Demystifying the wars of the future: the past and current state of water conflicts

17 March 2015: Climate change is expected to cause greater water scarcity and lead to increased conflict over the vital resource. Adan Suazo argues that conflict over water is not just an issue for the future. Conflicts over water have been increasing in number for decades and more needs to be done to address them. Image credit: Global Water Partnership
To say that cases of conflict over water will increase in the future is true, but to posit that they are occurrences worthy of the label “new” is not.
Most individuals, in at least one occasion, have heard assertions pertaining to the so-called “wars of the future”: the result of a realignment of perceived values over natural resources. Water, some say, will inevitably replace petroleum-based products as humans’ most precious resource, potentially becoming a substantial source of conflict. The reason behind such a statement may perhaps have to do with the current state of depletion to which water is subjected, which is further aggravated by an increasingly higher volume of water users on a global scale.

Much attention is given to war rationale as being connected to access to political office, control over territory, improved economic and social statuses, and to protection of minority groups, among others, but insufficient focus is given to how environmental variables affect the likelihood of both war and peace. In this regard, questions loom pertaining to the timeliness and urgency with which policymakers and researchers address conflicts over natural resources, most notably water.

This article will seek to position conflicts over water within a real timeframe in order to assess whether this conflict typology is recurring with enough frequency as to warrant a higher place in decision-making circles.  To do this, it will use data from the Pacific Institute’s Water Conflict Chronology to identify trends of conflicts over water between the 1950s and the 2010s.

To say that cases of conflict over water will increase in the future is true, but to posit that they are occurrences worthy of the label “new” is not.  It is imperative to understand this reality, for it will help in informing individuals and policymakers of the real sense of urgency required to address these types of conflicts. The graph above displays data on conflicts over water, where two immediate observations can be drawn. Firstly, the data dispels the mythical argument that asserts that conflicts over water and their ramifications will be of concern only in the future. As follows from the figures above, the world has featured a substantial amount of conflicts over water during at least 60 years. And secondly, it proves that even though the novelty value of the conflicts in question are put in dubious grounds, the frequency with which these conflicts occur only seems to increase as humanity delves deeper into the 21st century.

Why are conflicts over water increasing?

There may be a number of explanations for the above-noted upsurge in conflict cases. The first one is technologically-based, and more closely linked to the ability of datasets to document cases of conflict.  As advances in telecommunications allow individuals to have greater access to the happenings in local and/ or remote communities, conflict cases that may have otherwise only been discerned through anecdotal means or witness accounts are now easier to capture. As datasets become better-equipped to identify instances of war, it may occur that a higher volume of conflict cases will be identified, and therefore coded.

The second explanation is more aligned with the political realities of the time period between the 1980s and 2010s, which features the most acute rise in conflict cases.  This increase converges with a shift in policy that favoured decentralization and liberalization of natural resource ownership in many countries. As natural resource ownership became increasingly privatized, access to these resources (and their subsequent services) may have become gradually reduced. In the case of water, individuals and groups who perceived access to water under a nationalized resource scheme as being relatively open, may have found themselves in a situation where access to said resources became contingent upon a set of imposed preconditions, including premiums and quotas. Frictions therefore may have arisen when such preconditions could not be met by potential water users. Under these circumstances, individuals and groups that would have sought access to water peacefully may have become more likely to use war as a facilitation tool.

To say that conflicts over water are a concern for future generations implicitly exonerates policymakers from addressing these issues as they occur today.
The challenges pertaining to global water availability must be acknowledged by policymakers in the field of conflict resolution. Humankind already lives at a juncture where water resources have been proven to be in a drastic state of depletion, a trend that does not seem to ameliorate. In this regard, Gleditsch et al note that global water availability has reduced from 40,000 m3 per capita in 1800 to 4,692 m3 per capita in 1995.  Within such a backdrop, and once conflict has materialized, warring parties may be less persuaded to seek negotiated settlements during peace negotiations. Fewer resources with which to bargain may in turn lead to the perception that a struggle for access to water is a survival, zero-sum exercise, which may only be resolved via a military victory. Based on the increasing number of conflict cases presented in this article, this assertion seems to find support in the data.

In closing, to say that conflicts over water are a concern for future generations implicitly exonerates policymakers from addressing these issues as they occur today.  As follows from the observations of this article, conflicts over water are phenomena that have not only occurred, but that have emerged with a significant degree of frequency, a tendency that does not seem to improve as the 20th century is supplanted by an increasingly scarce and more heavily-populated new millennium. It is therefore necessary to institutionalize the realities of our current water availability situation in order to address the challenges that were once believed to be of exclusive concern to future generations. 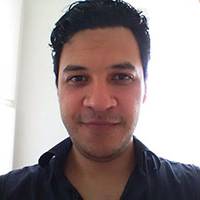 Adan E. Suazo is Associate Research Member and Coordinator of the Loyola Sustainability Research Centre at Concordia University, Canada. His research focuses on the relationship between environmental degradation and the peace processes.