Nature versus nurture in Chad: the challenge of peaceful coexistence between farmers and cattle breeders

04 March 2016: Large numbers of people in the Western Logone region of Chad practise transhumance – moving semi-nomadically through designated areas of land. But they are increasingly coming into conflict with farmers who wish to use the same space. The situation needs careful management, writes Bouyo Séverin. Goat herders in Chad. The conflicting needs of those who live off the land directly, and those whose animals use it for pasture, are increasingly in evidence in the Western Logone region. Image credit: David Stanley.

The agro-pastoralist conflict between farmers and cattle herders in Chad is not a new one. But it is a key local conflict issue, and not a single region in Chad has been spared.

There is a particular gravity to, and recurrence, of this conflict in the Western Logone region. The two communities of breeders and farmers lived in relative harmony here before 1979. Breeders practised transhumance, passing between different pastures according to the seasons and respecting the passages granted by Chadian Law No.4 of 1959 on traffic and parking "nomads", their inventory, routes and frequency of "nomadism", which allows for access to this land.

However, after the civil war in 1979, during which politicians manipulated the antagonisms between the North and the South – farmers and breeders, Christians and Muslims – relations between these two communities became more difficult. The problem arose more frequently in Western Logone due to several factors, in particular demographic pressure on the land.

The Western Logone, south of an area of oil exploitation, is the smallest but also the most densely populated region of Chad. Urban and rural spaces are monopolised by oil companies and large businesses, while, according to the head of the NGO Ngaoubourandi, small farmers have barely a hectare of ground to cultivate. He added that, in Moundou, the division of land is done in an anarchic manner and the poor are deprived of almost all of their land by a small group of rich people and businesses, with the complicity of state institutions.

Any increase in the number of breeders and their livestock leads to the devastation of fields, which is often left unpunished when reported to the authorities. With the administrative and military authorities often suspected of also working as breeders, the potential partiality is clear.

The farmers in these type of conflicts are made up of different ethnicities in the region, while the cattle breeders are a mix of different nationalities – from Nigeria, Niger, Cameroon and Chad. But there are also sub-groups of cattle breeders intervening in the conflict, and shepherds employed by cattle owners to drive their cows to pasture. These cattle owners support the breeders in military, material and financial ways before, during and after the conflict.

The farmers' interest is in the growing and maintaining of the fields to maturity. Land is a limited and shared space, and a rare commodity. Meanwhile, the cattle breeders' interest is to graze their cattle on a vast piece of land that is green and full of nourishment for their livestock. But when their cows have no grass, they will eat anything and ruin the fields of farmers.

When fields are destroyed the stance of the farmers is to ask for compensation for the damage caused, or the departure of the cattle breeders. But the cattle breeders want to stay in the area to benefit from the climate, the land and the business opportunities. Furthermore, the cattle driving coincides with periods of preparation, maintenance and harvesting of the fields. In sum, the overuse and simultaneous demands on the land between farmers and breeders mean a clear potential for conflict between these two groups.

State actors and community organisations have made various attempts at resolving this conflict. Among these was the public forum at Laokassy.

In light of the large amount of loss in human life, the regional authorities and civil service initiated management and prevention of conflicts between farmers. In the past, this method prevented and managed potential conflicts.

For example, first, in the village communities of land farmers with traditional chiefs, the representatives of the farmers and herders were freely chosen by their peers and were charged with overseeing regular reporting. Second, consultation, cooperation and development guidelines were created by local spokespeople and distributed at the community level.  Third, an adjudication and arbitration committee of herders and farmers was formed with equal number of appointed or elected farmers, herders, civil servants, religious leaders and technical advisors.

Other projects existed in the region to allow for the arbitration between the two communities. To name a few there are: the Defense of Local Interests Committee, the Council of Wise Men, the local chiefs’ round-table, religious councils and the unions. There are also civil service organisations who intervene at the prevention level. Thanks to the financial backing of their partners, these organisations have implemented programs aimed at educating, training, and advocacy which aim at reducing the impact of the conflict.

From our point of view however, all of these reconciliation programs are precarious because they do not address the true root causes of the conflict. It is impossible to practice extensive husbandry in the middle of what is predominantly agricultural land without creating recurring and mortal conflicts with the farmers.

Moving towards an appropriate and sustainable conflict resolution

For these kinds of conflicts, it is preferable to use conflict prevention methods which target the deeper sources of the conflict.

It is our opinion that the conflict between the farmers and the herders will never truly be resolved while the physical and psychological wounds remain unhealed, while material losses remain uncompensated, and while war-like proclivities remain undissipated. The two communities remain distrustful of each other.

The fear remains that a volcano of ill-will may explode any day. Essentially, the unsatisfied needs threaten to turn into agitation and anger, and eventually the anger could erupt into rage. This eventuality has already been realised in a confrontation between the two communities in the eastern Salamat and Logone, a confrontation which resulted in multiple deaths and wounds.

For these kinds of conflicts, it is preferable to use conflict prevention methods which target the deeper sources of the conflict. It is necessary to take a subjective approach to the conflict so neither group resorts to violence. If we wish to move towards a sustainable peace in the future between the two groups, it is necessary to encourage the transformation of this conflict by focusing on the transformation of society.

Thus, those involved in the search for a solution to the conflict should focus on five things: 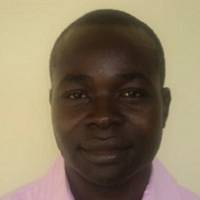 Bouyo Séverin Bouyo Séverin was Insight on Conflict's Local Correspondent in Chad until he passed away in 2016. A peacebuilder and human rights activist, Bouyo was working with GIZ on a variety of conflict prevention and peacebuilding projects. We would like to place on record our thanks to Bouyo, who was a joy to work with and whose commitment to local peacebuilding in Chad was evident from his commitment and contribution to Insight on Conflict. Bouyo was warm, funny and a source of inspiring information on the work of Chadian activists. We are sure he will be missed by all who knew him. 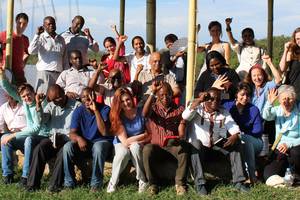 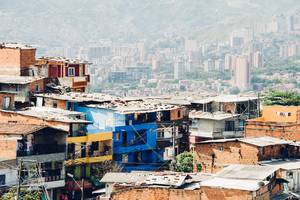