Abidjan is the capital of Ivory Coast's economy. But economic development has not been matched with political will to investigate past crimes or build a fair justice system, according to activists. Image credit: Willstephe Vaho

What are the key human rights issues in Ivory Coast?

Meetings and marches organised by political parties of the opposition have been systematically forbidden or repressed
We should respond to this question in terms of institutions and the consolidation of the rule of law. There have been some significant advances in terms of the government’s efforts on human rights. Several legislative projects in 2015 that consolidated achievements in Ivory Coast. Examples include:

- The new Law on torture, which defines and criminalises torture in the framework of war crimes and crimes against humanity.
- The inauguration of a Commission on access to information in the public interest, CAIDP.
- The drafting of legislation by civil society protecting human rights defenders, which has been submitted to the human rights ministry.

However, the situation is far from ideal in terms of the consolidation the rule of law. Despite numerous appeals to the government, the freedoms of association and demonstration have remained under strict surveillance. Meetings and marches organised by political parties of the opposition have been systematically forbidden or repressed. As an illustration, local organisation the APDH records that during 2015, an electoral year, at least 99% of the meetings organised by the opposition were violently repressed either by the police, under the pretext that they were not authorised, or by the regime’s supporters in complicity with the police, who watched aggression without intervening. These attacks often resulted in serious injuries and arrest. For instance:

- In March 2015, a meeting organised by Aboudramane Sangaré, one of the FPI leaders, was violently repressed in Yopougon.
- In May 2015, a meeting of Kouadio Konan Bertin, an independent candidate for the October 2015 presidential elections, was forbidden in Gagnoa.
- In June, a demonstration organised by the opposition party COJEP, planned in the “Toit Rouge” district of Yopougon, was repressed by security forces. All the other meetings were repressed even though 2015 was supposed to be an electoral year during which political parties usually organise meetings to mobilise their voters.

The use of repression and imprisonment is likely to radicalise positions and fuel violence
Even for the press, which represents a good barometer of democracy, APDH notes that national radio and television had difficulties in remaining impartial, unable to report on opposition and civil society activities. Several opposition supporters and leaders have been arrested and detained in recent years.

For example, Lida Koumassi Moise (former defence minister during Laurent Gbagbo’s regime) was arrested on 24 November 2014 and has remained in jail since then without any judgment. After more than a year in the central prison of Abidjan, he was transferred to the criminal camp of Bouaké, where he is still in jail.

On 7 January 2015, Doctor Assoa Adou was arrested and detained in Abidjan, soon after his return from exile in Ghana. He continues to be imprisoned.

Danon Djédjé, Hubert Oulaye and Justin Koua, all opposition leaders, were arrested in May 2015. Djédjé has been provisionally released, but the others remain in jail.

Many others who were imprisoned in the context of the post-electoral crisis continue to languish in prison today, some without trial. Among them are a significant number of former soldiers, police officers and gendarmes. Furthermore, student demonstrations, which have become almost daily in the last few months, are also violently repressed by the police who have units permanently based on campus.

In April 2016, a punitive night-time police raid on university residences resulted in several serious injuries, as well as accusations of rape. But despite government denials, no investigation has been led, despite the calls of the APDH. This almost permanent use of repression and imprisonment as the only response to student protests is likely to radicalise positions and fuel violence.

At the judiciary level, every trial in relation to the post-electoral crisis has been directed at dealing with supporters of Laurent Gbagbo’s regime. This has led to talk of a “victors’ justice”.

On the security front, while security indices have improved in the last few years, the APDH notes that the phenomenon of “microbes” and “gnambros” continues to be worrying.

All these issues darken the picture of human rights in the Ivory Coast.

Are there any political prisoners in Ivory Coast? How many?

True reconciliation depends on fair justice
The issue of those imprisoned is a plague of this regime. The government does not recognise the presence of political prisoners in Ivoirian prisons. However, for us, those who are imprisoned for demonstrating or due to their alleged support for the former regime are political prisoners. And they are numerous. We do not have the exact figure because our investigation has not yet been completed. But we estimate that there are currently around 200, if we take account those who have died or been released.

What are your views on reconciliation and peace in Ivory Coast, in particular in relation to national and international justice?

To use the metaphor of Professor Francis Wodié, for us justice has to be a needle that brings together two pieces of fabric. This image conveys the role that justice should play in the framework of reconciliation in Ivory Coast. However, alas, this is not what is happening. We see national and even international justice going in one direction, targeting supporters of former president Laurent Gbagbo, while all the human rights organisations including the APDH have documented human rights violations from both sides [of the war], including supporters of Alassane Ouattara.

This creates the feeling of justice on the orders of the executive branch. The massacres in Duekoué, Carrefour, where more than a thousand people were killed in a day, at the Nahibly IDP camp, the mass killings in Bouaké… these are crimes that should not be silenced. These events need to be taken charge of in order to bring justice to the victims.

What does APDH suggest to help build sustainable peace in Ivory Coast?

For the APDH, true reconciliation depends on fair justice that treats all victims equally and holds accountable every perpetrator. The absence of fair justice is the basis for proposals for an amnesty law. If Ivoirian society remains deeply polarised, this is the consequence of an uncomplete project of reconciliation, in addition to security and economic issues. These grievances, if resolved, could promote reconciliation.
Share
Tweet
« Previous post Next post »
Share
Tweet 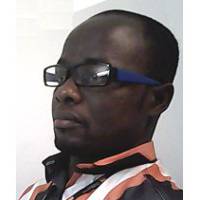 Daniel Ozoukou is a Political Analyst. He holds an MA in Languages and Humanities at University of Cocody (Ivory coast) and graduated from the Faculty of Law and Political Science University Nantes (France). He has published widely on peace, democracy and governance matters. He has worked with media including Sahar International TV (Iran), VOA (USA), Radio Côte d'Ivoire, and United Operations in Côte d’Ivoire radio. Daniel Ozoukou has also collaborated with Afrology Brussels, Continental news Paris and Oye Times Toronto as a political Analyst. In 2008, Mr Ozoukou received an Award from AfriMAP (Africa governance Monitoring and Advocacy Project) for a research paper on governance in Côte d’Ivoire.

Local peacebuilding: What works and why 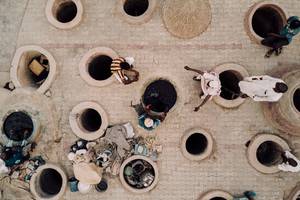 This report, a collaboration between Peace Direct and the Alliance for Peacebuilding, explores the effectiveness of local peacebuilding, sharing real and impactful initiatives from around the world. Read more » 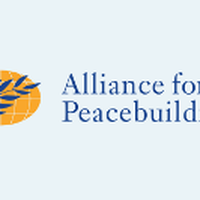