To build a Syrian house: When poetry and peace intertwine

23 July 2018: Poets Antony Owen and Isabel Palmer have written for over 10 years on issues relating to conflict and peace. Here, they reflect on the strength of poetry to provide depth and truth to the first-hand experiences of conflict, and to breath life into dreams of a peaceful future. Through exploring several poems provided by our guest contributors, this article seeks to present ways that poetry can help people come to terms with conflict, share their lived experience, and communicate stories about peacebuilding from civilians who are often overlooked in conflict zones.

The Power of Creativity

In Hunger Camp at Jaslo, poet Wislawa Szymborska claims, ‘History counts its skeletons in round numbers’. Yet, in areas of active conflict such as Syria, Yemen, Afghanistan and Central African Republic, there are often few reliable numbers, round or otherwise, about the effects of war and conflict. Even when figures are available, round numbers don’t begin to express the complexity of the human experience of conflict, and fail to adequately portray the private spaces where the impact of war on individuals, especially women and children, is felt. Poetry can bring a depth, truth and nuance that the hard-hitting images and statistics of reportage can fail to provide. Poets Antony Owen and Isabel Palmer have written on issues relating to conflict and peace, from 'Shell Shock' to Battle Fatigue to PTSD. Here, they reflect on the strength of poetry in coming to terms with conflict, and communicating stories about peacebuilding from civilians who are often overlooked in conflict zones.

Poetry can bring a depth, truth and nuance that the hard-hitting images and statistics of reportage can fail to provide.

The arts have long been celebrated for their ability to develop a social conscience; whether it be through the promotion of freedom of speech, the amplifying of marginalised voices and communities, or commenting on political, social or cultural movements through imagery, sound or words. As David Constantine said, ‘Those who can trouble the decision-makers with images of what their decisions cost, should do so.’

As of June 2018, Saudi-backed forces began attacking the Yemeni port of Hudaydah, jeopardising vital deliveries of humanitarian aid to civilians devastated by three years of war. The following poem is an example of putting the ongoing suffering faced by civilians who have been devastated by three years of war into words. The poem was written to highlight what had already been lost as a result of war.

Dust is Sana’a, plucked from the waters of The Flood,

Dust are the stalls selling alfalfa and marigolds to women

with headscarves full of walnuts, the barrows of oranges,

of incense: sandalwood, frankincense and myrrh.

Dust is children, throwing their milk teeth to the sun;

farmers buttering the horns of a bull; a camel kneeling,

offering its throat to the knife, the sun-cracked sky

only their heads above the ice; herons, dragonflies, pomegranates,

peaches and pumpkins in hanging gardens, their hands cupped for rain;

Dust is the frothy wheat-bread, soaked in ghee…the honey from bees

Dust is the smell of jasmine and the sea, feathers, fireworks;

with civet, ambergris, with the lightning bloom

in sand, dust, air, trickling from one world to the next,

an hourglass that no-one remembers to turn over.

For those of us who don’t live in areas of active conflict, our experience of it comes from instant replays and highlights provided by the media. Poetry can bring a metaphorical depth and richness through its description of sounds, smells and sensations that provide a glimpse into the lives of the ordinary people experiencing conflict first hand, and create empathy and connection. They can also provide support and solace to those who have, or still are experiencing conflict.

They can put into words a mother’s feelings as her son serves in Afghanistan as a lead scout, a son’s concerns for his father who sustained lifelong shrapnel wounds in France, or an uncle who spent two years in psychiatric hospital after experiencing conflict. Local peacebuilding organisations in Pakistan have shared how young people in their peace education sessions developed a keen interest in poetry as a way to help them articulate their feelings about radicalisation, pluralism and peace.

Poetry can bring a metaphorical depth and richness through its description of sounds, smells and sensations that provide a glimpse into the lives of the ordinary people experiencing conflict first hand, and create empathy and connection.

This poem, written on the conflict in Syria, is one example of giving meaning to how communities and families are trying to come to terms with the devastating consequences of war, and rebuild their lives and a brighter future.

To build a Syrian house

“Aleppo only smells of death and oranges now”

One of over 70 million displaced human beings in the world.

it was rain that lifted the essence of Syria,

rape seed was not a covered man hauling God

the flower-seller yielded lobes of Jasmine not sliced ears and Kalashnikovs.

I remember washing your back in the bath,

your toe pressed into the faucet, we were blood in water

for three nights we lit spirits and tried to make a baby as muezzins wept.

To build a Syrian house you need sage for the bodies we leave in the street,

you need to leave shoes on shallow graves and poison for skinny foxes.

say them quietly and always do so in dark wearing dark clothes.

we danced like Russian newspaper pages in God’s last street

Making peace by believing in peace

The voices of women writing about war are often the ones that are side-lined and silenced. Women are disproportionately impacted by conflict, yet remain underrepresented in peace negotiations, despite being important stakeholders. Similarly, women war poets have often been marginalised on the grounds that they are secondary witnesses to conflict, appropriating someone else’s voice. Most people are familiar with the soldier-poets of the Great War: Owen, Brooke, Sassoon, Edward Thomas but fewer know the poetry of Alberta Vickridge, Winifred Mary Letts, May Herschel-Clarke and Eleanor Farjeon. By celebrating these voices, the focus is shifted to the experiences and the people who often feel the most severe effects of conflict and violence, but through whom lasting peace can be built.

C.S. Lewis claimed fairy tales are ‘spiritual explorations revealing human life as seen, or felt, or divined, from the inside’. This is true of poetry too. Nowhere is the potential of poetry to provide hope, emotional sustenance and social comfort more evident than in the landays that Afghan women recite or sing, to the beat of a hand drum, at gatherings of often illiterate women. Poetry is revered in Afghanistan but women create these couplets of 22 syllables in secret (as women singers are judged to be prostitutes) but share them via radio, Facebook and text, building peace through poetry. Often bawdy or rebellious, landays must take on one of five subjects: meena, love; jang, war; watan, homeland; biltoon, separation; and, finally, gham, which means despair or grief. Eliza Griswold has collated many wonderful examples here: http://www.bbc.com/culture/story/20161116-the-22-syllables-that-can-get-you-killed

The following poems were developed by our poets, as examples of jang (war) and watan (homeland) Landays. They were inspired by reflections on how ordinary moments of peace in places like Afghanistan can be extraordinary, and how sport can be a powerful and efficient mechanism for peace and reconciliation. Spoken as women’s voices, these landays speak to the experience of war and of hopes for a peaceful future for Afghanistan and for the world.

In order to make peace, one must first be able to imagine peace, and the following examples show how imagining and believing in peace in a place that has been gravely affected by conflict, can help to see it as a reality.

Nowhere is the potential of poetry to provide hope, emotional sustenance and social comfort more evident than in the landays that Afghan women recite or sing to the beat of a hand drum. Poetry is revered in Afghanistan but women create these couplets of 22 syllables in secret and share them via radio, Facebook and text, building peace through poetry.

“The planet does not need more successful people. The planet needs more peacemakers, healers, restorers, storytellers, and lovers of all kinds” -Dalai Lama

Child, you shall see my face uncovered

Like sun through sky and dandelions through black asphalt.

Husband, you shall feel my heart on yours

Pulsing with heatwaves we will kiss watchful eyes of sky.

After the prying mountains and sky

Peace comes in the returning birds to returning rain.

A stadium for stability, a podium for peace

We will build a stadium here for peace,

open to the air, the whole world on its feet, cheering.

Soon peace will stand on this podium,

accept the medal, the flowers, sing her own anthem.

Ordinary moments of peace in places can indeed be extraordinary, and we invite anyone who has been inspired by this article to write their own poems in the comments below. 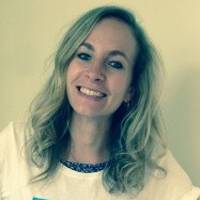 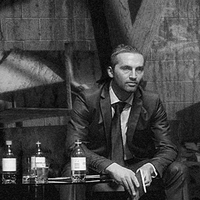 Antony Owen is a writer from Coventry and the author of 5 poetry collections since 2009. His latest collection The Nagasaki Elder was shortlisted for the coveted Ted Hughes Award and he is one of the leading writers of war and peace poetry active in 21st century poetry. 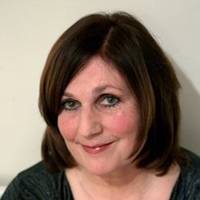 Isabel Palmer has been co-editor of Flarestack Poets since 2016. Winner of the National Army Poetry Competition 2018: Writing Armistice, she recently ran poetry workshops for war veterans and is is working on a new collection with Antony Owen. Her first full collection, Atmospherics, with a Foreword by Sir Andrew Motion, was published in Home Front (Bloodaxe Books, 2016), with collections by three other women poets affected by war.