16 August 2019: In this guest blog post, peace activist Malalai Habibi discusses women's inclusion in the Afghanistan peace process. She calls for action that paves the way for more participation from people from all walks of life in the peace process, to steer the country country towards a peaceful and inclusive future.

Afghanistan's peace talks are ongoing, yet we barely hear of any women present at the table when talks take place. The rhetoric of emancipation of Afghan women has been one of the most cited reasons in the Western media behind the US war in Afghanistan. Yet now that the peace talks are underway, they are systematically excluded from one of the most important decisions in the history of their country. Unless the government of Afghanistan, the Taliban, and the international community take serious steps toward including women, it will be a total disaster and any agreement that is reached will be neither inclusive nor acceptable, durable, or peaceful.

Since 2005, Afghan women have been present only twice in the previous rounds of Afghanistan-Taliban peace talks. In the roadmap for peace introduced by Afghan president Ashraf Ghani at the end of 2018, there are only two women on the 12-member negotiating team, in spite of his previous emphasis on the role of Afghan women in peace negotiations. More shocking is the fact that there haven't been any Afghan women in talks between the Taliban and the international community. The presence of women is not only important for fairness and inclusivity but also crucial for the durability of any negotiated peace. According to the International Peace Institute, the inclusion of women in peace processes has a great impact on their durability.

The presence of women is not only important for fairness and inclusivity but also crucial for the durability of any negotiated peace.

An imperative, not a gift

Women’s inclusion should not be viewed as a gift to be granted but as a strategic imperative. It is the Afghan women who, through these recent 18 years of activism, advocacy and movements, have established great access to grassroots activities and to local people. So, they can very effectively contribute to facilitating a bottom-up approach in the Afghan peace process. Afghan leaders, the Taliban, the US and other actors should take into account that Afghan women have great leverage on any peace deal and excluding them will have an adverse effect on the process and durability of negotiations and peacebuilding efforts. They have to rethink their strategy and to adopt an inclusive approach and boost the chances for peace.

It is the Afghan women who, through these recent 18 years of activism, advocacy and movements, have established great access to grassroots activities and to local people.

The inclusion of Afghan women in the peace process is even more crucial when we consider the fact that the Taliban is not the only group that disregards them; Afghanistan’s patriarchal, discriminatory, male-dominated political and social system has also sidelined and overlooked them. So, women’s rights and interests will be sidelined twice over; traded away and compromised by male representatives at the negotiating table who see them as peripheral and secondary, something to be taken care of in good time.

This is the very legitimate fear for many Afghan women: that they will lose their hard-won gains and the great strides made in the last 18 years. Despite the rhetoric, very little if anything has been done by the international community and Western governments to ensure and facilitate women’s inclusion in the Afghanistan peace process so that their issues and rights are taken seriously.

The Taliban, the Afghan government and the international community should include Afghan women in any peace process – not just in formal discussion but as part of its design and implementation. It is not only the right of the Afghan women to have a place at any peace table, but their duty and responsibility. They are half of the country’s population, and in fact are the half that has suffered more through these decades of war and conflict. Habiba Sarabi, the deputy of the High Peace Council once said “[w]ithout women it will be a broken peace.” Given the importance of ensuring women’s inclusion, both the government of Afghanistan and the international community need to do better in fulfilling their obligation to Afghan people. This means paving the way for more participation from people from all walks of life in the peace process, so that they steer their country towards a peaceful and inclusive future.

Malalai Habibi Malalai is part of the first Master‘s cohort in the Keough School of Global Affairs at the University of Notre Dame concentrating on International Peace Studies. Previously, she supported peacebuilding, educational, and cultural activities with various entities such as the Afghanistan Embassy and Tehran Peace Museum in Iran and Herat University in Afghanistan. Her research focuses on governance, anti-corruption compliance and women’s inclusion in social and political spheres. She wrote her MA capstone project on women and their presence at the Afghanistan peace process. Most recently, she worked on women, peace, and security, anti-corruption compliance and the Afghanistan peace process in Washington DC. 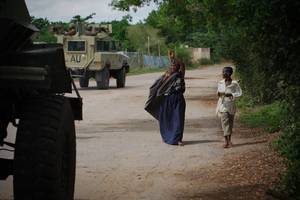