27 January 2020: Binalakshmi Nepram is working tirelessly in the United States to spread the word about a long-simmering conflict in India's Northeastern region of Manipur. There, an insurgency has led to a military crackdown and the killing or disappearance of thousands of residents by state and non-state actors.

Nepram founded the Manipur Women Gun Survivors Network, which for 15 years has helped widows and other surviving family members by providing small amounts of money to start their own businesses. She is currently teaching at Connecticut College in the United States, where she continues to engage in peacebuilding, women's empowerment and civil rights.

During a recent visit to Washington, D.C., Nepram spoke to Peace Direct about her experiences in her home country and why she continues to pursue peace. This interview was edited for clarity and length.

I work with women in resolving one of the longest-running armed insurgencies, which has been raging since 1949 after the partition of India. We have had martial law in our region for the last 60 years.* Our work is extremely difficult when trying to find peace in a place where the guns of state and non-state actors have been pointing at us for all these years. We try to seek solutions for peace; women-led peace in this case.

I started my peace work because I couldn't stand injustice and oppression. For me, I responded to a 70-year-old conflict with military law imposed on our people. I did this work for thousands of people who have disappeared or been killed. I did it in memory of my 14-year-old niece who died in this violence. And I did it for 20,000 women who are now widows.

Peacebuilding for us is our attempt to just live a peaceful life, where you can smell the flowers, go to a forest without the fear that you may be shot.

Currently, in my region we have a lot of lock-downs, military curfews. We have our internet stopped for days or weeks. Anyone can be arrested on mere charges of suspicion. Peacebuilding for us is our attempt to just live a peaceful life, where you can smell the flowers, go to a forest without the fear that you may be shot. Peacebuilding for us is to be able to walk in the streets at night without the fear that the military or insurgents will hurt you. 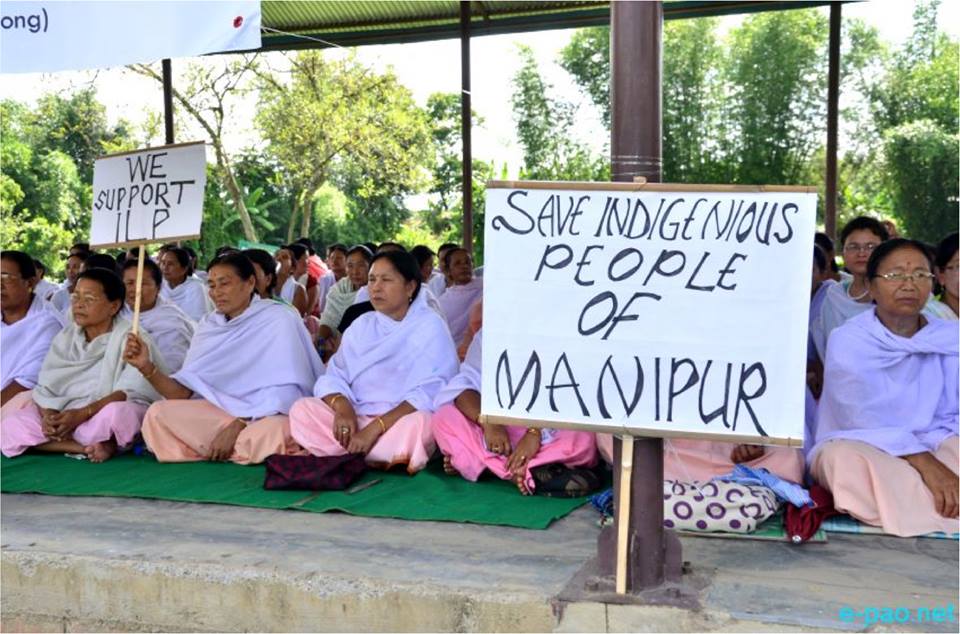 In war zones, they try to silence you. (Both state and non-state actors) As a child, even before you know the word peacebuilder, they shut your voice up. I was constantly told to keep quiet, not to ask questions, because as a child I always asked questions. When you start to work to highlight the issues of violence, the government accuses you of being sympathetic to opposition groups. And when we started informing people that living a life filled with guns is not normal, then non-state armed groups thought we were working to disarm them. Being accused of being pro-government or pro-rebel really hurts our image and dents our credibility.

The human spirit is one of resilience.

Then the threats come. Real threats. I was told that I could be killed by hiring a gunman for $250.  I realized that the cost of taking someone's life could be as cheap as the price of a chicken (250 Indian rupees).

Not just me as a peacebuilder, my family suffered intensely because of this. Even as I went into exile, the threats didn't stop. Over social media, people saying “lynch her, burn her house down,” trying to character assassinate me. All this takes a toll. But the human spirit is one of resilience.

Sometimes even a single letter saying that “we stand with Bina and her team and their fight for justice” can mean the world to us. When someone opens their home at that time when you just needed a rest, when you have fled a situation, that itself gives me hope. The power and energy of these few have been the greatest light of hope in my moments of despair.

I've had moments in my life where there's a phone call and a girl is screaming out for help because she has been raped. And in 30 minutes I have to get dressed and reach out to her. Or somebody who we're trying to save has died, and you leave your seven-month-old baby and go to the mortuary. To decompress, I started making one day a week where it's just about you, your family and nature. I used to work on Sundays. Now I don't.

Also, it’s important to have good friends around, who can be that positive spirit. Because sometimes when you're a peacebuilder, not even your spouse understands what you do. Not even your family understands what you do. It's different than when you say you're a lawyer or a scientist or a doctor or professor. When you're a peacebuilder, people are like, are you mad? Are you crazy? At that time, the support of friends can be really cathartic.

Third, to practice a hobby or an art. For me, writing does that. I have a journal and I write profusely.

Peacebuilding work can be extremely rewarding and extremely challenging. Peacebuilding work is 99 percent perspiration and 1 percent -- OK, it's 100 percent perspiration! Raising funds is hard, because we are working all the time at the frontlines. Peacebuilding doesn't happen overnight. It won't always lead to a Nobel Peace Prize. No award is more rewarding than seeing the face of a mother whose two sons were shot dead, smile again. I've seen that woman.

* India's northeast region has been under martial law since 1958, when the Armed Forces (Special Powers) Act, 1958 was passed into law.