27 August 2020: From August 27th, the repatriation of the first group of Burundian refugees returning home from Rwanda is set to get underway. In this article, our local peacebuilding expert from Burundi* analyses the diviside repatriation process, and why it's an important step towards peaceful reintegration.

*The author is a peacebuilder from Burundi who wishes to remain anonymous due to the security situation in the country.

A tripartite agreement between Burundi, Rwanda and the United Nations High Commissioner for Refugees (UNHCR) for the repatriation of Burundian refugees on Rwandan soil was finally reached on August 13th. It took two weeks of bitter discussions to reach a compromise. According to Elise Villechalane, UNHCR Rwanda's Communications Officer, the first group of returnees is expected to return to Burundi from August 27th.

The process is taking place in the midst of a tense political context. A group of 331 refugees based in the Mahama refugee camp in south-eastern Rwanda petitioned President Ndayishimiye at the end of July to assist them to return home. They said:

"We ask you, Excellency the President of the Republic of Burundi, to repatriate us with dignity and legality as your children. We fled the ‘third term’, it is no longer relevant, the political crisis is not there. The demonstrations and the insurrectional movement have been brought under control. So, nothing can justify that we remain in exile under untenable living conditions."

Reacting to this request, the new Burundian head of state accused Rwanda of preventing Burundians from returning to their homeland and of speculating on their fate as "a mortgage". In a speech delivered during a visit to Busoni in Burundi’s Kirundo province which borders Rwanda, President Ndayishimiye declared that his country would not have relations with "a hypocritical state" that takes refugees hostage and shelters criminals.

These accusations are strongly rejected by the Rwandan government in Kigali. Speaking to the press, the Minister of Foreign Affairs said that "this information is absurd and does not reflect reality," adding that Kigali is willing to take part in efforts to ensure the dignified return of Burundian refugees to their homeland, in cooperation with the United Nations High Commissioner for Refugees (UNHCR).

Within the refugee community, the repatriation process is extremely divisive. While the signatories of the petition say they are eager to leave their homeland, most refugees remain sceptical. Emmanuel Bizimana, one of the signatories said on BBC Great Lakes Radio: "We have had time to learn about the situation in the country and we are told that the security situation is good. Even if it is not 100% guaranteed, it has clearly improved compared to 2015." For him, the decision to write a petition was motivated by the fact that some people who had spoken on behalf of refugees did not consult them. The petition seeks to change that.

However, the desire to return home is not shared by most refugees. A good portion of them will not respond to the President’s call to return home. This concern is justified by recent remarks made by the Burundian President in Busoni. He stated that the government will not seek friendship with a country that harbours another country's enemies and holds Burundian refugees to ransom.

For many refugees, President Ndayishimiye failed to keep the promise he made at his swearing-in ceremony last June to ensure the return of all refugees and work towards national reconciliation. In addition, he is reportedly fuelling conflict in the Great Lakes region instead of restoring good relations with neighbouring countries. They want tangible guarantees, not just words, before considering return.

For many refugees, President Ndayishimiye failed to keep the promise he made at his swearing-in ceremony last June to ensure the return of all refugees and work towards national reconciliation

“A safe and dignified return”

Officials in Gitega province were delighted at the prospect of receiving thousands of refugees from Rwanda, even as the number of applicants is expected to increase. According to a government source, all necessary steps are being taken to ensure a dignified repatriation of Burundian citizens; the first group is expected to arrive from August 27th. The returnees will be temporarily sheltered at sites in Songore (Ngozi province) and Kinazi (Muyinga province) before being transported to their places of origin.

For its part, the Rwandan government affirms its readiness to facilitate the safe and dignified return of refugees who choose to return home and to protect those still on its territory. UNHCR Rwanda also expressed its readiness to assist any refugee who voluntarily requests to return and to provide the necessary logistical support needed, including transport, food aid and medical kits.

This latest repatriation process represents an important step towards ensuring the safe and peaceful return of thousands of refugees exiled since 2015. It is also the first massive repatriation of refugees from Rwanda. Until now, most of the returning refugees have come from Tanzania. All returnees must be assured that their safety will be guaranteed and that they will have access to their land and other property. Their successful reintegration into their communities will encourage those who are still in refugee camps throughout the sub-region to consider their own return. Peaceful repatriation will also signal that the political and security context in the country is gradually normalising, a few months after the election of Ndayishimiye. 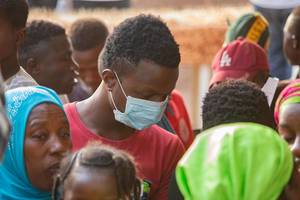 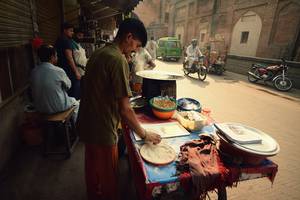 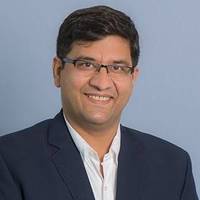