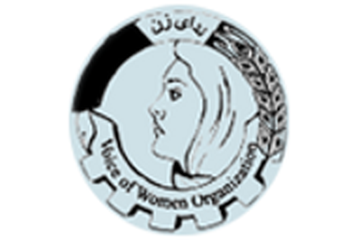 The Voice of Women Organization (VWO) was established in 1998 by a group of Afghan professionals and specialists representing various fields of work, including doctors, engineers, lawyers and social workers. The group started in order to create schools for girls in the capital city of Kabul under the oppressive regime of the Taliban. They risked their lives by defying the Taliban regime and their strict interpretation of Sharia, to allow young girls an opportunity to gain an education in secret schools. After the fall of the Taliban in 2001, VWO was the first women’s NGO to approach the new administration for registration and was the first NGO to be formally registered in the post-Taliban era.

VWO supports and assists underprivileged women and children in Afghanistan. The organisation has carried out several critical relief and rehabilitation programs for vulnerable women and children by attracting international donors and agencies toward its humanitarian and development activities in the country. VWO was the first agency to take the initiative of providing Afghan women prisoners with in-kind assistance at the Kabul female prison.

By 2004, VWO's board of directors had realised the overwhelming attention that donor agencies and international community had placed on Kabul and the eastern region, and saw a lack of attention and support for women in the western region of the country. Thus, they decided to shift the headquarters of the organisation to the western city of Hirat and began providing much needed assistance to female prisoners in Hirat's female prison facilities.

Since shifting focus on the western region, VWO has carried out numerous projects to improve the social and economic conditions of women and young girls in this region, and to work towards a reduction of gender-based violence, domestic violence and violence against women.