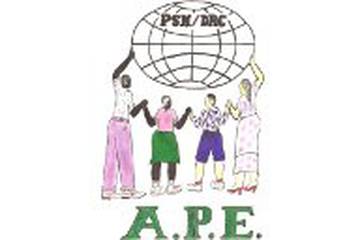 Conflicts: Democratic Republic of the Congo

Passion for Souls Mission / DR Congo (PSM/DRC) was established in 2009 by a group of people concerned about the affect the long-running conflict was having on their community. The years since 1996 have seen one of the world's most deadly conflicts in DR Congo, whose victims include not only those killed but the many who have suffered of  sexual violence, children forced to bear arms, widows, orphans, and those affected by the spread of HIV/AIDS.  PSM/DRC was setup to contribute to peace and improve the life of vulnerable groups such as these. PSM/DRC engages in a range of activities aimed contributing to peace in North Kivu. For example, they work with child soldiers, assisting their demobilisation and reintegration back into society by offering work training and help to reunite them with their families. We thank you for the act you’ve done for us, to bring for us our son from armed force, that we believed him to have been lost, may PSM/DRC live for ever. - Kivaya Kamble

They also work with armed groups to raise awareness on conflict issues. PSM/DRC have set up radio clubs to spread the message of peace to the most remote parts of the region.

Increasing awareness of the NGO PSM/DRC for the non-use of child soldiers in the armed forces will allow a good future of our country DR Congo. Congratulations to PSM/DRC. - Major Jean Claude Katambala, Commando 7th Brigade at Rughenda

PSM/DRC is also involved in directly resolving conflicts in the community. The organisation has established a centre for conflict resolution where people can present their conflicts to be resolved by trained mediators. To date they have solved 42 cases. The centre also provides training, seminars and debates on methods of conflict resolution. Other organizations must take on the same behaviour as PSM/DRC, especially in what it is doing today in the reintegration of former child soldiers. - Maman Germaine

I was really ill-treated in armed forces. I thank PSM/DRC for saving and protecting me when I came back from there. - Muhindo Luhavo Dieme, former child soldier