After its independence in 1964, governments’ continuation of divide and rule tactics, forced displacement, and arbitrary borders of the colonial era left deep wounds in Kenyan society. Ethnic tensions continue to be frequently exploited for political gain, and grievances over land distribution are a rallying cry for militias across the country.

In 2007, high-level corruption and disillusionment with Kenyan political life led to Post-election violence which left 1,200 dead and 300,000 internally displaced. Tensions again rose in the run-up to the 2017 election, amid fears of a repeat of 2007. Uhuru Kenyatta initially looked to have retained his presidency. However, his opponent, Raila Odinga, refused to accept the result accusing Kenyatta of election fraud, submitting a formal challenge to the country’s Supreme Court. The election results were nullified and Kenyans are due to go to the polls again in Octber. Post-election violence has also occurred, resulting in over two dozen deaths.

Kenya’s political instability also manifests in border disputes between county territories exacerbated by a severe drought, and politicians’ strategic exploitation of ethnic division. The drought has pushed herders into farmlands in search of pasture. Together with political rhetoric of “taking back” land previously lost, this has prompted retaliatory raids and violent clashes between agriculturalists and pastoralists. 40 people have been killed in such violence since early 2017.

Another important issue is the involvement of Kenya in Somalia as part of the AU’s AMISOM mission targeting Al Shabaab, beginning in 2011. Since then, retaliatory attacks in Kenya have increased. This has included an attack on a Kenyan university in 2015 that resulted in 147 civilian deaths. 2016 and 2017 have also seen attacks on Kenyan military bases in Somalia, extensive IED use, and civilian beheadings. 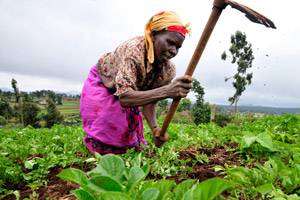