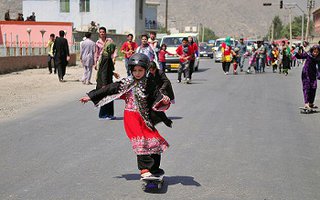 Sport is becoming more and more popular amongst the youth in Afghanistan, serving to foster a sense of unity and national identity. Image credit: UK in Afghanistan

Sporting diplomacy for peace and development is a growing phenomenon in Afghanistan. Thirty years of conflict and centuries of tribal and ethnic marginalisation have left the nation deeply divided and without a unifying identity. With sport becoming a popular interest, especially among the youth, football, cricket, and rugby are all playing a greater role in bringing the nation together. While much more needs to be done to recognise and invest more in sport, early successes over the past few years are indicating the clear potential, hunger and ambition to turn Afghanistan into an internationally competitive sporting nation. Sport is already becoming intrinsically linked with national identity, harmony and unity.

The second annual United Nations International Day for Sport and Development, held on 6 April 2015, highlighted how sport can be an effective tool for peacebuilding and development. In 1978, the United Nations Educational, Scientific and Cultural Organisation (UNESCO) established sport as a “fundamental right for all”. The April event is a reminder that this right is often ignored or violated, no less in Afghanistan where rule under the Taliban meant a tragic decline in sports. Since the fall of the regime in 2001, sport has made a spirited return.

Bridging divides: sport as an avenue for social cohesion

Great strides have already been made. Cricket has had a meteoric rise in Afghanistan: last year Afghanistan defeated Kenya in the Twenty20 World Cup 2014, and qual­i­fied for the World Cup 2015 for the first time ever. Cricket has itself become a positive narrative of hope and potential. Many of the players were born in refugee camps in Pakistan, a country where cricketing culture is well established. Playing in schools and streets, interest in the game matured to create genuine talent. Kabir Khan, a former Pakistan Test player who now coaches the Afghan side, states: “[t]hese players have a real hunger for the game. Throughout their lives they have seen real lows and a lot of hard times during the war and afterwards. They want to prove to the world that there is more to Afghanistan than war.” The tale is one of bringing normality to young lives uprooted by conflict, and recognising that violence is not inevitable. When Afghanistan's cricket team recently qualified for the World Cup for the first time, national celebrations showed how sport can be a narrative of hope and potential in divided societies.  Image credit: scrolleditorial
In a deeply divided society, times of national celebrations show how uniquely effective sport can be in bringing people together
Football has had similar success. In September 2013, the Afghan football team beat India 2-0 in the South Asian Football Federation Championship to bring home the trophy. This culminated last year with FIFA awarding the Fairplay Award to the Afghan Football Federation in recognition of its work, developing grassroots football and training young players.

Speaking about this award, Tokyo Sexwale said “It takes a great amount of dedication and hard work to develop football at grassroots level, to build infrastructure for the game so that it can grow, and to nurture a national league in the midst of years of violence and destruction. But that is just what this remarkable and worthy winner has achieved.” In a deeply divided society, times of national celebrations show how uniquely effective sport can be in bringing people together in a collective show of unity and belonging, whether Pashtuns, Tajiks, Hazaras, UzbeksAimaks, Turkemen or Baloch.

Sport also has an important role in disarmament, demobilisation and reintegration (DDR) programmes. Whilst handing over arms is one aspect of DDR, such programmes are only successful if they prevent a remission into violence. Sports activities designed for reintegration of participants can help promote peaceful social values within an environment where aggression can be transcended and reconciliation and respect between opponents can be fostered.

Additionally, sports programmes linked with development initiatives have helped empower youth by creating new opportunities and potential for change. Skateistan is an NGO providing skateboarding lessons and access to education for street-connected children, allowing them to form new relationships to overcome social barriers. Organisations like Skateistan are crucial for tackling youth development issues by supporting the reintegration of this often marginalised demographic, and offering a more secure route to social and economic opportunities. Bridging the gap: sport as an avenue for female empowerment

Women’s sports are tentatively being accepted and expanded. The 2012 Olympic Games has stood out has a testament to the rise of female athletes, such as Tahimina Kohistani, who represented Afghanistan in women’s 100 metres.  Her participation alone is a huge victory for women’s inclusion and recognition on the international sports stage, but also highlights the many challenges that women face in her country: “In my society, there is no sport for females. My people do not accept sport for women... All along there have been people who wanted to disturb me, to stop me... I represent a country where every day there are suicide bomb blasts. It is important that a girl from such a country can be here. ” Sport in Afghanistan is becoming an avenue for female empowerment. Tahimina Kohistani competed for Afghanistan in the 2012 Olympics, becoming a figurehead for women in sport. Image credit: Asian Media

Sport is rapidly becoming an avenue for women’s empowerment. Awista Ayub is a powerful symbol for bridging human rights with sport. Founder of Afghan Youth Sports Exchange (AYSE), Awista has spearheaded the movement for women’s football throughout Afghanistan. By promoting female and youth participation in sports, “young girls who participate in sport learn to be more confident, self-assured, and aware of their identity.” Although the situation has improved considerably, there is still the need for secure proper facilities to develop women’s football. It will require sustained investment, political support and commitment to bring women into the mainstream of competitive sports and put sportswomen on the map. Only then will sport truly thrive in Afghanistan.

Looking to the future: what more can be done?

With clear dividends that sport can play in Afghanistan, coaches, NGOs, and officials should invest in community-based sports programmes (CBS) to bring about more far-reaching social change. In time, more homegrown talent will emerge with more qualified coaches and sports professionals, to support the long-term development of all forms of sport in Afghanistan. No doubt Afghanistan is going through a rigorous process of change.

The immense challenge of achieving social, political, economic and security transition will clearly be the first priority for the new unity government. However, upgrading and creating new facilities for recreation will help spread sport further afield in Afghanistan to include all social groups. The right to play must be guaranteed and protected. 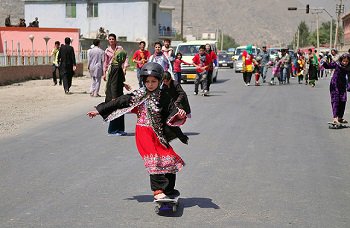 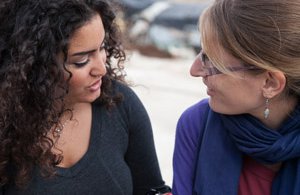 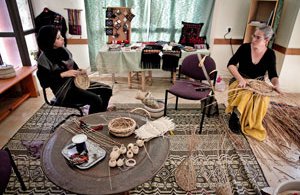