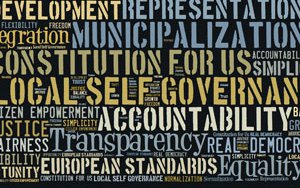 Last week, Bosnia held its seventh set of elections since the end of the 1992-1995 war. Set against a background of continued social, economic, and political stagnation, and in the aftermath of widespread social protests in February, such an event should have presented the citizens of Bosnia with an ideal opportunity for change. Yet, as the votes were counted by the Central Elections Commission, one thing became readily apparent: of the 54% of citizens that had chosen to exercise their democratic right, the majority had - wittingly or unwittingly - voted for more of the same.

Kurt Bassuener, Senior Associate for the Sarajevo-based Democratization Policy Council and advisor to K-143, explains that this is hardly surprising. It’s not the citizens who are at fault, but the system: “citizens have given up on elections as vehicles for change”. Whilst opposition parties increased their share of the vote, exceeding the ruling majority on all levels, it looks far from likely that they will be able to overcome their differences and form working coalitions. Bassuener explains that “nobody’s an irrational actor in this system… it’s just that perverse incentives trump the good ones”.

Such criticism of the electoral system is not new to Bosnia. Both the Council of Europe and the international community as a whole have long criticised Bosnia’s discriminatory constitution, which forbids individuals from minority groups from running for elected office. Over the past five years, no progress has been made on the associated Sejdić-Finci case, and it remains one of the main obstacles for both the Bosnian democratic system and the country’s path to European Union accession; the latter of which is often touted as essential to long-term stability.

In Bassuener’s view, this lack of progress “underscores the reality that you can’t change the system through the system”, an idea that lies at the very heart of his involvement with Koalicija 143 (Coalition 143). Such a view is supported by his colleague Jasmina Colic, Acting Coordinator at K-143. She says that “to date, incremental steps of reform have stayed at the lower levels and have not had any impact on the constitution”. In her view, any change to Bosnia’s democratic system must deal first and foremost with constitutional reform, “otherwise you cannot expect it to be followed”.

Therein lies the heart of K-143, a civic coalition that has launched a model for constitutional reform that Bassuener and Colic believe will help to build “lasting peace”. Led by the Center for Civic Cooperation in Livno and the Center for Constitutional and Governance Studies, the coalition of NGOs is advocating a model of ‘municipalisation’. The proposed solution would see a complete shift away from the current multi-level governance system towards that of a two-level structure: a single national government at the state level, and 143 municipalities at the local level. A number of powers from the abolished middle layers of government - cantons and entities - would be devolved downwards, whilst the rest would be pushed upwards to the state.

Bassuener explains that the whole idea is premised on the belief that within Bosnia “there is a vast, atomized potential constituency for a very different kind of country” – the everyday citizens who suffer equally, regardless of ethnic identity, under the present system. Ultimately the goal is to create a culture of decision-making within the political sphere that is based on “rational self-interest rather than ethnicity-based constraints”, as well as to increase the efficiency, transparency, and thus accountability of governance.

Unsurprisingly, a solution so radical in nature has come under criticism - not least for how it intends to inspire a process of wide-sweeping constitutional and institutional change within such a delicate context. In addition, several critics have questioned just how K-143 intends to advance a system of change that requires the mandate of the very elites that it seeks to curtail.

However, Colic explains that the vision behind such a project is not necessarily one of immediate, dramatic change, and certainly not one that involves any sense of imposition. Indeed, K-143 is seeking to build a state-wide civic constituency. Its plan is to approach the problem from multiple angles, seeking the bottom-up support of local communities, mayors and municipality level politicians, whilst simultaneously working with the international community to increase pressure from above. The hope is that actors within the current political system will be compelled towards incremental change, though Bassuener and Colic acknowledge that this will inevitably take time. In their own words, “It could be 20 years or longer. This is the reality”.

Bassuener elucidates that such strategy necessitates “a labour-intensive, door-to door approach”. Indeed, the desire to engage local communities on a personal level is also intended to help assuage people’s fears regarding fundamental change, allowing K143 to make clear the mechanisms of ethnic protection that have been incorporated into the reforms. As such, K-143 aims to visit each of Bosnia’s 143 municipalities over the coming year to identify local individuals, organisations, and agents of change who are willing to support the movement. Looking ahead to 2015-16, K-143 plans to use this support to run a model simulation of its proposed parliament, intended to “demonstrate that issues considered unsolvable within the current system could be solvable within the new framework”.

The path ahead is far from simple for K-143, especially when considering some of the setbacks it has experienced since its inception – which range from funding, to bureaucratic obstacles. Bassuener admits that there’s “no guarantee of success”. However, both he and Colic remain driven by the positive support that they’ve received through their outreach work and their awareness of citizens’ increasing dissatisfaction with the status quo. Behind all of their efforts is the knowledge that present-day, ethno-territorially divided Bosnia is a country “living on borrowed time”.