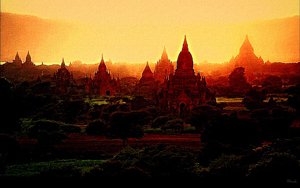 Journalists from Al Jazeera, Associated Press, the BBC, CNN, MSNBC and the Financial Times called in, along with newspapers in Turkey and Holland and National Public Radio in Washington, DC. They were seeking experts to talk about the human tragedy of the estimated 8,000 Rohingya migrants abandoned in the Andaman Sea. They came to us because details for local NGOs involved with this emergency are published on our peace-mapping site Insight on Conflict (IOC).

What struck us about all this was that it showed the value – and scarcity - of good quality information on local peacebuilding organisations like these. Even though we do not work directly in Myanmar, our knowledge of local peacebuilders there was a vital link in the chain of reporting and publicising the Rohingya’s plight.

In particular, there was significant interest in the Arakan Project, which monitors the situation of the Rohingya, an ethnic minority group in northern Mayanmar. The project is featured on the Myanmar section of IOC’s interactive database of local and international peacebuilding organisations. This carries news and research from the field, as well as a profile of the causes and consequences of conflict issues in Myanmar.

With elections scheduled for later this year, we will continue to monitor events in Myanmar closely, via our Local Correspondents in Yangon and across the border in Thailand. And we will support local peacebuilders there in any way we can.

We currently profile peacebuilding work in 29 different regions. But our EU-funded expansion means that we will cover more than 40 by the end of this year. The commitment of the world’s largest aid donor – and the interest of the biggest global news organisations – confirms our belief that local people can help solve global problems.

For more information on Burundi, Myanmar or any of the other regions we cover, please get in touch. We’ll be delighted to hear from you.