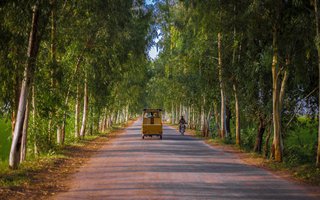 According to ACLED data and analysis on Pakistan, there has been a general decline in incidents of violence in 2021, with the number of violent incidents dropping from 69 in the last quarter of 2020 to 36 in the first quarter of 2021. This is due to a variety of factors, including the state’s enhanced security arrangements in and around major cities, and COVID-19 restricting people’s movements around the country.

According to ACLED data and analysis on Pakistan, there has been a general decline in incidents of violence in 2021

The government, led by the Pakistan Tehrik-e-Insaf party, is still facing multiple political challenges that affect peace and stability in the country. Among the prominent challenges are the opposition protests organised under the Pakistan Democratic Movement (PDM). Under the leadership of Maulana Fazlur Rehman of the Jamiat Ulema-e-Islam, PDM has launched rallies across the country and is demanding the resignation of Prime Minister Imran Khan.

At the regional level, Pakistan continues to play a role in the intra-Afghan peace dialogues between the Afghan government and the Taliban. Besides organising several high-level meetings between the governments of Afghanistan and Pakistan, Islamabad has regularly hosted Taliban delegations since the signing of the Afghan peace deal in Doha in February 2020. From Pakistan’s point of view, it is trying to support all stakeholders in the intra-Afghan dialogue for a smooth transition once international troops leave, as per the new plan ahead of the 20th anniversary of 9/11 in 2021. A positive development has also been witnessed regarding the Director Generals of Military Operations in India and Pakistan agreeing to abide by their ceasefire agreements. There are also reports of both countries’ officials secretly meeting in the United Arab Emirates. Efforts to resume peace dialogues continue, however it is too early to predict anything.

At the regional level, Pakistan continues to play a role in the intra-Afghan peace dialogues between the Afghan government and the Taliban

What are local peacebuilders doing?

Despite the challenges posed by the COVID-19 pandemic, funding shortages and the government’s crackdown on NGOs, local peacebuilders continue to implement their activities. They have adapted to the new realities by organising virtual events. Here are some prominent examples of what the local peacebuilders have been doing to promote peace through virtual and some other activities before the pandemic in Pakistan:

Despite the challenges posed by the COVID-19 pandemic, funding shortages and the government’s crackdown on NGOs, local peacebuilders continue to implement their activities

What should we expect in the coming months?

While a recent rapprochement between India and Pakistan has given some hope in terms of a ceasefire and the possibility of dialogue between the two countries, it is still unclear how steps towards peace will be taken. At home, Pakistan continues to face multiple challenges in the form of political instability caused by PDM demonstrations, and an insurgency in Balochistan. In terms of peacebuilding, it is likely that many organizations will be forced to hold their events virtually considering the ongoing surge of coronavirus cases. While the rate of cases is growing alarmingly, the government has one of the lowest vaccination rates in the region. As the government struggles to procure COVID-19 vaccines for its population, it faces another challenge linked to conspiracy theories surrounding the vaccine, causing hesitancy and mistrust.

Dr. Zahid Shahab Ahmed is a Postdoctoral Fellow at Deakin University in Australia. He received his PhD from the University of New England (UNE) in Australia. He has an MA in Peace Education from the UN-mandated University for Peace in Costa Rica, and an MA in Sociology from the University of Agriculture Faisalabad in Pakistan. He has taught peace and conflict studies at universities in Australia and Pakistan. Since 2003, he has been working with local and international development agencies in South Asia, in particular in Pakistan, on various peacebuilding and development projects. He has published and presented papers on a wide range of issues, such as Islam, human rights, peace & conflict, regionalism, and regional security.
Read more from Dr. Zahid Shahab Ahmed

More on Conflict prevention and early warning and Culture, media and advocacy →