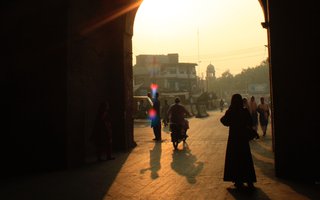 In this analysis, our Local Peacebuilding Expert, Dr. Zahid Shahab Ahmed, spoke with several prominent Pakistani peacebuilders to better understand the impacts of the government’s policies and actions on the peacebuilding sector in Pakistan.

After the killing of Osama bin Laden in Abbottabad – a city close to Islamabad and home to the Pakistan Military Academy – the government of Pakistan accused Save the Children of collaborating with the US Central Intelligence Agency. While Save the Children denied such an accusation, authorities in Pakistan used this incident as a pretext to continue their planned crackdown on NGOs. The current government of Prime Minister Imran Khan argued that stricter actions against civil society are justified because many of them allegedly work on the ‘enemy agenda’ by working against the State through the support of Pakistan’s enemies, for example India. In turn, the stricter policies and actions have restricted civil society space, with many local and international NGOs now struggling to operate in Pakistan.

The government’s strict measures against civil society are also partly in response to Pakistan being included on the grey list of the Financial Action Task Force (FATF)1 for failing to implement effective measures to stop terror financing and money laundering in the country. Strict FATF requirements to stop illicit foreign financing have been interpreted by the government as a justification for curtailing the foreign funding for hundreds of local civil society organisations, who have not been able to sign Memorandums of Understanding (MOUs) with the Economic Affairs Division (EAD). Without these, civil society actors cannot receive funding from international donors.

In turn, the stricter policies and actions have restricted civil society space, with many local and international NGOs now struggling to operate in Pakistan

The impact on local peacebuilding

As a result of strict government policies, it has been very difficult for local and international NGOs to receive funds and operate effectively. The head of the Sehar Institute, Shafaq Sarfraz, shared that the government does not provide any funding and it has banned funding from many international sources. This has forced many organisations to scale down significantly.

Mossarat Qadeem of the Paiman Alumni Trust shared some alarming figures in terms of unemployment caused by the government’s crackdown on NGOs: “We had 187 employees till 2016 which now reduced to only 35 due to the stringent policies on NGOs by the government”. In 2019, the EAD rejected the applications of numerous NGOs, including some prominent peacebuilding NGOs like Paiman Alumni Trust. Several international organisations including International Alert and Search for Common Ground have since stopped operating in Pakistan.

As a result of strict government policies, it has been very difficult for local and international NGOs to receive funds and operate effectively

Significantly, local peacebuilding organisations have been targeted the most as they work on issues and in regions that the government considers sensitive. Many NGO staff members have attested that the local authorities are suspicious of their peacebuilding work. Sarfraz revealed, “Even if you want to engage trainers for peacebuilding topics you have to send their CVs to agencies, so the part time trainers are not willing to get involved in peacebuilding activities. The process gets more difficult when you think of working in the Federally Administered Tribal Areas (FATA) and Baluchistan”. Similarly, Raza Shah Khan of the Sustainable Peace And Development Organization (SPADO) shared the government has instructed NGOs not to use “controversial terms” like peace and conflict resolution or IDPs (internally displaced persons) in their annual reports and any other documentation. He believed that there is a particular targeting of peacebuilding NGOs as others working on health, education and sanitation do not face such challenges. The new systems of approval are not only difficult but also lengthy. Sarfraz shared that in recent years NGOs need approval for events planning to gather 100 or more people. “We organised an event of 300 people to find peace narratives … and it took 45 days to get approval and finally on the day of the event we could not get the final signature of the Assistant Commissioner-Islamabad”.

“Getting the government’s permission to work on peace related projects is very difficult and challenging”. Raza Shah Khan, SPADO

The Peace Education and Development Foundation has not been able to implement any projects since 2018, as revealed by its director Sameena Imtiaz. This is partly because it has not been able to formally register its activities. The head of the Sehar Institute, Shafaq Sarfraz, shared that she could not get her organisation registered as a peacebuilding NGO and after waiting for more than a year decided to register with the Security and Exchange Commission of Pakistan as an educational institute. Likewise, Rameez Ahmed of Peace Education Network Pakistan shared that his organisation has not been registered since its establishment in 2012. He further claimed that the government is not giving ‘no objection certificates’ to local NGOs to work in communities and there are even restrictions on receiving local funds.

Sarfraz further talked about how the media has negatively portrayed their peacebuilding work, for example blaming them for not having a ‘no objection certificate’ for an event. Many politicians and even the government have also portrayed civil society in a negative light. For example, government minister Shireen Mazari has openly criticised the work of NGOs, including in a Twitter post where she said: “Amusing to see how foreign NGOs like German Stiftungs meddle in r politics! As if we need them to tell us about women empowerment!”.

The government’s crackdown on NGOs is very likely to continue with more targeting of local and foreign NGOs. As the new system of registering NGOs, especially to be eligible for foreign funding, is not just difficult but also time consuming, it is likely that many NGOs will not be able to sign MOUs with the EAD. Considering the targeting of peacebuilding NGOs that work on sensitive issues and regions within the country, it is likely that many of them will cease to exist. At this moment, it is important for some leading peacebuilding NGOs to talk to other peacebuilders and the government at the same time to initiative some confidence building measures between the government and non-government organisations.

Dr. Zahid Shahab Ahmed is a Postdoctoral Fellow at Deakin University in Australia. He received his PhD from the University of New England (UNE) in Australia. He has an MA in Peace Education from the UN-mandated University for Peace in Costa Rica, and an MA in Sociology from the University of Agriculture Faisalabad in Pakistan. He has taught peace and conflict studies at universities in Australia and Pakistan. Since 2003, he has been working with local and international development agencies in South Asia, in particular in Pakistan, on various peacebuilding and development projects. He has published and presented papers on a wide range of issues, such as Islam, human rights, peace & conflict, regionalism, and regional security.
Read more from Dr. Zahid Shahab Ahmed