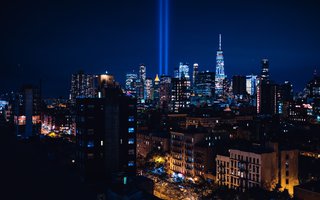 September 11th, 2001, remains a somber day for people across the United States, and around the world. Many people lost loved ones and for the first time in living memory, an attack occurred on American soil. That day also marked a dramatic shift in U.S. foreign policy which doubled down on its military-first approach. Twenty years on, the ramifications are now beginning to become clearer.

The Cost of the War on Terror

One week after the attacks, the U.S. Congress passed legislation, authorizing the President to “to use all necessary and appropriate force” against anyone who posed a threat of further terrorist attacks against the US. Across the House of Representatives and the Senate, only one voice opposed the measures: Representative Barbara Lee (D-CA).

Then-President, George W. Bush addressed the nation one month later. He stated that the attacks were not only against the United States but on the "heart and soul of the civilized world.” His speech marked the beginning of what is now known as the Global War on Terror.

The adopted approach to conflict resolution was one of reactionary violence. It set the course for the over-militarized foreign policy which has become emblematic of U.S. relations abroad. Under the banner of preserving freedoms, justified through the AUMF, the United States has positioned itself at the center of conflicts in Somalia, the Sahel, the Philippines, and throughout the Middle East.

The adopted approach to conflict resolution was one of reactionary violence. It set the course for the over-militarized foreign policy which has become emblematic of U.S. relations abroad

Today, there is a movement within the U.S. Congress to revoke the 2001 legislation. This movement is being led by Rep. Lee, who has remained steadfast in her opposition over the last two decades. Time has proved how correct she is. Between 2001 and 2019, the monetary cost of the War on Terror exceeded $6.4 trillion. Today, that figure continues to rise.

Using violence to address violence has become an accepted norm. Yet it remains as ineffective as ever in seeking to create sustainable, long-term solutions. And as the U.S. moves onto conflict after conflict, it is worth reflecting on the true cost of the War on Terror. Has it cost the U.S. more than lives and money? Is the U.S. losing credibility as a key intervener in conflict?

Using violence to address violence has become an accepted norm

The debate over those questions continues, and what remains clear, is that military responses are not working. In places affected by conflict, military combatants and armed groups are not alone. Local communities and local peacebuilders are often the first to respond to outbreaks of violence. They help to sound the alarm and support people to rebuild.

Nowhere was this more apparent than in New York following the 9/11 attacks. Local people risked their own lives to search through rubble for survivors and in the months afterwards, they continued to support one another emotionally and financially. And just as New Yorkers rallied in response twenty years ago, communities around the world today work to counteract and respond to violence across the world. They face enormous challenges, which are compounded by the fact that they are often discounted as an integral part of peace processes. As a result, they lack the resources and support to properly deal with conflict.

Globally, violence affects local communities most frequently and severely. Yet, localism is what makes them best placed to address the root causes of fragility. The international community has yet to truly recognize, support, and resource the positive agency of local peacebuilders in a meaningful and sufficient way.

The international community has yet to truly recognize, support, and resource the positive agency of local peacebuilders

In 2001, the world saw American civil society and New Yorkers gathering to care for the hurt and heal a broken city. A few years later, as many as 14 million peacebuilders gathered in solidarity to “say no to war.”

The United States government has an opportunity to learn from everyday Americans striving for peace. It is time to begin honoring the values modeled by our citizens on 9/11 and in the years since by investing in non-military responses to conflict. By doing so, we can better support work to address the root causes of extremism and violence necessary to reduce the likelihood and impact of any future violence.

To meaningfully support local peacebuilders, the United States and the rest of the international community must develop authentic relationships with local peacebuilders and invest in the work they are already doing. When faced with the notion of supporting local peacebuilders directly, some raise concerns that such small and locally based organizations would not be able to a manage the responsibility of leading peacebuilding efforts or absorb the grants that donors offer. However, local organizations have done their work with no recognition or support and will continue to work in their communities regardless. The issue is not one of local civil society proving its trustworthiness or capacity to governments of wealthier countries, multilateral institutions, and private donors. Rather, the focus must be on countering and moving beyond the colonial heritage whose dynamics underpin the aid system and current foreign relations.

This does not mean the U.S., or the international community, should no longer play a key role in addressing violence and fragility around the world. On the contrary, it means the U.S. and the international community must work with local peacebuilders and recognize that they are the ones closest to the solutions. If the U.S. is truly willing to learn from the last twenty years of failed counterterrorism strategies, it must move beyond reflexive responsive violence and center its approach on authentic relationships with local peacebuilders.

There are already some signs that the U.S Congress has started to recognize the need to engage with local peacebuilders. The Elie Wiesel Genocide and Atrocity Prevention Act of 2018 and the Global Fragility Act of 2019 both involved consultation with local civil society. Both pieces of legislation, now enacted under law, had overwhelming bipartisan support. Even so, the U.S. government has yet to explicitly recognize peacebuilding as a crucial pillar of national security. Only by recognizing the lasting impacts of peacebuilding within policymaking can there be adequate funding to support, resource, and develop the authentic relationships needed for local peacebuilders to be most effective.

In the twenty years since the attacks on September 11th, the U.S. has continued to position itself as the provider of freedom and democracy. And still, despite the countless lives lost and tax dollars spent, the number of conflicts and authoritarian regimes have continued to grow around the world. The foreign policy approach of the past two decades, characterized by unbridled militarism, has not resulted in the security the country so desperately craved after the attacks. On this anniversary, if the U.S. wants to recognize and honor the unexpected heroes of that awful day, it must recognize other heroes. Local peacebuilders around the world, just as New Yorkers did, are banding together every day to make their communities safer in the face of unexplainable violence.

Shannon Paige is Peace Direct's 2020-21 Scoville Peace Fellow.
Read more from Shannon Paige
Vahe Mirikian Vahe is Peace Direct’s Assistant Director for US Policy. He is leading Peace Direct’s US office with policy and advocacy where he focuses on youth, peace and security, atrocity prevention, countering violent extremism, and locally led peacebuilding.
Read more from Vahe Mirikian
Disclaimer: The views expressed in this article are those of the author and do not represent the views or position of Peace Direct.