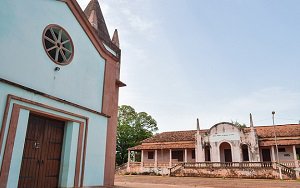 Guinea-Bissau's short history as an independent nation has seen it face a long list of complex problems. Image credit: Jbdodane
Four decades of power struggles have caused Guinea-Bissau to be regarded as a ‘failed state’
Emerging from a protracted war of liberation between 1963 and 1974, Guinea-Bissau’s population experienced violent conflict previous to its inception as an independent state in 1974. However, its post-colonial history has also been far removed from the expectations of a promising new era of change and prosperity. Indeed, successive coups and a civil war have deeply affected this small West African country with over 1,500,000 inhabitants wedged between Senegal and Guinea Conakry.

Rather than emulating the slogan ‘Unidade, Luta e Progresso’ professed by the erstwhile liberation movement PAIGC (Partido de Independência da Guiné e Cabo Verde), four decades of power struggles have caused Guinea-Bissau to be regarded as a ‘failed state’, on a par with other African countries.

This turbulent course of events illustrated that the successful overthrow of a colonial regime, the introduction of structural adjustment programmes and of multi-party elections are by no means a guarantee for peaceful transitions and post-colonial development.

Classified as one the ‘poorest’ countries in Africa - positioning it 177 out of 187 countries on the Human Development Index, Guinea-Bissau has been the target of repeated international attention for the implementation of three key goals: investing in poverty alleviation, consolidating democracy (multi-party elections were first held in 1994) and peacebuilding.

Whilst a succession of military coups (in 1980, 2003, 2010 and 2012) and the assassination of the president in 2009 illustrate the country’s erratic and conflict ridden course, the civil war from 1998/99 was a watershed which prompted international intervention to end the crisis. The civil war which opposed the sitting president, aided by Senegal and the chief of the armed forces, provoking the exodus of more than 300,000 inhabitants of the capital Bissau, led to the mediation of the Economic Community of West African States (ECOWAS) and the Community of Portuguese Language Countries.

This eventually resulted in a peace treaty signed in Abuja in 1998. ECOWAS’ interventions in Guinea-Bissau, Liberia, Sierra Leone and Ivory Coast have served as great challenges for the capacity of West African States to create effective frameworks for regional cooperation in local and regional peacekeeping initiatives.

Subsequent peace keeping operations, first led by the Economic Community of West-African States Monitoring Group (ECOMOG), and from 1999 onwards under the auspices of the United Nations Peace Building Support Office, implied the stationing of international troops on the ground. The stated aims of the Abuja treaty, however - to consolidate peace, democracy and the rule of law, and organise free and fair elections - proved difficult to implement.

The lack of transitional justice, mechanisms of conflict resolution and the actual concept of peacebuilding have been the subject of criticism
Internal political divisions, authoritarian governance, military-civilian power struggles, infighting within the armed forces, the lack of public investment, the privatisation of the state, widespread corruption as well as arms and drug-trafficking have been put forward as the main causes for continuing social inequality, the failure of institutions and violent conflict.

In addition, the lack of transitional justice, mechanisms of conflict resolution and the actual concept of peacebuilding have been the subject of criticism, owing to the application of a ‘liberal model’ for international interventions which was and continues to be projected onto a local conflict with its own particular and complex idiosyncracies.

Finally, the question of the lack of reform of the armed and security forces and the failure of efforts to implement them has also posed the question of how to arrive at a measure of consensus in Guinea-Bissau’s civil society on procedures and objectives.

Therefore, it is argued that the ‘top-down’ model of peacebuilding and peacekeeping should be replaced by a grassroots approach based, upon existing social and cultural institutions that could provide a broad framework for dialogue and conflict resolution. Nevertheless, these institutions, such as mutual aid associations and ‘traditional’ chieftaincies, have in the colonial and post-colonial past been prone to political intervention and manipulation by the state and political actors.

As a result, alternative and innovative approaches need to be explored in order to create a social, economic and political environment conducive to the success of (long term) community-based peacebuilding efforts in Guinea-Bissau. The current initiative is meant to provide an interactive forum for debate and for the exchange of information on peacebuilding initiatives in Guinea-Bissau.

A referenced version of this article is available upon request
Philip Havik is a Senior Researcher at the Institute of Hygiene and Tropical Medicine in Lisbon. With a PhD from Leiden University, he has extensive research experience in Guinea-Bissau and Lusophone Africa.
Read more from Philip Havik 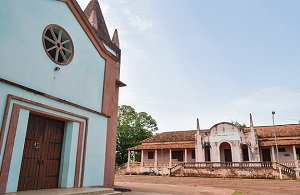