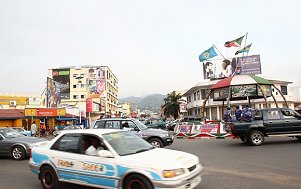 President Pierre Nkurunziza’s decision to stand for the presidency for a third consecutive term in late April this year sparked weeks of protest in the Burundian capital Bujumbura, in which security forces and protestors opposed to the bid met with violent clashes. Human Rights Watch says that since demonstrations began on April 26, at least 30 protestors have been killed and more than 300 have been injured. A controversial attempted coup d'état on 13 May added to the rising atmosphere of unrest as army leaders tried to overthrow the President whilst he attended a summit in Tanzania. The coup was met with opposition from security forces loyal to the President and may cause divisions within the army, which was till recently a key symbol of ethnic unity in post-civil war Burundi. Nkurunziza swiftly returned to the country, maintaining the presidency and affirming his hope to win a third term of elections in the summer.

Prompted by the fragile situation in the capital, parliamentary elections originally due to take place on May 26 have recently been postponed for a second time; the new date suggested by the electoral commission is now June 29. Presidential elections originally set for June 26 are now postponed until July 15. It is hoped that an atmosphere conducive to peaceful elections can be established by this time.

Despite the postponement of the elections, people continue to flee to neighbouring countries, including top officials. The UNHCR reported that 96,720 Burundian refugees were registered on 5 June 2015. And despite the willingness of politicians to go to the polls this summer, many doubts remain about the capacity of the government to disarm militia groups, to stop violence and intimidation and especially to allow the exercise of an independent press, all vital preconditions for the holding of credible elections.

Of course at times of such tension there are a wide variety of view points being expressed about the elections. Many in civil society fear that conflict will continue in the run-up to the elections in the summer if protests continue to flare in Burundi’s capital, as has been predicted. Already the death toll from clashes between protestors and security forces is over 30. There remains a strong concern that the current landscape of violence makes peaceful and fair elections in late June extremely unlikely.

The violence and uncertainty has made working life difficult for all parts of society, including civil society. For those working to defuse tensions between rival groups in society, a media blackout has made things particularly difficult, because it has encouraged the flourishing of rumours and prevented messages of peace being spread, as well as making it more difficult to share updates on the election with the population, in particular in rural areas.