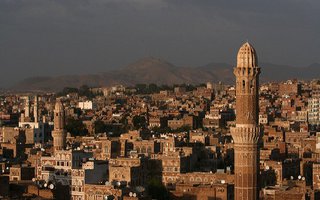 Inclusive peacebuilding: recognised but not realised

[A]s long as the concept of local ownership is considered synonymous with national ownership and continues to be claimed by national governments, challenged by civil society organisations and questioned by international partners, more knowledge is needed. Local ownership continues to be translated in one’s own favour, paid lip service or ignored, and has not genuinely become common practice.

Inclusive peacebuilding: recognised but not realised, from the Dag Hammarskjöld Foundation, is a collection of articles looking at local ownership in peacebuilding and the gap that often exists between rhetoric and reality. Contributors to the volume include practitioners and academics, and provide a wide variety of viewpoints on the topic.

Local governance in fragile and conflict-affected settings: building a resilient foundation for peace and development

[T]he Guide does not provide exact formulas or closed models, rather it highlights important aspects to be considered in the design, development and operation of systems of this kind, with the understanding that they may be useful tools for anticipating the emergence of disputes or conflicts and their corresponding treatment and approach in a peaceful, constructive and sustainable manner.

Practical guide to early warning and response systems design for social conflicts, from UNDP, draws from lessons learned from a number of early warning and response systems in Latin America to provide a guide to the design and implementation of such projects. The guide gives an overview of both theory and practice, and shares advice on every stage of the project lifecycle.

Acting for peace in Syria: initiatives and challenges

Local Syrian actors are indispensable for any process because of their networks and influence, their legitimacy on the ground, and their monitoring abilities.

Acting for peace in Syria is the latest edition of the KOFF newsletter from swisspeace, and focuses on the Syrian conflict, particularly Syrian-led initiatives for peace. The newsletter is a collection of articles looking at the conflict in Syria from a local perspective.

Peacebuilding in the age of new media

At this time when new media and social networks draw most of the attention of researchers and policy makers, we must understand the historical context of the practice, remain comparative in the study of regional applications and mindful of the previous lessons from not so distant cousins—old, traditional media and formal peacebuilding practice.

Peacebuilding in the age of new media is the theme of the latest issue of Media and Communication. Articles cover areas such as promoting dialogue through social media, peace journalism, and internet censorship.

The International Mediators Community of Practice (IMCP) provides an informal platform for discussion between mediation practitioners, trainers, academics and providers of mediation support services who actively engage in international third-party conflict transformation, to strengthen our skills and increase the use of dialogue processes in complex conflict contexts. In partnership with Peace Direct, the IMCP is broadening its member support section to create Regional Mediation Communities to connect local mediators and dialogue facilitators to each other and practitioners around the world, in the hope of enhancing collaboration and promoting local and global synergies. Find out more

Early warning and responses to conflict in DRC

By Ruairi Nolan: Peace Direct research indicates that there are a wide range of local and international conflict early warning and response programmes in eastern DRC.  Read more »

Is peace finally in the air for Colombian civil society?

By Lina María Jaramillo: After 60 years of conflict, civil society in Colombia is beginning to take its peacebuilding task seriously. Read more »

Taking a stand against hate speech

Relentless war in Yemen: time for a new strategy

By Ahmed Hezam Al-Yemeni: With a Saudi-led campaign of airstrikes Yemen is falling into chaos. Its neighbours must stop pursuing their own goals and start working together for peace. Read more »

Waging war for peace in Pakistan

By Ashima Kaul: A new documentary goes behind the scenes at Islamabad’s Red Mosque, which has been accused of supporting extremism in Pakistan. Read more »

Igniting the game of thrones in Guinea-Bissau

Nature versus nurture in Chad: the challenge of peaceful coexistence between farmers and cattle breeders

By Bouyo Séverin: Bouyo Séverin looks at conflict over land use between settled farmers and nomadic pastoralists in Chad. Read more »

By Rey Ty: The Bangsamoro Basic Law (BBL) is currently under deliberation by the Congress of the Philippines. Some key problems with it must be addressed. Read more »