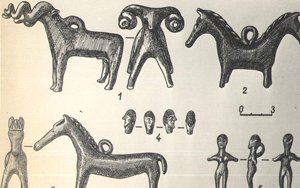 The conflicts in South Ossetia and Abkhazia have made it difficult for researchers to access material covering their shared history with the rest of Georgia.
Image credit: Marco Fieber.

Dr Zurab. As an archaeologist at the National Museum of Georgia, you have recently launched an initiative to support Georgian-Abkhaz and Georgian-South Ossetian academic relations. What is the current situation?

This ending of relations has naturally distanced scientists from each other, and it can be said without hesitation that despite mutual steps that have been taken recently, the situation continues and will need many more years to reach the same intensity of cooperation as in the pre-war years.

But what is important is that all three sides are prepared for the restoration of contacts. It should also be noted that some Abkhaz, South Ossetian and Georgian scientists approach the process with caution and I completely understand this feeling.

The war, the bloodshed and subsequent feelings of distrust have left their mark on everything, including scientists, and resolving this problem will requires time and more intense face-to-face encounters. There are common academic interests, which could turn into subjects of joint research, and efforts should be directed to this end.

When did you start working on this initiative and what did it entail?

I was aware that the Research Institute building in Abkhazia was burnt down during the war, including its archival materials. During Soviet times, permits for archaeological work on Georgian territory were granted by the Archaeological Commission of the Academy of Sciences, based in Tbilisi and all expeditions were required to submit the results of their works to the Commission in the form of a research report.

So archaeologists from Abkhazia submitted their reports to Tbilisi and kept copies in Sokhumi. This is how 115 Abkhazia-related archaeological documents ended up in Tbilisi. These reports are particularly important primary sources for every archaeologist. So [after the war of 1993-4] our Abkhaz colleagues were left without these important documents. As a scientist and an archaeologist, this bothered me a lot.

However, under neither President Shevardnadze nor President Saakashvili was there the political will to hand these materials to Sokhumi and Tskhinvali. But when the government changed in 2012, my initiative started to become a reality.

It has to be noted that apart from the government’s contributions, considerable assistance was provided by the Institute for Study of Nationalism and Conflicts, Conciliation Resources, the British Embassy in Georgia, the Center for Peacemaking Practice at George Mason University, the National Museum of Georgia, and the Institute of History and Ethnology. Without the concentrated effort of all of these institutions, the idea would not have become a reality.

Overall, we have handed copies of 115 research reports to Sokhumi and 68 archaeological reports to Tskhinvali. Both sides received reports of 20 archaeological expeditions, with more than 15,000 historical photos, measurements, drawings and textual materials.

What was the reaction from your colleagues? Did you encounter challenges?

The initial reaction was a surprise. They did not expect that they would receive the copies of archives that were destroyed during the war. As they expected us just to hand over the list of documents in Tbilisi, but not actual copies of the documents.

We have not encountered any problems in cooperation, because both Abkhaz and South Ossetian scientists were interested to have free access to these materials; they represent valuable primary sources for the study of history and culture. We even have received a thank you letter from colleagues in Tskhinvali and as far as I know, local TV station in Sokhumi has covered the handover in its news programme.

Do you have plans for continuing this work?

Indeed, we have plans for future cooperation. We are gradually restoring the long-terminated cooperation with our colleagues, mostly archaeologists, ethnologists and historians. We systematically receive information on the state of cultural heritage sites in Abkhazia and Tskhinvali region. We are also aware of academic news in the field of archaeology and we regularly receive information on new discoveries. We exchange academic literature quite frequently and have long-term joint plans. It is very positive that Abkhaz and Ossetian colleagues are open to cooperation with us.

In your opinion, can such initiatives build confidence between conflicting societies?

As I have noted previously, Abkhaz and South Ossetian colleagues are not avoiding cooperation with Georgian scientists; we are planning cooperation and more intense formats for relations in the future. What’s important, trust among each other exists and this gives hopes for the further strengthening of cooperation.

Despite my optimism, I am of course, far from saying that our meetings and cooperation will solve all the problems in Georgian-Abkhaz and Georgian-South Ossetian relations. But one thing can be said without hesitation. We have melted the ice and if people in other fields took our example and restored relations with their colleagues, then there would definitely be fewer problems than today. There is no challenge that cannot be solved if there is goodwill and the willingness for mutual concessions. 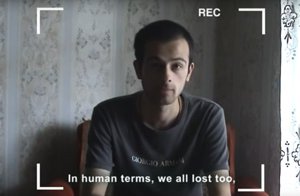