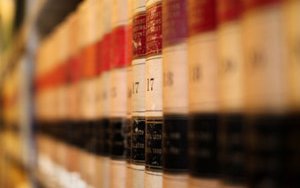 Image credit: Mr TinDC
While the BBL is critical to peacebuilding in Mindanao, many loopholes in the bill threaten to restrict its effectiveness.
The Bangsamoro Basic Law (BBL) is a bill currently under deliberation by the Congress of the Philippines. If passed it would establish a new political entity known as the Bangsamoro Autonomous Region. But there are some key problems with it – and they need to be addressed. First, the law is seen as a partisan issue. Passing the BBL is considered a victory of current President Benigno Aquino III. In a year of presidential elections, different political parties do not want to give political mileage to President Aquino’s party, as it would be a feather in his cap.

Second, due to perceived Christian discrimination against Muslims in the Philippines, many Filipinos, most of whom are Christians, are automatically opposed to the BBL. Progressive church leaders such as Archbishop Cardinal Orlando Beltran Quevedo of Cotabato have corrected blanket stereotyping and bias, talking about correcting social injustice against Muslims in the Philippines and engaging in interfaith dialogue. Quevedo has stressed that “the root cause of insurgency in the South is injustice.” Framing the bill in religious terms will not help as the issues are deeply historical, economic and political and have marginalized Muslims and non-Christian indigenous peoples.

Third, many residents who are directly affected by the BBL do not know enough about it. An intensive education and public information drive is necessary so that they are informed and aware of how it will affect them.

Fourth, the BBL framework violates a 2008 decision of the Supreme Court. This prohibited the attempt of the Office of the President to set up a separate Bangsamoro political entity in Muslim Mindanao. If the bill goes ahead, it will violate this previous Supreme Court ruling and exacerbate tensions.

This lack of commitment from key parties does not bode well for implementation of the law.

This lack of commitment from key parties does not bode well for implementation of the law.

Sixth, Lumads, or the indigenous peoples of Mindanao, feel left behind. Vicky Tauli-Corpuz, United Nations special rapporteur on indigenous peoples’ rights and a former activist of the Igorot minority group in the Philippines, has said that the amended draft BBL falls short. According to Tauli-Corpuz, it does not meet “The minimum international standards contained in the UN Declaration on the Rights of Indigenous Peoples for the survival, dignity, and wellbeing of the non-Moro indigenous peoples.”

Pro-Lumad organisations say the government betrays indigenous peoples in Mindanao. They say the law defines them as Bangsamoro people, which “diminishes the distinct identity of the non-Moro indigenous peoples.”

Indigenous peoples stress they have been in existence prior to the coming of Islam and Christianity. So they should not be subsumed under a Bangsamoro or religious identity. This tension means the future of 33 ethnic groups of indigenous peoples in Mindanao – around eight million Lumads – is uncertain under the BBL.

Seventh, there is a lack of gender focus. The Philippine Center for Islam and Democracy reported that a small group of women, organised by the Women and Gender Institute and the Mindanao Commission for Women has said that had gathered and discussed recommendations for the BBL. Amina Rasul shared the following women’s recommendations:

It is crucial that women’s voices and perspectives are included in such an important bill.

Achieving peace in Mindanao – beyond the BBL

Senator Grace Poe, another presidential candidate, said that the peace talks should be “transparent, inclusive, and sustainable.” Poe added that all groups in Mindanao must be included in any peace deal. Poe also noted the crucial relationship between peace and development, “Included in the discussion about peace is development,” said Poe. To attain peace in Mindanao: “We also need to invest more in the growth of Mindanao,” Poe argued.

To make any peace plan work and attain lasting peace in Mindanao, five things should be done:

While the BBL is critical to peacebuilding in Mindanao, many loopholes in the bill threaten to restrict its effectiveness. Peacebuilding in Mindanao must involve all parties to the conflict, including all major factions of Muslim-led rebel groups, women and indigenous peoples. A mass public information drive and interfaith dialogue need to be implemented.
Rey Ty is Insight on Conflict's Philippines Local Peacebuilding Expert. He has wide experience in academia and practical approaches to peacebuilding, human rights, gender and social justice issues, with a focus on training peace activists. Rey has a doctorate in education with cognate in Political Science from Northern Illinois University.
Read more from Rey Ty