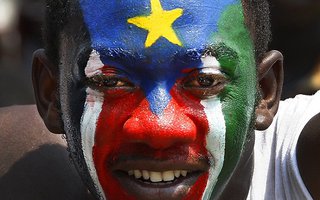 Those following South Sudan’s politics will likely have become aware in recent weeks of a controversial new bill relating to the National Security Service (NSS). The process of the bill’s passing through parliament and its impending sign-off by the President has been the subject of substantial news coverage and vocal public debate.

The NSS operates in a country where massacres, genocidal violence, widespread rape and other atrocities committed by the state army and opposition forces have been well documented since the civil war broke out in December 2013. Viewed in this context, the activities of one relatively small security organ may seem to many observers like a drop in the ocean. Moreover, for those who have spent time in South Sudan prior to this most recent wave of violent conflict, the NSS’s abuse of power will seem like old news.

Eighteen months ago, when I first visited South Sudan, I came to hear about the activities of the NSS straight away, on the drive from Juba airport to my lodgings. In a city that largely resembles a dusty, sprawling building site of one- and two-storey buildings, the NSS headquarters certainly stands out. A hulking box, not unlike an overgrown piece of Lego, the grey and blue building looms ominously in the distance, oddly juxtaposed with its surroundings – clusters of mud and straw tukul huts, and shacks of corrugated iron and UN plastic sheeting. On approach, as the building came into closer view through the car window I was told: ‘That’s the National Security building… but everyone here calls it the Ministry of Torture. Can you see that it doesn’t really have proper windows?’ Subsequently, it became apparent through private conversations over dinner that the goings-on within the NSS were Juba’s worst kept secret. Stories ranging from spying and detention without charge to extreme torture have instilled immense fear in the city’s residents.

As somebody visiting the country with the purpose of researching issues of human rights and justice, the NSS went straight to the top of the list of things I wanted to talk about. However, when it came to carrying out my research, during interviews within the offices of South Sudanese NGOs, lawyers, activists and journalists, as well as international workers, my broaching of the issue was invariably met with evasive or mumbled responses, and most often the swift changing of the subject. The candour of my behind-closed-doors discussions was not reflected in my official interviews. Nobody wanted to talk to me about the NSS. In the context of these experiences, the public outcry surrounding this new NSS bill is striking.

South Sudan’s Transitional Constitution sets out the role of the NSS.  It states that the NSS ‘shall be professional and its mandate shall focus on information gathering, analysis and advice,’ and that it must ‘respect the will of the people, the rule of law, democracy, human rights and fundamental freedoms’. Evidently the service strayed early on from its initial mandate. However, the new NSS bill is an almost exact replica of Sudan’s security laws, and would grant the service’s agents entirely unfettered power to spy on private communications, search and seize property without a warrant, arrest and detain innocent people without explanation, and use physical force – in other words, torture. All of these would be completely legal.

One could respond that the NSS was already doing these things anyway, so what difference would the bill make? In reality, allowing the NSS to act without judicial oversight would have significiant and wide-ranging consequences. Firstly, the prevalence and gravity of their abuses would almost certainly increase, potentially rendering South Sudan a police state. Secondly, we can anticipate that this shift will have a detrimental trickle-down effect on the conduct of the country’s other state and security services, including the police and army, as well as non-state armed groups. Thirdly, the bill ensures that the already narrow window through which a citizen could attempt to seek justice and redress for abuses committed against them by the NSS is shut completely. Fourthly, the bill violates key international law and human rights norms, as well as South Sudan’s own constitution – in other words, one could read the bill as an explicit demonstration that the rule of law, and indeed the very social contract upon which South Sudan’s nascent statehood was built, are effectively null and void. Finally, the bill could place even greater strain on the country’s relationship with the international agencies and donors on whom it is heavily reliant for its survival. The NSS is already known to target international aid and development organisations and corporations, as well as the media.

One day, the current conflict will come to an end and the country will enter a new chapter. What will a future South Sudan look like if laws like these are in place? It is for all of these reasons that South Sudanese and international human rights organisations, foreign diplomats and others are urging President Salva Kiir not to sign the bill into law. They are calling for the bill to be revised considerably in order to bring it into line with the constitution and human rights norms. Within parliament, the bill has generated heated divisions, with the key rival party to the current leadership, the SPLM-DC, walking out of a parliamentary hearing in protest against the bill. In response, the ruling government has accused the SPLM-DC of ‘an act of incitement’. Reportedly a further 20 MPs also questioned the parliamentary proceedings and before leaving the House.

At the time of writing, the President has not yet signed the bill. Here we see a narrow sliver of opportunity to alter the course of South Sudan’s political future, and it is the task of all those within the government, within the country, and beyond to exert whatever influence they have in order to safeguard the people of South Sudan against further suffering and injustice.