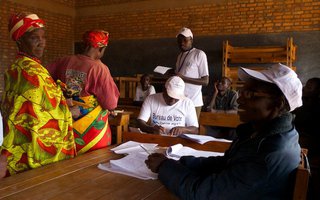 In a climate of political uncertainty and unresolved tensions, Burundians are preparing to go to the polls in 2015. It has been fifteen years since the Arusha Peace and Reconciliation Agreement brought to an end the seven-year civil war. The accords, mediated by Nelson Mandela, called for all warring parties to renounce armed violence and take part in the reconciliation process, adopting Transitional Justice Mechanism (TJMs).

When Pierre Nkurunziza was elected as a president in 2005, the first point on his agenda was the implementation of the provisions of the TJMs. However, there is ample evidence that the president has fallen short on this mandate and the country risks to slide back to its dark days.

Disillusionment is growing in Burundi. Signatories to the accords and civil society groups claim there is a general lack of political will and dishonesty on the part of the government in implementing the provisions of the accords. The country functions as if it is almost a single-party state. All dissent is muzzled. There is a rise in paramilitary groups which the regime uses to intimidate anyone with a dissenting voice. Both local and international civil society groups, as well as media and human rights reports,  have warned of the dangers that such militias pose to peace.

Exclusion is the order of the day. Ethnicity and region of origin are often considered more important than job skills in accessing employment. Worse still, teachers and university professors are selected on such flimsy basis. Government tenders are given to loyalists. As it can be expected, such exclusion exacerbates already existing frustrations and divisions in the country’s body politic.

Tensions are rising. Political parties have created youth wings. Experience from the past shows that as tensions rise, the youths are trained and then armed to carry out the violence. We now know that such youth mobilization led to mass violence and militias in different African countries. If this tense environment remains in Burundi, it cannot be ruled out that what transpired in Ivory Coast, Rwanda and Sudan can happen here too. These developments point to a dangerous electoral atmosphere in 2015.

The international community must also exert pressure on the government to hold accountable individuals responsible for the mobilization of youth in violence.

As we head towards the elections, the conduct of the electoral commission must be closely monitored. It has to be held to the highest of standards. Its management will determine the direction that the country takes in the coming years. The Commission has to be fair and it needs to be seen as impartial and honest by the majority of Burundians from all walks of life.

That is why international civil society organisations and the international community must pay attention to the conduct of Burundi’s electoral commission and political parties. Similarly, the behaviour of the incumbent regime must be monitored, especially in terms of providing equal opportunities for all actors in the electoral process. Most importantly, this oversight must start early enough to allow behaviour change from offending parties.

However, sustaining peace in Burundi calls for even more. There should be a renewed attention on the full implementation of the Transitional Justice Mechanisms of the Arusha Accords. So far what has prevailed has been victor’s justice, but a broader and more inclusive justice is strongly needed.

The total absence of rule of law helps explain the development of a tense environment as we head into the 2015 presidential elections. For instance, President Nkurunziza believes that he is eligible to stand again in 2015, even if by law he cannot run for the presidency after two consecutive mandates. Many political opponents and civil society members see it as a violation of the terms of the accords and the current constitution.

International actors who took part in Arusha accords, UN representatives, local and international organisations interested in Burundi democratic progress and all donors who aid Burundi should double their efforts and help democracy not fall apart. Once again, Burundi is at crossroads. It's now crucial to make sure it will head to the right direction.

Jean Claude Nkundwa is a current student at the Centre for Justice and Peacebuilding at Eastern Mennonite University, Virginia. He was previously a community organiser in Burundi, where he developed peace committees in rural areas and university campuses.
Read more from Jean Claude Nkundwa 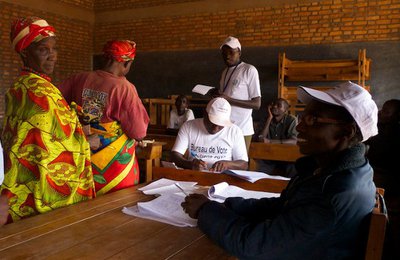