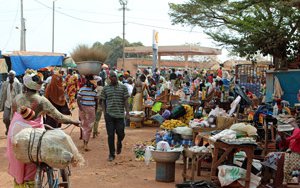 The country’s most significant change in governance took place in 1983 when a group of young military officers took power, espousing a revolutionary doctrine.  In effect, they claimed they wanted to rid the country of corruption and install modern, clean, and progressive government.  They changed the country’s colonial name, Upper Volta, to Burkina Faso, meaning “the land of proud and honest people.”

The perpetrator of the 1983 coup was Captain Thomas Sankara, a charismatic leader who electrified the populations of several neighbouring French-speaking countries as well as his own. He travelled around the region preaching revolution. I remember visiting the capital city Ouagadougou in 1987 and seeing banners praising the Libyan leader Muammar Gadhafi and other international revolutionaries. Needless to say, Sankara’s behaviour frightened the other heads of state who sought to isolate him.

In late 1987, Sankara’s Vice President Captain Blaise Campaoré organised a coup that ousted and assassinated his boss. Campaoré argued that Sankara’s revolutionary preaching was causing the country to become isolated in West Africa.  Campaoré took over, remaining as president for the 27 years until October 31, 2014. Campaoré’s regime was considered “semi-authoritarian” in that he allowed a relatively free press and opposition political groupings, but arranged things so that he could not be defeated in regular presidential elections. Potential opposing candidates were intimidated into withdrawing.

Campaoré’s big mistake was his tendency to concentrate on manipulating events in neighbouring countries, rather than on the economic wellbeing of his own people. Between 1990 and 1997, Campaoré provided the main support for Charles Taylor’s insurgency in Liberia that resulted in a major humanitarian disaster in that country.  Between 1999 and 2011, Campaoré supported a major rebellion and civil war in neighbouring Côte d’Ivoire that ousted the ruling regime of President Laurent Gbagbo and installed the current President, Alassane Ouattara.

While concentrating on destabilising neighbouring governments, Campaoré neglected his own people, who made no progress in economic development. Indeed, scarce resources that should have been utilised internally were diverted to his external adventures. By 2010, he had become quite unpopular.  A new constitution had been adopted in 2005 that limited the president to two mandates. This provided hope that he would not be in power indefinitely.

Facing the end of his second mandate in 2015, Campaoré decided to ask his rubber-stamp national assembly to amend the constitution to allow him to run again. He was warned not to do this by tribal elders and religious leaders who had the pulse of the population. In September 2014, there were small public demonstrations against the possibility of a change in the constitution.  Nevertheless, on October 31, 2014, the proposal to change the constitution was officially introduced in the National Assembly.  This action unleashed spontaneous demonstrations in all of the major cities, including the capital Ouagadougou where one hundred thousand people came into the streets.  They went to the parliament building where the constitutional amendment was being debated and set it on fire.  The President managed to escape in a French military helicopter to neighbouring Côte d’Ivoire.

The role of civil society in preventing violence

As soon as it became clear that the citizenry, especially the demographic under age 30, were determined to force the President to uphold the two-term limit, civil society mobilised to head off confrontation. The Burkina Faso Youth League was especially effective in working with the military hierarchy to prevent the use of force against the demonstrators, and the Burkina bar association mediated between the army, the opposition political parties, and the tribal elders to work out a transitional governmental arrangement that brought in distinguished, apolitical Burkina citizens to run the government through a cooling off period and a new election.

The Burkina Faso experience of internal conflict management serves as an example to other countries of the importance and value of a vibrant civil society, regardless of the nature of the regime. It is unfortunate that neither Liberia nor Côte d’Ivoire were able to withstand Campaoré’s destabilisation activities in the same manner.

Herman J. Cohen is a former US diplomat. He spent 12 years working in Africa, including three as Ambassador in Senegal and the Gambia.
Read more from Herman J. Cohen 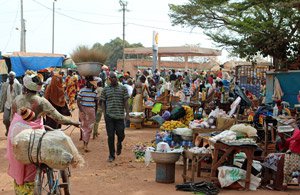