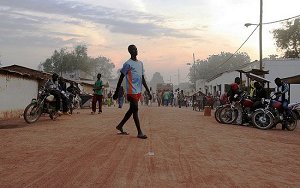 A vital question for peace activists looking at the violence in the Central African Republic (CAR) is what role civil society can play in building a peaceful future. In order to understand the role of civil society in present-day CAR, it is useful to refer to its historical development. In the years after independence in 1960, civil society groups began to emerge in CAR. Initially, the focus was on women’s rights, family issues and religion. For many years, these remained the central issues, with groups operating under authoritarian rule.

In the 1990s, this began to change. As CAR’s long period of authoritarian rule drew to a close, a country which had been frequently weakened by crises, coups and conflict faced new challenges. Civil society groups developed in order to address human rights violations, poverty and unemployment. These included community groups, labour unions, charities, faith-based organisations and other groups which today we would call NGOs.

These groups took on part of the role of delivering social services and development programmes within communities, complementing or replacing service provision where the central government was unable to do so. This was important work in the context of a country which still faces serious challenges today.

Indeed, civil society continues to play this role, and in fact represents one of the most important sectors in the country. The current situation in CAR means that the government is unable to exercise effective control in many areas, and cannot provide for its citizens. As such, communities look to these organisations to help deliver material progress and social justice. They are gradually becoming more structured and visible at the national level, bringing together men, women, young people, the disabled and other vulnerable people.

Rwandan troops waiting to fly to CAR. Image credit: US Department of Defense

In particular, civil society is working with young people from Christian and Muslim communities. Young people have been some of the main perpetrators of violence during the recent crisis, so it is vital to engage them in building a peaceful consensus around CAR’s future.

One area where civil society is currently playing an important role is for the preparation of the “Bangui Forum”, at the forefront of the efforts to prepare for a national consultation, collecting the views of the entire population. The aim is to involve everyone in rebuilding peace and preparing for this year's election. In this regard, civil society is working with support from the government, who have also offered training. The government sees the role of civil society as particularly important in terms of sensitization of communities, especially given the weak connection between the central government and the population.

And there is lots of innovative work being done. There are networks of community radio stations creating listening committees for people to discuss local issues, and helping family members in refugee camps to connect with one another. There are lawyer's groups fighting impunity for those who commit sexual and gender-based violence. And there are training institutes providing young people with the skills and knowledge to start their own businesses and leave conflict behind them. All these groups and more are refusing to bow to the undoubted problems CAR faces.

The National Transitional Council (CNT) is dependent on civil society to understand the wants of needs people across the country. And civil society allows for the CNT to have better access to this information. A proper voice for the people is vital if this national institution is to succeed. I am delighted to be able to help provide this information for anyone interested in helping to buuild a new CAR.

Martine Kessy Ekomo-Soignet is Peace Direct's Local Correspondent for CAR. She has mapped many local organisations working for peace in CAR, which are profiled in our CAR section.

Outbreak of violence in the Central African Republic: how can local peacebuilders put an end to this? 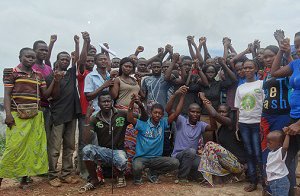 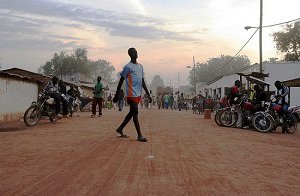