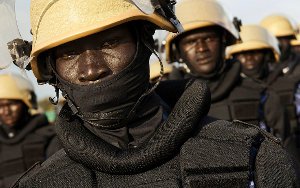 This is an edited version of an article originally published on Justice Africa. Thanks to Flora and Justice Africa for sharing the post.

In whatever way they can, South Sudanese civil society actors within are making their views heard and working towards bringing a lasting resolution to the conflict.

The deadly conflict that has gripped South Sudan since December 14th 2013, precipitated by in-fighting between the country’s President Salva Kiir and his former-Vice President Riek Machar, has produced human rights abuses, grave atrocities and suffering on a massive and truly tragic scale. Sparked first within the government compounds in Juba and rapidly tearing through vast swathes of the country, at the time of writing, according to UN estimates, the conflict is believed to have killed over 10,000 people and forcibly displaced over 500,000 from their homes. Photographs issued by the international media depict scenes of a post-apocalyptic land, where homes of been scorched to the ground, bodies litter the streets and all remaining life has fled.

On the continental and international level, the outcry against the violence has been strong, with loud calls for justice and accountability being heard. United Nations Secretary General Ban Ki Moon has stated repeatedly since the fighting began that allegations of rights violations in South Sudan will be investigated, and those responsible will be held to account. The African Union decided on December 30th to establish a commission of inquiry in South Sudan to investigate human rights abuses. Human Rights Watch’s Daniel Bekele has said ‘The South Sudanese and the international community should show that we have learned the lesson history has taught us that without justice and reconciliation, residual pain from gross violations and other crimes are all too easily abused by those seeking power at any cost.’

Moreover, calls for accountability and justice do not begin and end in the international community. While media reports focus mainly on the extremes of perpetrators and victims in South Sudan, the voices of moderate citizens and civil society have been equally vocal in the midst of the conflict. In whatever way they can, South Sudanese civil society actors within Juba, the rest of the country, and in the diaspora are too making their views heard and working towards bringing a lasting resolution to the conflict and addressing the grave abuse that continues to be inflicted upon the civilian population.

On 30th December 2013 Justice Africa issued a statement calling for all those involved in brokering peace to include non-violent actors in the process and to listen to the voices from a vibrant civil society that has articulated alternative visions for governance, peace and reconciliation. Groups transecting all ethnic divides have been working to promote the rule of law, human rights and peaceful mechanisms for dispute resolution in the years prior to and since the 2005 Comprehensive Peace Agreement.

Certainly, the mandate, backgrounds, location and composition of such groups is hugely diverse, and as a result the responses produced in the wake of the current crisis are by no means homogenous. David Deng of the South Sudan Law Society (SSLS), along with Elizabeth Deng, a human rights lawyer in based in Kenya have stated on the 8th of January 2014 that:

…the two parties should be compelled to submit themselves and their supporters to an independent investigation into the crimes committed…Given the lack of capacity, credibility and independence of the justice system, it is clear that without international support, impartial investigations and prosecutions cannot take place. Such international support could best be provided within the framework of a hybrid court established within South Sudan’s judiciary...The Government should immediately ratify [key international human rights] treaties and domesticate them into national law. It should also sign on to the Rome Statute as a demonstration of its commitment to justice for international crimes…If the parties fail to agree on or to implement a mechanism for holding perpetrators of the violence accountable, the Security Council could consider referring the matter to the International Criminal Court.

Furthermore, Deng and the SSLS have called for a parallel process of truth and reconciliation:

Whilst we see a characteristically legalistic approach to the issue from the SSLS, civil society groups such as the Community Empowerment for Progress Organisation (CEPO), have expressed a more politically focused approach, though still retaining a desire for justice and accountability mechanisms. CEPO issued a statement on December 16th 2013 detailing a 9-step plan which includes:

Step 4: Conflicting parties agreeing to hold their fellows who committed human rights violations accountable and face the competent court of law for justices.

Step 9: Facilitation of the national reconciliation, peace and healing process including the national constitution review.

The statement goes on to say that:

The chamber of public grievances should open its doors to receive public grievances so as to collect data for designing reconciliation and identification of persons that became vulnerable due to the fighting and if possible give assistance to such victims. Peace and reconciliation commission should move faster in resolving the tension that has amounted in to the violent conflict.

Meanwhile, Jok Madut Jok of the Sudd Institute raises the difficult dilemma of peace versus justice. Regarding Riek Machar’s demand’s for a power-sharing agreement, he wrote on January 4th 2014:

To object to [a power-sharing agreement] on grounds that politicians should not be rewarded with power after using violence risks pushing Machar toward the civil war route. But to bribe him back with a share in government risks of encouraging the trend whereby failed politicians have to revolt against the state, kill people, destroy property, and then get rewarded with power and resources for their deadly actions…A politically mature and stable country may see Machar’s actions as crimes punishable by law and pursue him in that regard, but South Sudan is not such a country... South Sudan is thus held at ransom by an ambitious politico-military personality. The country might have to pay that ransom in order to save its own life.’

In other words, peace must in Jok’s eyes be prioritised over justice. It is noteworthy also that there is no mention in this statement of how to deal with the crimes of President Salva Kiir. Jok differentiates between the mechanisms needed to address the conflict with political leadership and the conflict at the grassroots level. Regarding the victims of the conflict he writes:

Whatever solutions arrived at, they must include some form of justice mechanism built into the final deal so as to ensure that the victims of these atrocities are not just swept aside as collateral damage as they were under the CPA. A peace deal that only focuses on ending the conflict and without exploring complex social, legal, governance, security and historical issues, simply defers the resumption of conflict.

Citizens for Peace and Justice on January 15th 2014 released a statement advocating the pursuit of justice and reconciliation in the wake of the recent violence, along with other governance-related reforms:

Since 2005, fundamental issues of governance and civil rights have been neglected…All parties must be held accountable for their actions and justice must be delivered for the victims and survivors of the violence. A citizen-driven national dialogue should be initiated to address the critical challenges facing the South Sudanese people in their efforts to develop a democratic state and to promote reconciliation and healing.

A joint statement issued by eighteen civil society groups based in South Sudan on the 27th of January has similarly called for a multidimensional approach to transitional justice, which should include public apologies from the leaders of the conflict to the victims of the violence, a thorough ‘audit of the violence’ by the South Sudan Human Rights Commission’ for use in designing a ‘locally instituted, independent and competent tribunal’, as well as a national peace and reconciliation process at the grassroots.

Transitional justice in the past

Notable figures who have received amnesty include the rebel leader David Yau Yau and former SPLA commander Peter Gadet, amongst many others. The former has taken up arms against the government and instigated rebel insurgencies numerous times, only to be repeatedly offered amnesty.

Unlike amnesty policies applied elsewhere in post-conflict states, in South Sudan there was no official process of amnesty hearings, with all agreements being reached behind closed doors. This amnesty policy is highly puzzling, as it does not appear to be in the interests of justice or peace. At the same time, the judicial capacity of the government is extremely poor, with the independence of the judiciary being heavily doubted by many. This leaves any formal mechanism for accountability virtually nonexistent.

In general, South Sudanese society and its government has been since its inception dominated by a pervasive culture of impunity. Government-led steps towards reconciliation have been almost as inadequate so far. Paradoxically, it was Riek Machar who, whilst he was still vice president in early 2013, spearheaded a movement to establish a national Truth and Reconciliation Commission, though even at that time many people felt that Machar was planning to use the commission as a tool in his political battles against Salva Kiir. In April 2013 Salva Kiir abruptly banned Machar from further participation in the commission’s development. Since that time the process of establishing the commission has progressed very little.

The absence of transitional justice mechanisms today is perhaps unsurprising when we look at the history of the two Sudans. Prior to the signing of the 2005 CPA and South Sudan’s secession in 2011, civil society activists pointed out the evident failures on this front that occurred during every successive regime change of the Khartoum government.Impunity and injustice were permitted and perpetuated through a series of government policies over the decades.

The role of regional actors and the steps they take to involve civil actors in the peacemaking process and future transitional justice initiatives must be at the centre effecting real change in South Sudan
In 1964 an unconditional political ‘pardon’ was granted for all crimes committed by the state. A blanket amnesty was awarded by the 1972 Addis Ababa agreement to those guilty of grave human rights abuse. Later on, the weak and partisan efforts of the Sudanese courts to prosecute instigators of a coup in 1985-6 delivered a highly elitist form of justice, that neglected the needs of the victims of human rights abuse. Thus we see that the pervasive culture of impunity within every echelon of Sudanese and South Sudanese society is deeply entrenched.

Returning to the present day, the indications are that South Sudanese people will no longer accept political settlements, closed-door negotiations and ‘gentlemen’s agreements’. Crucially, the role of regional actors and the steps they take to involve civil actors in the peacemaking process and future transitional justice initiatives must be at the centre effecting real change in South Sudan, in the immediate and long term.

This is an edited version of an article originally published on Justice Africa. Thanks to Flora and Justice Africa for sharing the post.