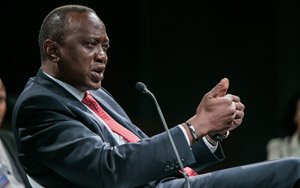 The term “Local Peace Committee” (LPC) is an umbrella title for a variety of organisations operating at district, municipality, town and village level in Kenya. They have spread widely in recent years, and I have encountered them frequently in my work as a conflict analyst. For good or for ill, they have had significant influence in shaping Kenya’s recent history. Here, I outline their history and the role they have played in Kenyan society.

Local peace committees: who, what, where?

The task of LPCs is simple: to promote peace. LPCs work in situations where local communities are experiencing at risk of conflict. They include a comprehensive range of participants, focusing on dialogue and promoting mutual understanding. The aim is to build trust and create a constructive environment in which to take joint actions to solve problems and prevent violence. Originating in Kenya, LPCs in Kenya were borne out of the deep frustration felt by many at the the failure or lack altogether of government efforts to resolve conflict in Northern Kenya. Their success lies in their hybrid nature, which borrows from traditional conflict resolution mechanisms as well as modern, formal dispute arbitration processes.

A survey conducted by Mohamud Adan and Ruto Pkalya in 2006 traces the development of Kenyan LPCs to the early 1990s in Wajir, with the establishment of the Wajir Peace and Development Committee (WPDC) in 1995. Similar efforts began to take shape in the North Eastern, Upper Eastern, Coastal and North Rift regions in late 1990s. As defined by the National Steering Committee on peace building and conflict management, the role of district committees is wide-ranging and covers many angles of peacebuilding, including conflict early warning, overseeing peace agreements, destroying weapons, documenting peace processes and networking with other groups across the country. These district peace committees have grown in capacity, introducing a rapid response framework and conflict analysis and mapping. The model has come a long way and has been embraced by many communities as a way of dealing with many issues.

The start of the Kenya National Dialogue and Reconciliation (KNDR) Process in 2008, following the post-election violence of 2007, was led by former UN Secretary General, Kofi Annan. It led to the signing of the National Accord and Reconciliation Agreement (NARA), which saw rigorous efforts to institutionalise the peace architecture in Kenya.

An apparently ringing endorsement of the model, more than 100 districts now have DPCs, with training and funding available
In particular, it recommended the establishment of District Peace Committees (DPCs) countrywide. External actors have also welcomed the initiative. USAID’s Kenya mission has been instrumental in supporting the establishment of a national policy on conflict management and peace building, linked to the DPCs. It has also strengthened individual DPCs either directly or through partners like Mercy Corps and Pact.

Its Rift Valley Local Empowerment for Peace Project was able, in May 2012, to intervene through the Nandi North DPC to intervene in clashes which broke out in Muhoroni-Chemelil along the border of the Rift Valley and Nyanza provinces. The Committee mobilised the support of the Nandi Council of Elders to lead negotiations for peace with the Luo Council of Elders. The effort was complemented by the efforts of the Wareng Youth Initiative for Peace who mobilised youth bunges (youth parliaments) along the border for dialogue.

USAID also trained 582 peace monitors, based in potential violence hotspots in the Rift Valley during the politically charged environment of the 2013 Kenyan elections. They have worked closely with DPCs, and helped to prevent the recurrence of post-election violence there.

An uncertain future: the challenges faced by LPCs

The promise shown by some LPC initiatives is there for all to see. However, more documentation of their success is needed. As time has gone by, the challenges LPCs face have multiplied. Among the issues they need to deal with, there are questions in the following areas:

Legitimacy – the need for a legal basis

The lack of an institutional framework and policy mandate has constrained the ability of peace committees to do their work. This has allowed their activity to be sabotaged. In some districts, elected representatives have been known to threaten to disband LPCs, when they do not toe the line or when they perceived as critics of the establishment. Court injunctions have been used to challenge some LPCs, forcing them to pause their work. A legal framework to anchor their role is vital to prevent such abuses from taking place.

Money – its presence and absence

Members of the peace committees are not remunerated, because building peace is considered a voluntary exercise. However, constraints linked to money frequently arise. Sometimes external NGOs and even the government are accused of creating a culture of paying for a “sitting allowance.” These attitudes have permeated LPCs, with members sometimes wanting an allowance simply because some NGOs provide one. This has seen self-serving individuals infiltrate peace committees, which end up discredited and unable to manage conflict. Some extremely disturbing reports have also arisen in which peace committee members are alleged to provoke conflict in order to receive remuneration for resolving it.

Peace Committees initiated by communities themselves have often had extremely long and durable lifespans. However, many of those established by NGOs have become so dependent on external funding and facilitation that they cannot operate on their own. Others have been forced to change their structure in order to attract donor support. For example, the Wajir committee, which had to form a secretariat and register as an NGO in order to access external support.

As in many places in Kenya, another noticeable challenge confronting peace committees is the politics of leadership and representation. Politicians have invaded peace committee membership, perceiving them to be a useful tool to solidify their support.

And where the potential for increasing their support exists in a peace committee, the political class has influenced their membership, lobbying for the inclusion of their supporters in the committee in order to push their interests and keep an eye on those who could disrupt their support.

Committees associated with particular political faces have been discredited by the community – rendering them useless.
And when politicians have failed to penetrate membership of the committees, they have sought instead to frustrate their work, leading to the same problem.

The institutional structures and even the name of peace committees vary across various districts in Kenya, having bene formed by different people, for different reasons at different times. The lack of a standard structure compounds all the above problem, making it difficult to police and support their membership, roles, responsibilities, accountability and level of engagement with other peace actors.

The social problems of ethnicity have been a challenge especially in cosmopolitan districts where certain groups tend to use their numerical superiority to marginalise others. In order to neutralise this problem, some peace committees have made it mandatory that a specified number of peace committee members be drawn from a given ethnic group. This has been successful in Samburu, Tana River, Marsabit and Marakwet.

Gender and relationship to traditional structures

Many traditions and customs sideline women in peace building activities, despite their importance in performing peace building rituals. Though women and youth are increasingly being incorporated into peace committee membership, their significance is yet to come. Women have hardly ever been granted a mandate to deliberate directly on decisions affecting the community. By including women and youth in peace committees, some of the committees have been seen as a threat to these traditions and a challenge to traditional decision-making.

Conflicts that transcend district, inter-tribal boundaries and even international borders have become a challenge for peace committees. Decisions they take can be considered foreign and alien in other communities, and therefore not binding on their members. For example, a Samburu committee once became involved in a dispute with another after a cattle raid over compensation.  For the Samburu, compensation for women and children killed does not exist, because their customs and practices do not allow the killing of women, children and the elderly during inter-community raids.

As the issue of women highlights, although the peace committee system draws heavily from traditional governance systems, tensions remain. The inclusion of women, youth, political leaders, government officials and other characters alien to traditional decision-making has been cited by indigenous institutions as reasons not to recognise the work of the committees.

In communities where traditional institutions are still very strong, such as in the Oromo speaking areas of Marsabit and Moyal, peace committees have been forced to play a subordinate role.

Conclusion: on the right path, but a long way to go

The LPC scorecard is mixed. Although some LPCs have done extremely good work, their impact has been limited by the factors above. The system holds promise, and there are lots of good people working to build peace in Kenya. They, and their committees, must not be allowed to fail.

Louise Khabure is an independent consultant based in Nairobi, with experience across East Africa and the Great Lakes Region
Read more from Louise Khabure 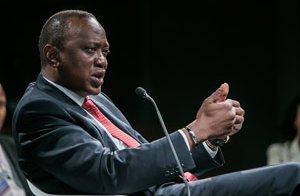