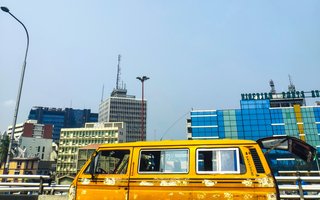 Over the last decade, Nigeria's level of peacefulness has greatly diminished. While insecurity in the country has increased, whichever index you look at, Nigeria has consistently been on a downward slide when it comes to safety and cohesion.

Recently, former United States Ambassador to Nigeria, John Campbell, and a former Director of Harvard University’s Kennedy School of Government, Prof. Robert Rotberg, authored a report. The report is not exactly new in terms of its findings, painting a nation that is not only on her knees but one that has largely failed. At the heart of the report is the insecurity that threatens the nation. The Igbos of the South East have recently been accused of killing Northerners. Elsewhere, groups like the Arewa Youth Consultative Forum have asked Igbos to leave the North or face violence. In March 2021, the Yorubas were given 72 hours' notice to leave the North.

With a boycott of food items to the South from the North, all is not well. There are various secessionist groups all raising the issue of self-determination and the right to self-government. 35 out of 36 states are home to millions of unaccounted small arms and light weapons, and kidnapping for ransom is now the norm. School children continue to be targets irrespective of faith and ethnicity.

With a boycott of food items to the South from the North, all is not well

The Nigerian state security architecture has also failed. Clashes between farmers and herders have increased in the North Central area, and Boko Haram Jihad insurgencies, now overtaken by the Islamic State’s West Africa Province (ISWAP), is holding sway in the North East. In the South, cultism, where a group of largely young people come together in a fraternity or band to cause instability and mayhem, is high. Unknown gun men attack police structures and burn electoral offices. In recent times the political elites and their families have also been targeted.

For a nation that is now very weak, civil society spaces represent one of the last few ways for the nation to be rescued. Local community organizations are now creating what is being called community 'peace bubbles'. Peacebuilders, through their organizations and mobilization, are building these 'peace bubbles’.

This term originated from the COVID-19 pandemic, wherein governments allowed small groups of people to create support 'bubbles' that could stay in close physical contact. In Nigeria, during the prolonged lockdown in 2020, there were religious bubbles and various kinds of community bubbles. These support bubbles were united by common interest and the need for collective safety either from the COVID-19 pandemic or for to support one another with their livelihoods.

In the same vein, community 'peace bubbles' are evolving in many parts of Nigeria and have the capacity of holding together a nation that is disintegrating, and also show that community cohesion and cooperation still exists.

Civil society and non-governmental organizations, in their efforts to strengthen ungoverned spaces, are largely relying on these peace bubbles, but how can we identify them? Peace bubbles are characterized by an absence of violence, or fear of violence, especially when weighed alongside the community's proximity to a conflict zone.

Community 'peace bubbles' are evolving in many parts of Nigeria and have the capacity of holding together a nation that is disintegrating, and also show that community cohesion and cooperation still exists

For these community peace bubbles, there are intersecting dynamics of peace, perception, conflict, economy, political, ethnic, and faith indices. In practical terms, a group can be in a peace bubble because they share the same faith, political affiliation, history, or shared aim of building community cohesion.

Education and poverty play a role here too, in that community peace bubbles have largely succeeded where there are only basic social infrastructures, or intentional structures by community members such as Early Warning and Early Response (EWER) mechanisms.

As it stands, these community peace bubbles are now abundant in Nigeria. They are the handiwork of years of effort by local community peacebuilders, working to establish social and community cohesion, making sure that localized early warning and response mechanisms are functional in communities.

In Plateau state, North Central Nigeria, there are two peace bubbles: one is called Korner Soldier and the other, Dadin Kowa. Both are part of communities that have not been affected by conflict and violence that has taken place along religious and ethnic lines.

On several occasions, however, the elasticity of the peace bubbles has been tested. We have seen Muslims and Christians participating in sports for peace activities. One example is the 'MUSIC plus SPORTS equals PEACE' initiative, which was funded by the Peace Direct's 'Local Action Fund' and other interventions targeting economic livelihoods. The sports program hosted by a local partner, Displaced Women and Children Foundation, in partnership with Tattaaunawa Roundtable Initiative has helped communities bond by more than one factor in the Korner Soldier peace bubble. Monthly peace and dialogue forums are held and stakeholders meet regularly to discuss early warning signs in their area.

These communities may seem like a tiny drop of peace in a mighty ocean of conflict, but with many of them working in tandem, there is hope and belief that with more work, consistency and funding for local initiatives, these peace bubbles will grow bigger and have ripple effects far and wide.

Dr. Prince Charles Dickson is Peace Insight's Local Peacebuilding in Nigeria. Based out of Jos, Plateau State, Dr. Prince Charles is a peace practitioner and policy analyst with decades of experience in media, public policy, psychology and development practice. He is currently the Team Lead for the Nigerian-based Tattaaunawa Roundtable Initiative (TRICentre).Prince Charles is a certified negotiator and arbitrator, with training in journalism and psychology. He is also a Henry Luce Fellow and Ford Foundation grantee, and holds certifications in Religion and Global Politics, Gender, Negotiation and Conflict Management and Analysis, Interfaith, Peacebuilding and Conflict Resolution.Prince Charles is an alumnus of the University of Jos and, the prestigious Humanitarian Academy at Harvard and the University of Texas at Austin. He holds a doctoral in Psychology (Policy & Human Development) from the Jesuit run Georgetown University Washington DC.
Read more from Dr. Prince Charles Dickson

Culture, media and advocacy Dialogue and mediation
Disclaimer: The views expressed in this article are those of the author and do not represent the views or position of Peace Direct.

More on Culture, media and advocacy and Dialogue and mediation →