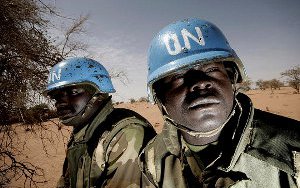 (Image credit: UN Photo/Stuart Price
There is an inherent tension in the act of promoting a process of self-organisation from the outside. Too much external interference will undermine self-organisation.
Complexity theory has shed light on how complex systems self-organise. Self-organisation in the peacebuilding context refers to the various processes and mechanisms a society uses to manage its own peace consolidation process. If a society is fragile, it means that the social institutions that govern its politics, security, justice and economy lack resilience. Resilience refers here to the ability of these social institutions to absorb and adapt to the internal and external shocks and setbacks they are likely to face. If a society is fragile it means that there is a risk that it may not be able to manage its own tensions, pressures, disputes, crisis and shocks without relapsing into violent conflict. This risk is gradually reduced as the institutions develop the resilience necessary to cope with the type of threats they are exposed too.

If the resilience of the self-organising capacity of a society determines the extent to which it can withstand pressures and shocks that risk a (re)lapse into violent conflict, then peacebuilding should be about safeguarding, stimulating, facilitating and creating the space for societies to develop resilient capacities for self-organisation.

Seen in this context, peacebuilding can be a very delicate and self-contradictory process fraught with built-in tensions. There is an inherent tension in the act of promoting a process of self-organisation from the outside. Too much external interference will undermine self-organisation.

Most international peacebuilding interventions, large and small, make the mistake of interfering so much that they ended-up undermining the ability of the local system to self-organise. External peacebuilders impose neoliberal political and judicial norms and model institutions according to their own ideal types. In the process they deny local societies the room to develop their own institutions which are emergent from their own history, culture and context.

They also fail to recall the irregular progress, setbacks and challenges of the state formation processes in their own history. Consequently they are unrealistic about the time-frames and incremental progress involved. They set end-states and measure progress against ideal-type indicators that end-up reinforcing perceptions of fragility.

Peacebuilding is desperately in need of more realistic planning, more frankness about the uncertainties and risks involved, and more awareness about the incremental progress, and occasional setbacks, societies are likely to experience in their transitions from fragility to resilience.

Instead of trying to replicate institutions that mirror their own, international peacebuilders will benefit greatly from studying their own history, so that they can improve their understanding of the evolution their own institutions underwent to end-up playing the roles they perform in their societal context today. They should study the various stages these institutions went through before they took on their current roles, the degree to which their development was linked to the simultaneous development of related institutions, and ask themselves if their institutions could have the credibility to play its current role in their society without that particular history.

What is appropriate would depend on the context, however as a general rule of thumb I would argue that international peacebuilding interventions should provide security guarantees that regulate acceptable state behaviour in the international system, and they should stimulate, facilitate and create the space for the emergence of robust and resilient self-organised systems.

International peacebuilding interventions should not interfere with local social institutions with the goal of engineering specific outcomes, such as trying to produce a neoliberal state. Trying to control the outcome produce the opposite of what peacebuilding aims to achieve; it removes much needed feedback, it prevents social institutions from learning, it generates ongoing dependence, and it undermines self-sustainability.

Dr. Cedric de Coning heads the Peace Operations and Peacebuilding Research Group at the Norwegian Institute of International Affairs (NUPI) and he is also a Senior Advisor on Peacekeeping and Peacebuilding for ACCORD.
Read more from Dr. Cedric de Coning
Disclaimer: The views expressed in this article are those of the author and do not represent the views or position of Peace Direct. 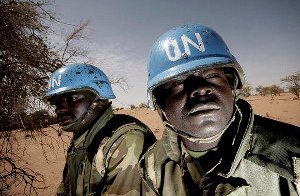