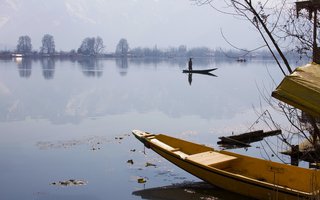 The assassination of Ajay Pandita, a locally elected Sarpanch (village head) in Lokripora, South Kashmir on June 8th, has once again dashed the hopes of Kashmiri Pandits (a minority Hindu community in Kashmir Valley) wishing to return to their homeland. Living in exile, the Pandits were forced to flee under the threat of Islamists and armed militants in 1990 when an armed insurgency started in the region. Since then, successive governments have not been able to guarantee their safe return. However, over the years several attempts were initiated at the community level to rebuild trust. These dialogues did not survive in the prevailing security environment, as separatist groups have resisted the returning Pandits.

Under such circumstances, Ajay Pandita’s determination to return, participate in an election and become an elected official raised hopes for the Pandit community. However, his assassination has once again caused fears and deep mistrust to surface. While this event and others like it are major setbacks for minority groups in Kashmir, this article sheds light on how this period of transition is providing opportunities for healing, and reports on the organisations attempting to usher in renewed energy for peacebuilding.

Under such circumstances, Anjay & Pandita's determination to return, participate in an election and become an elected official raised hopes for the Pandit community

Building peace from the ground up: Pandita’s story

Pandita, who returned to Kashmir 15 years ago, had built good relations with his Muslim neighbours, and over the last decade or so had initiated community dialogues at the grassroots level. As someone who wanted to promote the idea of peace and democracy, he decided to run for local office at the village level. He was elected unopposed in Lokripora in December 2019. The local population took considerable risk to come out and vote for him. When a lockdown was imposed in March, Pandita had gone back to his native village to tend to his orchards and rebuild his ancestral home.

He was risking his life on a daily basis, exposing himself to the risks posed by COVID-19 to reach out to local Muslim villagers and help them in these difficult times. Unfortunately, Pandita became a perfect target for Islamists and extremists who feared efforts to build peace. He was killed by the Tehreek Resistance Front, a local terror group who claimed responsibility. Clearly, being a Pandit, a peacebuilder and an elected representative went against the ideology of the terrorists. His family in Jammu is fearful, but do not want to give up on the idea of returning. As they say, “It’s our home and we will go back.”

Pandita’s assassination was also a setback for the second-generation Muslim youths who are trying to start a dialogue on the Pandit exodus, and have been working to dispel conspiracy theories. Abid Salam, a 24-year-old elected member at the Municipal Council in Baramulla, North Kashmir, passionately challenged Islamists by claiming that not a single verse in the Quran speaks about killing a Pandit Sarpanch. Likewise, Javaid Trali, a political activist and prolific writer, condemned the heinous killing, calling it extremely distressing and deplorable.

And Touseef Raina, the 28-year-old Founder of the Global Youth Foundation, authored an article for the JK Policy Institute a week before the assassination, where he claimed: “Now, as the system is changing and Delhi is directly controlling Kashmir, it is a ripe time to stitch back the wounded relations by sewing the fault lines.” They, like Pandita, are risking their lives to build peace in a place that is caught between jihadi groups, extremists, an aggressive state, and now a pandemic. Unfortunately, their voices - which cut across political and community divides - are not resonating with either side of the fault line.

They, like Pandita, are risking their lives to build peace in a place that is caught between jihadi groups, extremists, an aggressive state, and now a pandemic

Reorganising amid a pandemic

In January 2020, the region of Jammu and Kashmir was already experiencing prolonged tensions that began when Article 370 of the Indian constitution was abrogated on August 5th 2019, revoking the region’s autonomy. The security and communication clampdown that followed in the newly formed Union Territory left people in a state of shock. A sense of disbelief, anger, and a loss of identity triggered angry reactions across the Valley. Political leaders and their affiliates from both the mainstream and separatist camps were put in temporary jails or under house arrest. However, this did not lead to mass protests or street violence as was witnessed between 2016 and 2019. Now that most of the political leadership has been released, there is growing disquiet and a lack of acceptance of the new order. It is during this historical transition that a nation-wide lockdown was announced in March in response to the COVID-19 virus. This meant an additional lockdown on top of the ‘political lockdown’ and communication blockade that has already deeply impacted the Kashmir Valley. Angry, confused and uncertain, a paralytic silence took hold across the region. It has been broken many times with cross-border firing with Pakistan along the Line of Control and within the Valley.

Besides the colossal human suffering, one of the biggest casualties in the period post 2016 has been local peacebuilding. The space for peacebuilding has shrunk as the competing narratives of jihadism and nationalism have gained strength in recent years, especially after Burhan Wani, the Hizbul Mujahidin Commander, was killed in 2016.

Stuck between an overzealous state, aggressive law enforcement agencies, terror groups, ideologues, and an increasingly radicalised youth, peacebuilders have found themselves at the margins and increasingly vulnerable amid an active conflict. They have received no recognition or support for their challenging work that puts them at enormous risk. They also face local ridicule, social media trolling, and are threatened and targeted for their interventions, which are labelled as “anti-national”, “appeasing to Muslims” or “anti- Kashmiri.”

Besides the colossal human suffering, one of the biggest casualties in the period post 2016 has been local peacebuilding

Peacebuilding on the back seat?

The securitisation of government policy towards the Valley has not helped the situation, and peacebuilders face many hurdles to carrying out their work. By centring on a security approach to counter terrorism and extremism, the central government has stopped alternative approaches, including local dialogue and conciliation. This drastically reduced the space for peacebuilding initiatives to create non–violent practices, expressions and discourses.

Peacebuilders have since taken a wait-and-see approach as they fear that any action could be misconstrued: seen as being ‘supportive of dissenting or disruptive voices’ and booked under the Jammu and Kashmir Public Safety Act, a preventive detention law under which a person can be taken into custody to prevent them from acting against “the security of the state or the maintenance of public order.” Hence, peacebuilding and community organisations have been forced to take a back seat as radical and militant groups reorganised.

Before abrogation, pertinently post 2016 there was a growing social sanction of militant groups, either out of fear or because of alignment with their cause. Social support led to thousands of mourners assembling during mass funerals, which became a political tool for upscaling violence. However post abrogation a lid was put on this. Lately after abrogation (while the phenomenon of mass funerals in not currently possible), militant activities have again picked up and have become more pronounced within the Valley. There has been a sudden spike in the number of military encounters, even during a nationwide lockdown. According to media sources, 28 terrorists were killed in April, more than double the amount killed in the previous year. So far, a total of 68 terrorists in Jammu and Kashmir have been killed so far in 2020. There have also been civilian abductions and killings, as well as ongoing recruitment into extremist groups. Military confrontations have resulted in untold collateral damage and destruction of civilian property as in Srinagar.

While the COVID-19 pandemic has added an extra burden and challenge for community organisations and peacebuilders, it has also offered opportunities to review intervention strategies for peacebuilding. For example, what was applicable before abrogation and the pandemic may not be relevant now, or may have to be applied in a different way. Peacebuilders will have to revisit conflict narratives in a new way by creating an inclusive culture and rebuilding strong and accountable institutions. The earlier political system has reinforced policies of discrimination and inequality.

While the pandemic has added an extra burden and challenge for community organisations and peacebuilders, it has also offered opportunities to review intervention strategies for peacebuilding

With the emergence of a new political reality that came with the newly formed Union Territory, peacebuilding needs to be renewed. Incidentally, despite current COVID-19 restrictions, the pandemic has provided opportunities for peacebuilding initiatives to respond. It has given a chance for many to enter into the public arena and connect with local communities, and peacebuilding organisations are increasingly redesigning their interventions as humanitarian, circumventing government scrutiny. We are therefore seeing a slow but steady creation of space where community organisations are able to mobilise to provide essential services to people, offer mental health counselling and livelihood support, build resilience and engage in networking to help people in distress. For example, the Yakjah Reconciliation and Development Network, a youth-led network in Jammu, Kashmir and Ladakh, convened key stakeholders from state authorities, civil society organisations, security agencies across the region and different institutional bodies to streamline evacuation plans during the lockdown as well as repatriate people stranded outside Jammu and Kashmir. Similarly, the Kashmir Women Collective, a women rights group based in Srinagar implemented the Food4All initiative, which brought together donors, communities and community organisations to provide rations to low income families, especially those headed by single women. In another example, the Help Foundation, also based in Srinagar, transcended political and geographical boundaries by offering online counselling through a panel of experts.

We are therefore seeing a slow but steady creation of space where community organisations are able to mobilise to provide essential services to people, offer mental health counselling and livelihood support, build resilience and engage in networking to help people in distress

These interventions provide local groups and networks with the means to grow organically and create spaces within state and non-state structures for peacebuilding. This is an opportunity that should not be wasted but should instead be used to form the basis for building momentum for peace. Recent social and political changes in Kashmir bring with them the opportunity to usher in renewed energy for peacebuilding. This opportunity must be seized by civil society and supported by all.

Human rights Preventing violent extremism
Disclaimer: The views expressed in this article are those of the author and do not represent the views or position of Peace Direct.