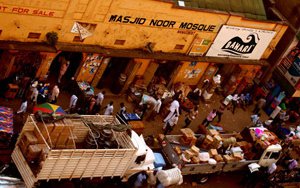 A new agenda for development data in sub-Saharan Africa is urgently required – one that puts local demand, incentives and applicability at the centre.

It has been demonstrated that we are being misled by African development statistics. In my book, Poor Numbers, I have documented a big knowledge problem. I started out by asking: what do we know about income and growth in sub-Saharan Africa? The answer is: much less than we like to think. The data are unreliable and potentially seriously misleading. The question is of great importance – economic growth rates or per capita income estimates are commonly used in statements about development in Africa.

Underlying this problem is that we have been very good at demanding data. But we have paid little or no attention to how data is supplied. In order to understand the knowledge problem in African economic development, one needs to understand the history of the local institutions that have provided information on African economic development: the national statistical offices. In the second chapter of my book I write the history of how African economies have been measured since colonial times, and at the heart of the story is the statistical office.

The statistical capacity of African states was greatly expanded in the late colonial and early postcolonial period, it suffered greatly during the economic crisis of the 1970s. Statistical offices were neglected in the decades of liberal policy reform that followed – the period of “structural adjustment” in the 1980s and 1990s, which meant governments had to account for more with less: informal and unrecorded markets in food and services were growing, while public spending was curtailed.

In the discussions leading up to the adaptation of the Millennium Development Goals (MDGs) the question of local demand and local supply of data was largely absent. In the end the MDGs were drawn up as eight goals, 18 targets and progress on the MDGs was supposed to be measured using 48 quantitative indicators compared with a 1990 baseline.

As noted in a Nature editorial: “Every year, the UN (United Nations) rolls out reports with slick graphics, seemingly noting with precise scientific precision progress towards the goals. But the reports mask the fact that the quality of most of the underlying data sets is far from adequate. Moreover, the indicators often combine very different types of data, making aggregation and analysis of the deficient data even more complicated.”

While funds have been available for statistical offices, partly as a result of the MDGs’ agenda, they have tended to divert resources and manpower from economic statistics towards social statistics, because these targets are important in monitoring the MDGs. Moreover, these are generally ad-hoc funds that reward employees for collecting data for a donor funded project, which detracts from statistical offices' regular responsibilities in analysis and dissemination. In effect this has meant that donors distort data production rather than building up statistical capacity. And it stretches resources for manpower and infrastructure.

The problem here is lack of coordination – many countries have drawn up national strategies for statistical development, but more often than not, donors break with the priorities set out in these plans and demand the data they need, thus adding to the fragility of a statistical office under increasing pressure. In practice, many statistical offices have been operating as a data collection agency for hire, not an office that provides objective information needed for the day to day politics of the state or for policy planning.

A new agenda for data for development is needed. We currently know too little about which statistics matter for local media, politics and citizens. Local statistical capacity and local demand for statistics must become part of the Post-2015 development agenda discussions. Previously targets were identified first, but less thought was given to where the data should come from.

Morten Jerven is associate professor at Simon Fraser University in Vancouver, Canada. He has published widely on African economic development including a recent book, Poor Numbers: How We Are Misled by African Development Statistics and What to Do about It.
Read more from Morten Jerven
Disclaimer: The views expressed in this article are those of the author and do not represent the views or position of Peace Direct. 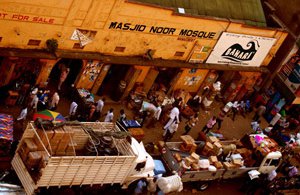