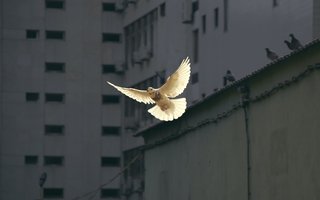 Photo by Sunguk Kim on Unsplash

Neutrality is one of the four defining principles of humanitarian action, alongside impartiality, independence and humanity. It means that humanitarian aid must not favour any party in a violent conflict. It also means that they should not engage at any time in political, religious, racial or ideological controversies. This notion continues to remain a contested principle amongst humanitarians.

Scholars like Stuart Gordon and Juliano Fiori have argued that neutrality is a result of a particular type of geopolitics. Geopolitics  in which the majority of the conflicts were inter-state in nature. But this is no longer the case.

Scholars including John-Paul Lederach and Adam Curle believe that increases in internal conflicts and civil wars around the world should lead to redistribution of power. To place that power in the hands of local humanitarians and peacebuilders. The default assumption however is that INGOs are better suited as the only ones who can remain neutral.

Neutrality in this instance promotes the ideas underlying the “white saviour’’ mentality. That is, the groundless perception that White, often Western actors are uniquely moral and qualified to intervene during conflicts. They are often viewed as perfect neutral arbitrators.

Can we really remain neutral during a conflict? Is it even morally desirable?

Over the years, criticism of the humanitarian principle of neutrality has increased. It has become more than a tool to gain access to victims, and closer to an excuse to prevent local peacebuilders from resolving their own conflicts. It has also been noted that humanitarian assistance can never really be neutral. This is because the very act of providing assistance and protection means that one is standing against the perpetrator.

During the violent transition in South Africa following Nelson Mandela's release, humanitarians argued that their job was to reduce tensions. But this could only happen as part of their equal commitment to ending structural inequality- apartheid. Their firm conviction to resolve the conflict by addressing systemic discrimination challenged the notion of neutrality. Moreover, new humanitarians believe that philanthropy with lack of rights and empowerment of local people threatens to reduce those suffering to be just pitiful victims - unable to act against their own suffering.

Humanitarian aid, without addressing the root cause of the injustice, only prolongs a dependence on aid.

The principle of neutrality also further isolates local peacebuilding efforts. This is because the majority of the local NGOs cannot afford to develop detailed legal agreements with the various stakeholders of a conflict to prove their neutrality. As pointed out by Hugo Slim, it takes access to financial resources and diplomatic networks to engage neutrally across a conflict. Often, local NGOs don't have the financial means to access lawyers and professional mediators. The types of people who are well-versed in customary international law and international human rights obligations.

Moreover, I belong to a growing contingent who believe that neutrality is not morally desirable. Especially when the cause of people’s suffering is authoritative government. Fiona Terry wrote about the reaction of Bosnian Muslims in the 1990s to international humanitarian organisations. When they shouted, “we have no need of you, we need arms to defend ourselves, your food aid and medicines only allow us to die in good health”. This makes us question if aid can really protect the local population? Especially when the conditions that perpetuate vulnerability continue, in an environment where the international community is actively carrying out its operations.

Recently, pro-democracy campaigners in Myanmar have criticised international agencies for not showing solidarity with the people of Myanmar. They also said they were neglecting the root cause of the conflict- the illegitimate rule of the military through a violent coup. In an interview by Emily Fishbein, an aid worker in Myanmar said “Of course, it’s easy to remain neutral when the act of injustice doesn’t affect you.” The campaigners in Myanmar have also urged international agencies to support grassroot NGOs. Those who are working to protect the civil and political rights of the citizens of Myanmar.

INGOs have tried to engage with the military officials who are been the prime offenders of human rights abuses.  International organisations have justified their neutrality as needing “travel authorisation” to enter Myanmar. Access to aid was frequently denied by the military in areas where pro-democracy demonstrations were held. This begs the question: why IGNOs are not working with local organisations who have strong community networks?  According to Khin Ohmar, to not work with local organisations is a step backward from decolonising aid practices.

Neutrality is not the only way forward

Neutral humanitarianism is not the only way of responding to conflicts. Time and again, local peacebuilders have utilised their contextual knowledge, community trust and networks to reach negotiations and to build sustainable peace. Moreover, inter-religious councils have played a significant role in facilitating reconciliation efforts in response to civil wars in Sierra Leone and Guinea. As noted in this article, neutrality can be counterproductive and work against the aim of humanitarianism. It can also discredit and delegitimize the work of local peacebuilders. This happens by spreading the false narrative that we must be neutral to be a good humanitarian worker. In this way, neutrality can reinforce colonisation of aid practices.

Navya Khanna is a peace practitioner who has 3 years of experience in volunteering and working with organisations in the development- migration nexus. She is also a volunteer at The Peacebuilding Project. Navya has coordinated and implemented field projects. This experience has made her a supporter of community driven solutions to transform conflicts in a positive manner. In 2020, she started her own youth-led initiative called Diversity Dialogue committed towards countering hate speech and providing peace education in India. She has recently graduated with a B.A. Honours in Political Science and minor in Indian History from Kamala Nehru College, University of Delhi. She is currently working as a Research Assistant in the Department of International Development of London School of Economics and Political Science.
Read more from Navya Khanna

Culture, media and advocacy Peace education Research
Disclaimer: The views expressed in this article are those of the author and do not represent the views or position of Peace Direct.