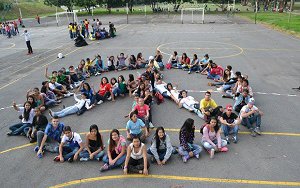 Some mark the beginning of Colombia’s conflict with the assassination in 1948 of populist radical presidential candidate Jorge Elicer Gaitan. This prompted decades of massacres between Colombia’s two political parties, the Liberals and the Conservatives. The violence then evolved into leftist guerrilla groups such as the FARC, the ELN, the EPL and the M19, who waged war in the name of doctrines that denounced the poverty, lack of education and access to land that Colombia’s rural and urban areas had long faced.

These guerilla insurgencies sparked a paramilitary counter insurgency. And mixed into all this violence was the rise of organised crime, which still holds a grip on the country as strong as any insurgent group.

A legacy of broken promises

Now, more than six decades on from Gaitan’s assassination, it is estimated that 14% of the population is a direct victim of the armed conflict, and that most of the population has been indirectly victimised. It is in this context that the Colombian government began peace talks with FARC in 2012.

But with ten failed peace talks with various armed groups behind it, and with questionable results to show for the peace agreements that have been carried though, it is no wonder that many Colombians do not believe that an agreement can be reached. Opinion polls have been consistently low since the beginning of the peace talks, with an average of between only 32 and 42% of the population saying they think the talks will be successful. Between 40 and 50% say they would take part in the participatory mechanisms, such as the referendum, established around the peace agreement.

These figures illustrate the fact that average Colombians have distanced themselves from the peace process. Based on a belief that negotiations have been a form of political battle between rival political factions, they prefer not to be involved. This reaction has been so strong that even the word ‘peace’ has become politicised; it has become synonymous with support for one or the other of the major political movements.

At Fundación Mi Sangre (FMS), a Colombian NGO working to transform children and youth into agents for change in the construction of peace, we have long observed the importance of this question and addressed it through our Peace Education methodology. For FMS the conflict has blocked children and young people's ability to imagine and dream the potential that their lives hold. Multi-generational violence has limited the opportunities of Colombians for so long that many have stopped dreaming of a time when their country will be at peace.

This can result in children and young people choosing a path of illegality, feeding into rather than working to stop the cycle of violence.

For this reason a key step to building sustainable peace in Colombia will be a cultural shift in which people redevelop their identities as individuals and as a society in peace. Dreaming and imagining hold a great power to unlock social transformations for long term change.

Practical steps to make the dream of peace a reality

For us the process of reactivating the ability to dream begins with strengthening life skills in children and young people. To achieve this, we use a methodology based around art and play, not as an end but as a means for peacebuilding. Tools like this awaken the imagination and stimulate creative powers in children and youth, allowing them to explore different realities and develop their own understanding of the world.

Once the ability to dream of peace and opportunity is awakened, FMS supports young people carrying out entrepreneurial initiatives to address social problems in their communities. Young people are constantly told there are not the resources and that change is impossible, but these small actions counter this, showing them that through their own resourcefulness and creativity even small changes can be a first step to making a difference.

If Colombia's next generation of young leaders does not believe that peace is possible at the individual or social levels – if the conflict has stifled opportunity for so long that when asked who they will be in a country at peace, there is no answer – then the cycle of violence will continue whether a peace agreement with the FARC is signed or not.

It is for that reason, that we will continue a decade of using peace education as a tool for children and youth to discover their citizenship and believe in their capacities to positively change society.

Culture, media and advocacy Health and counselling Peace education
Disclaimer: The views expressed in this article are those of the author and do not represent the views or position of Peace Direct. 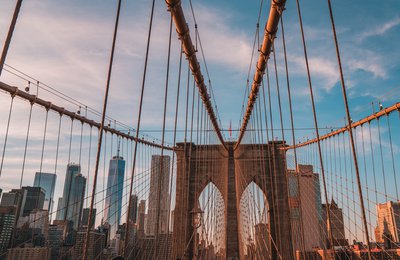 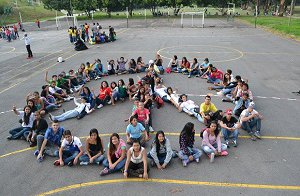