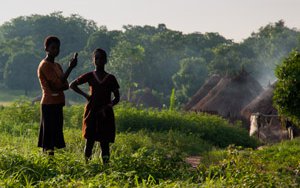 Image credit: STARS Foundation
Early warning and early response (EWER) systems are critical elements that serve as the basis for peacebuilding
The scourge of violent conflict in Nigeria has grown since the country returned to civilian rule in May 1999. Recent bombings across northern Nigeria led the federal government to declare a state of emergency in three states - Adamawa, Borno and Yobe. Conflict in Nigeria is an interaction between political, ethno-religious and resource competition against the backdrop of predisposing factors, such as mutual distrust, intolerance and unhealthy rivalry between different ethnic groups.

However, conflict prevention is possible. But only if stakeholders and policymakers are sensitive and responsive to early conflict indicators. In this regard, early warning and early response (EWER) systems are critical elements that serve as the basis for peacebuilding. Response systems are needed at all levels of society - from small communities, up to the national level. There is a strong relationship between challenges with existing early warning systems in Nigeria and the actions, or inactions, in response to early warnings by policymakers.

What is an early warning and early response system?

An effective EWER system must have strong connection between civil society and key stakeholders
Early warning is the collection, analysis and communication of relevant information and conclusions to enable policymakers to make strategic choices. Unlike traditional intelligence, which also collects and analyzes information and communicates the results, the object of early warning is not primarily security for oneself or one’s country, but the security of another; in early warning, the security is not self-directed. The other party or parties are not presumed to be adversaries, as is the case with intelligence analysis.

Early warning and conflict prediction are central concepts in conflict prevention. An effective EWER system must have strong connection between civil society and key stakeholders, such as policymakers, to elicit positive responses.

Conflict prevention requires careful monitoring of indicators of rising tensions and measures taken to mitigate the potential for crises to escalate. Early warning consists of data collection, risk analysis, and the transmission of information with recommendations to targeted recipients. Early response systems are the timely and appropriate prevention initiatives, usually undertaken when violent conflict looks likely.

The role of traditional and local leaders, community-based organisations, and faith groups need to become more prominent in providing information and support.
In Nigeria, peacebuilding stakeholders' responses to early warning signals are weak and inadequate due a to lack of coordination between major stakeholders - policymakers, civil society and local actors. There is an urgent need to develop conflict prevention and management mechanisms to enhance political stability, peace and human security in Nigeria.

For EWER systems to be successful in Nigeria, closer engagement between local actors and government are essential. Most of conflicts in Nigeria emerge from the local community. The role of traditional and local leaders, community-based organisations, and faith groups need to become more prominent in providing information and support.

Traditional and cultural institutions in towns and villages in Nigeria have mechanisms for EWER that influence their conflict response and peaceful coexistence, such as village assemblies and town hall meetings. These mechanisms are often not documented, but play a crucial role in peacebuilding and community resilience to violent conflict.

Early warning without early response is counterproductive. An effective early response takes into consideration structural and systemic causal factors that constitute the root cause of emerging or ongoing conflicts.

Clear and accurate information is integral to EWER. Wrong or subjective information can lead to a wrong response. Importantly, information should reach decision-makers fast enough in order to make quick decisions. The contribution of local, state and national systems to conflict prevention in Nigeria will depend on how strong the linkages between them are, and how they can adequately complement each other.

The prerequisite resources - human expertise, technological infrastructure, and political will - needed for successful early warning and early response mechanism are lacking. Without these, information will not be easily accessible and responses cannot be rapid. The politicisation of EWER in Nigeria remains evident, specifically in the control of political information in cases of (national) security.

It is important to highlight the significant progress EWER has made in Nigeria in spite of the prevailing challenges. Civil society organisations such as the West Africa Network for Peacebuilding (WANEP), Search for Common Ground (SFCG) and, Inter Faith Mediation Center (IMC) have been involved in sensitisation, capacity building, design, and implementation and reporting of EWER programmes in Nigeria. For example, WANEP established a Nigeria Civil Society early warning-response mechanism, and SFCG runs a participatory EWER system in Plateau State. 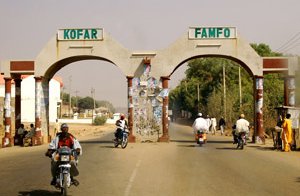 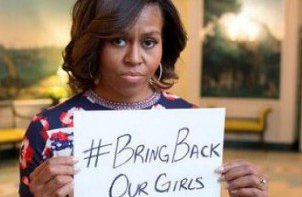 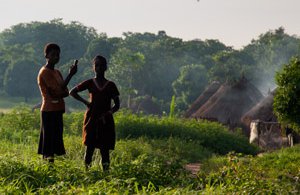