There is no doubt that war affects women and men differently. Whenever there has been conflict, women and children have been known to suffer disproportionately during and after war. Women and children are often the most vulnerable and prone to being hit the hardest.

Women who survive these atrocities often have to live with the vivid and terrifying images of rape, war, and death for the rest of their lives. Women also suffer from sexually transmitted diseases, stigmatization, and sometimes unwanted pregnancies. They are faced with the daunting task of keeping families together after displacement, providing food, clothing and shelter in what is in most instances, destroyed infrastructure, for their children and their families.

The current conflict situation in Somalia is another example of the crimes committed against women and children during war. According to Human Rights Watch, internally displaced people in Somalia are suffering sexual violence in the form of gang rape and other forms of abuse in Mogadishu’s refugee camps. Human Rights Watch reports that the abuse takes place at the hands of armed groups, including government forces. The rape is gruesome and degrading. A 23-year-old woman who was 9 months pregnant was gang raped by 3 men in army uniforms. Women suffer quietly as they fear stigma, reprisal and even execution.

“While women remain a minority of combatants and perpetrators of war, they increasingly suffer the greatest harm,” said the veteran editor at the African Woman and Child Feature Service, Jane Godia, in an interview with Gender Governance Kenya.

The effects of war continue for years after the fighting ends as many women are left widowed and many children are orphaned. Women struggle to sustain livelihoods for their children after conflict.

It is therefore of great importance that women begin to play a significant role in curbing the effects of violence, not only for themselves, but their families and communities at large. To a great extent, women need to be actively included and involved in the formal aspects of the peace process so that they can stand up for their rights and rally for peace at a national level. The inter-linkages between women’s development, peace, security, and human rights cannot be denied.

Still women continue to be absent from formal peace negotiations especially in Africa. For example, despite the relentless grassroots efforts of the women of Sierra Leone to end civil war, they were left out in the final negotiations of the Lome Peace Accord of 1999 held in Togo, Lome.

Women are seen as victims of conflict that need to be protected and kept safe rather than agents of change for peace. Because of such views and sentiments, the elimination of violence against women in conflict prone areas continues to pose challenges.

Strides and efforts continue to be made to bring women to the forefront as agents of peace and positive political change. The UN Security Council recognizes women’s inclusion strengthens prospects of sustainable peace. In October 2000, the resolution 1325 was adopted which recognizes the role of women in strengthening their participation in decision-making, ending sexual violence and impunity, and providing an accountability system.

UN Women also supports projects that focus on increasing women’s participation in decision-making, promoting the use of gender perspectives in policy development, strengthening the protection of women affected by conflict, countering conflict-related sexual violence, amplifying calls for accountability and advancing the status of women in post-conflict settings.

However, more needs to be done to empower women. Women must begin to play a significant and major part in peace talks and post-conflict reconstruction and they should be empowered to take a stand against gender violence.

Tadziripa Madzima is a Zimbabwean Communications specialist with over 12 years experience in communications, partner relations management, advertising, storytelling, branding, event planning, public relations and digital media related work. She has experience in creating communications strategies and campaigns for European and African markets. She has served as a Global Communications Manager and Partnerships Manager for Reach for Change, supporting with communications, partnerships management, fundraising and storytelling across 18 markets internationally. In 2018 she was selected as a Fellow by the Mandela Washington Fellowship which is the flagship program of U.S. Government’s Young African Leaders initiative. Tadzi also founded a youth initiative called Ignite Youth in Zimbabwe, which provides a purpose-centered approach to career guidance for young people. She holds a Bachelors degree in International Relations and Diplomacy with a focus on development, international law and economics. She also holds a Facilitators Certificate in Alternatives to Violence from Phaphama Initiatives and a professional certificate in Peace, Trade and Development from the Monterey Institute of International studies. She is pursuing a Masters in Business Administration and also completing her Advanced Certification in Public Relations with the Chartered Institute of Public Relations. Tadzi uses her expertise to share on how communications plays a vital role in achieving development, progress and peace and in crafting untold stories, putting together compelling articles and thought leadership pieces.
Read more from Tadziripa Madzima 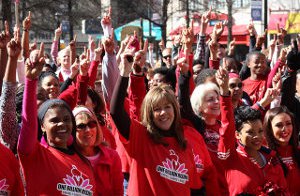