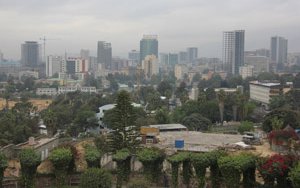 The Ethiopian government has followed a state-driven development model, and argues democracy must come gradually. But the political marginalization of the Oromo, Ethiopia’s largest ethnic group, and poor local governance, have combined with widespread hunger to create volatile tensions, which have manifested as widespread protests, riots, killings and towns under martial law.

The government’s immediate suppression of the protests by military force mirrored previous crises, and has been followed by a purge of local pro-regime leadership. But despite a last minute climb down, a militarily strong, instinctively repressive regime with western backing, and a large, furious majority, both perceiving a zero-sum political standoff, give reason to worry that the underlying triggers and grievances may re-ignite unrest.

The UK and Ethiopia had elections at around the same time this year, and the contrast, for all the UK’s failings, was stark. While the debate in the UK was riotous, with the conclusion forgone in Ethiopia the election rarely made conversation.

On top of this political foundation add drought – 20 million in need of emergency food assistance – and now widespread riots, razing of government buildings, imprisonment and torture, and the killing of around 140 protesters and five security officials, each side claims.

The flash point that triggered the protests and riots was the formal expansion of Addis Ababa into land of the Oromo ethnicity, that is particularly repressed because, being 40% of the population, it is the regime’s most serious threat. Locals complain they have been turfed off land their grandparents died for under previous regimes, their language replaced, and corrupt officials involved have made fortunes. The regime’s pro-poor development rhetoric, lapped up by international donors, adds insult to injury.

After a month of violence, the government has retracted the plans. Yet Addis Ababa’s expansion will only accelerate – it’s population is fewer than 4 million in a country of 100 million, half of whom are children. And to these grievances have been added local ones, such as domination of business and reservation of jobs for outsiders, corrupt governance and oppressive surveillance.

In towns during protests, political discussions are being had openly, contrasting with the silence of before. Into this febrile environment have entered more radical activists – local and diaspora – for some of whom nothing short of independence will suffice, which is tantamount to regime change.

The regime is not known for its restraint, and Ethiopia’s regime is of sufficient interest, in this war torn region, to retain international support. The opposition’s only foreign backer is Eritrea, who funds diaspora groups spreading misinformation intended to stir ethnic tensions, and is itself backed by Qatar, but it has little leverage.

So Ethiopia’s immediate stability is probably not in doubt. But relying on the state’s ability to suppress its citizens is hardly a recipe for long-term stability, let alone the changes needed to rescue the millions disenfranchised and perennially left hungry. The key question seems to be whether the regime will register the grievances, and then be willing and able to do something about it, in a context where negotiations and concessions will be seen as signs of weakness by some protagonists.

This would be a reversal of trends. Opposition parties are kept in disarray with detention, surveillance and tight restrictions, and a Tiananmen Square seems more likely than a blossoming of pluralism. But the regime’s cack-handed public relations – at one point they seemed to suggest the riots simply required better awareness of the benevolence of the regime’s plans – can mask a more adept handling of crises than is apparent.

Some killing on either side, razed buildings and martial law are not going to resolve the conflict, or any of the issues triggering it. They will only embolden discontent, deepen anger and further divide the country. The cancelation of the plans is an encouraging sign, but Addis Ababa’s expansion is a flash point the government will be unable to postpone indefinitely. 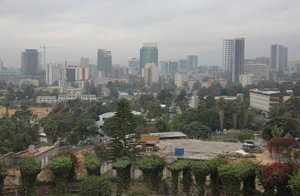