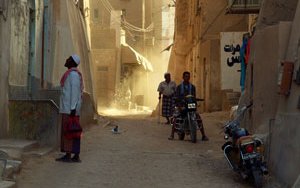 The violent road: An overview of armed violence in Nigeria

Successful initiatives are rarely reported to or shared with other regions, leading to missed opportunities to expand difference-making efforts nationally. To tackle armed violence in Nigeria, however, it is crucial to have a clear picture of the actors and practices currently in operation in this area, and to facilitate the spread of their most effective policies and programmes across the country.

The violent road, from Action on Armed Violence, is a comprehensive look at armed violence in Nigeria. The report analyses the scale and drivers of conflict in different parts of the country, finding significant regional variation. The report also looks at the many different efforts to tackle armed violence, and maps 457 organisations and 495 projects working in Nigeria.

The appropriate response to the challenges we raise is not to abandon social media evidence, as if that were even possible in today’s digital age, but rather to develop systematic procedures to guard against predictable fallacies

Syria’s socially mediated civil war, from USIP, examines how social media has influenced perceptions of the Syrian civil war. The difficulty western media have had in accessing Syria has led to a reliance on social media sources to build a picture of what is happening on the ground. However, as the paper concludes, these sources are often far from impartial and seek to portray the conflict according to a particular agenda.

A conceptual model of peacebuilding and democracy building: integrating the fields

Into the eleventh hour: R2P, Syria and humanitarianism in crisis

The dilemma about intervention in Syria is deepening, according to some, and has long passed, according to others. Arguments rage about the justification, legality, and legitimacy of a potential military attack, especially without UN Security Council approval, and about any attack’s aims and effectiveness.

Into the eleventh hour [pdf], from E-International Relations, is a collection of articles looking at the concept of the Responsibility to Protect (R2P) in the context of the Syrian civil war.

Media and conflict in Myanmar: opportunities for media to advance peace

The proposed media initiatives seek to raise awareness and change attitudes in support of peacebuilding and reconciliation between ethnic groups by promoting better understanding of the language, history, and aspirations of other ethnic groups; a national identity based on unity in diversity rather than unity via assimilation; and trust in the political process to deliver the rights, resources, and political aspirations of all people

Media and conflict in Myanmar, from USIP, looks at the opportunities for peace that have opened up as media restrictions are lifted. The paper identifies three sets of issues that generate violent conflict in Myanmar, and suggests media initiatives aimed at transforming people's attitudes and behaviours in order to build peace.

By Erwin van Veen: The 2012 Al-Qaeda takeover of Radaa, Yemen was viewed as simply a territorial advance by Al-Qaeda. But the situation was much more complicated. Read more »

Central African Republic: Muslims and Christians in Bangui at peace amidst war

The Rohingya in Myanmar: a genuine effort toward peace?

By Margherita Belgioioso: Myanmar’s Rohingya population is one of the world’s most vulnerable groups. As the country transitions to democracy, what are the prospects for the Rohingya? Read more »

Can peace be secured at the expense of justice?

By Landry Ninteretse: As Burundi prepares for elections in 2015, political tensions are rising. Local peacebuilding organisations are determined to make sure they are peaceful.Read more »