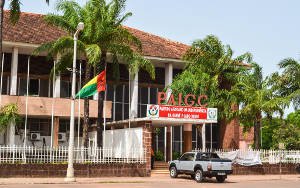 The Guinea Bissau semi-presidential constitution is a particularity in the sub-regional context. It tends to create tension between the offices of the President and the Prime Minister, whose responsibilities overlap. The present political crisis is a demonstration of this particularity. This system brings conflict of interests and needs continuous negotiation and dialogue.

Recently, there was a clear failure of this to happen, with the President, Jose Mario Vaz, sacking the Prime Minister, Domingos Simoes Pereira.

Guinea Bissau has suffered from political unrest for years. Since 1998 no Guinean president has completed an entire mandate. But last year, a very promising election was held and Guinean citizens peacefully choose a new government. It was the beginning of a new cycle of democratic stability – or at least, that is what everyone thought.

Many citizens are frustrated and the international community is astonished
Political or personal divergences should not represent a sufficient reason to sack the head of a government. A number of citizens and social actors consequently supported Pereira, who is the head of the ruling party, the PAIGC, and had the support of the majority of Parliament. Others were more sympathetic with his decision, which they claim was motivated by acts of disrespect and defamation. For example, a few days before the Presidential decree, the President of the Assembly advanced publically the President of the Republic's intentions, mentioning the content of a private conversation with the President during a meeting of the State Council. A debate was held in the Parliament, broadcast on radio and television, during which a number of MPs insulted the President.

The reactions to the Presidential decree in Bissau where particularly aggressive. Pereira’s political balance was very positive and he enjoyed a good reputation. Supporters of his Partido Africano para a Independencia de Guinea Bissau e Cabo Verde led aggressive demonstrations, which were seconded by the main civil society organisations.

The crisis has paralysed the country. A new Prime Minister tried to form a government but resigned after the supreme court ruled that his appointment was unconstitutional. Many citizens are frustrated, and the international community is astonished and faced with the prospect of having to reconsider recently agreed financial and political support to Guinea Bissau.

Many civil society groups had already used words like “illegal decree”, “constitutional putsch” or “risk of civil war” in its somehow injurious communications. But they should push for institutional respect, negotiation and dialogue as the main tools against those who cause problems.

The crisis is demonstrating the particularities of Guinea Bissau’s institutions and civil society. In this case the role of civil society organizations has not been helpful to cool down the conflict ladder, while on the other hand, the military, often involved in politics, has showed a remarkable commitment to non-interference.

This is encouraging for peacebuilders such as Djemberem Di Cumpo Combersa and others who are investing in efforts to ensure the separation of the military from politics and to improve civil-military relations.

Armed peace in the Gambia: the role of ECOWAS

'We are free now in The Gambia - or maybe not'