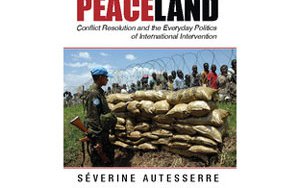 Séverine Autesserre is the author of a new book Peaceland: Conflict Resolution and the Everyday Politics of International Intervention which explores the largely separate world of interveners and expatriates working in the field of peacebuilding. Debate around reforming peacebuilding and large-scale international interventions largely focuses on macro-level constraints, such as funding or donor agencies, but Séverine offers a new explanation. Based on several years of ethnographic research in conflict-zones, Peaceland looks more closely at the problems, with microscopic proportion.

Focusing on the everyday practices, habits and routines of diplomats, donors, NGO staff and military peacekeepers working on peacebuilding, Peaceland argues the separate world they tend to inhabit and lack of contact with host populations, is counter-productive and inefficient. As a result, local stakeholders are rarely incorporated in the design stage of peacebuilding programmes, it’s largely the remit of external actors often using a ‘one-size-fits-all’ approach to peacebuilding.

Despite the emergence of ‘local ownership’ in peacebuilding discourse, little has changed on the ground. Peaceland serves as timely and important contribution to challenging conventional practice, offering solutions and new models to reform the peacebuilding world.

Séverine has kindly agreed to discuss her findings with Insight on Conflict. You can listen to the interview here: https://insightonconflict.org/media/wp-content/uploads/peacebuilding-podcast-9-peaceland.mp3 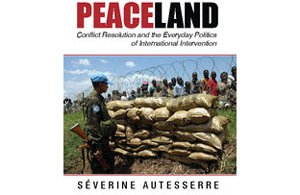