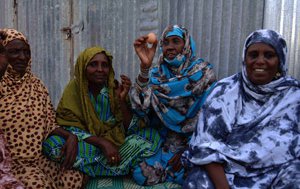 Prior to independence, communities in the Greater Horn of Africa were united by activism, solidarity and a clamour for freedom. But the models of leadership and governance that followed independence often led to widespread discontent among those communities. Most newly formed governments sought to quell this discontent through repression.

Repression often led to abuses, and where there was no repression, structural and institutional marginalisation led to disadvantage and exclusion, disfranchising whole communities from access to services, development and basic social rights. Often local discontent developed into conflicts orchestrated to turn one community against another.

Many conflicts, many causes

Insensitivity to local peace needs has led to the exclusion of those most affected
Today there is great diversity of the root causes of conflict among communities in the countries of the Greater Horn of Africa. Some of the key causes could be clustered thus; over emphasis of community differences by incumbent leaders, media in its diversity, external peace dealers (including law enforcement agencies), and compromised internal peacemakers. At another level the clusters emerge where well known historical injustices persist unresolved. For example pre- and post-colonial factors related to land, political justice and denied or inadequate access to basic services. Other examples of root causes in conflicts include: Deep-rooted, historical unresolved causes of conflict plus unforgiveness and unhealed wounds have led to situations of discontented and intolerant vengefulness. This is made worse by the lack of non-violent means and techniques to address conflicts. In addition, in peacebuilding and peacemaking, insensitivity to local peace needs and priorities has led to the exclusion of those most affected by the peacemaking processes. Social and cultural changes have also tended to limit engagement between local and external peacemaking.

The need for local involvement

It is time to put down externally designed tools and embrace locally crafted techniques
Operating in this context, peacemakers are hindered from creating an environment capable of fostering sustainable peace. The result has been fractured local relations due to externally structured peace processes that ignore local wisdom and techniques. This has contributed to the use of inappropriate means for peacemaking and conflict resolution that negates the functions and roles of the people most affected to address the real issues towards forgiveness, healing restorative justice and peacemaking that fosters living with diversities.

This situation calls for practical re-discovery of local peace mechanisms, and local peace pillars on which restorative justice and sustained peacemaking dialogue could be re-founded. Practitioners and researchers alike need to re-think non-violent peacemaking from within. This will take a paradigm shift towards embracing new skills, redefined by a recognition that local communities have crucial roles and responsibilities in peacemaking.

The need for this has been recognised for a while. As an elder in a local peace forum highlighted:

"The problem is that peacemaking has become highly commercialised in our locality, just like the conflicts. The governments, NGOs and foreigners (meaning local external persons including non citizens as well) and also other local people who come to us want to spend money for peace and this spoils our peace. But if they leave us alone, we can deal with this (conflict) and there will be peace you will see, but they don't want to leave until their money is finished!" (Council Elder speaking to author in an interview, Mandera County 2013).

This was very instructive. It is time to put down externally designed tools and embrace more locally crafted techniques that resolve root causes of conflict while at the same time strengthening local peace infrastructures, thus providing basis for lasting peace.

Kisuke Ndiku is based at PRECISE, a regional agency involved in organizational development, strategic management of change, leadership development and planning in Africa.
Read more from Kisuke Ndiku
Disclaimer: The views expressed in this article are those of the author and do not represent the views or position of Peace Direct. 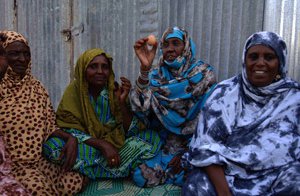 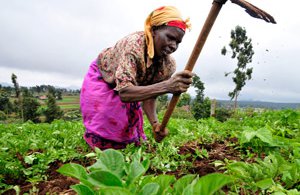 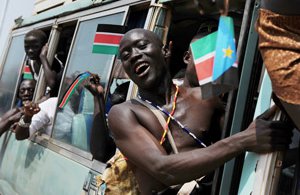