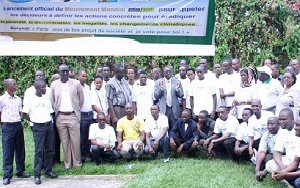 COPA have been working throughout 2015 to provide local solutions to the escalating tensions in Burundian society
Burundi has been gripped by outbreaks of violent protest since April 2015 when President Pierre Nkurunziza announced his decision to stand for the presidency for a third consecutive term. Since protests began, around 200 people have been killed in the capital - not including the number of unregistered deaths - and more than 200,000 Burundians have fled to neighboring countries. On top of this, diplomatic tensions between Burundi and Rwanda are growing, increasing fragility and mutual distrust. The African Union, the European Union, the United States and others have issued an ultimatum to the President of Burundi to begin constructive dialogue, but the government continues to resist. With this unwillingness to initiate an official meaningful dialogue process to stabilise Burundi, local peacebuilding initiatives represent a way to address local drivers of conflict and prevent violence.

The Coalition for Peace in Africa was created in 1996, and established in Burundi in 2004. COPA involves local people in peacebuilding, striving to promote a culture of sustainable peace in both Burundi and the Great Lakes region. With experience in conflict transformation and community mediation, COPA have been working tirelessly throughout 2015 to provide local solutions to the escalating tensions in Burundian society. COPA’s 3 projects in Burundi throughout 2015 have been directed at establishing peace in the nation.

Burundian youth were informed of the need to influence policy makers to implement social projects
The first of these projects was a campaign – 'Action/2015Burundi' - which ran from January to April 2015 with funding from CIVICUS. The campaign focused on the theme ‘Tell me about your social project and I will vote for you’, in order to establish a closer link between the objectives of political parties and the urgent issues of poverty and climate change. The campaign was run to inform Burundians, in particular the youth, of the need to influence policy makers to implement achievable social projects for sustainable development. COPA, in partnership with Action for Peace and Development (APD) and Association Saint François d’Assise (ASFA), implemented the campaign through press conferences, workshops, exchanges and information dissemination, informing the public on topics related to poverty, democracy and good governance, climate change, and the management of conflict. Sports activities were also used to transmit messages related to the campaign. The campaign was run in the framework of a global mobilization to call on world leaders to take ambitious objectives during the UN post 2015 agenda summit held in September in New York and the Climate Summit (COP21) in Paris in December.

Civil society organisations came together to understand the drivers of conflict in Burundi
Africa Day is celebrated each year to mark the formation of the Organization of African Unity (OAU) in 1963 and the African Union in 2002. The day celebrates the progress made in Africa to advance democracy, peace, stability and socioeconomic development. COPA in Burundi joined with Initiative et Changement in Burundi (ICB) to organise celebratory activities with the financial support of Action Support Center and ZID/ZFD, a German organisation to discuss the problems threatening peace in Burundi. For 2 days, civil society organisations including youth, women and religious actors, INGOs and UN agencies exchanged views on the escalating tensions in the neighborhoods of Burundi. Participants analysed the problems, discussed how violence manifests itself. They carried out a mapping of actors directly involved in the conflict, its causes and consequences and actions already taken. Discussions ended with thinking about the ideal future and scenarios of compromise,  with participants formulating recommendations to share with different stakeholders.

What is next for COPA in Burundi?

Having spent 2015 working to engage the local community in conflict transformation in Burundi, COPA will continue its work towards sustainable peace over the next 6 months. Priority actions include:

Katrina Kilkenny is an assistant with Peace Direct's Insight on Conflict project. She is currently studying for an MPhil in International Peace Studies at Trinity College Dublin.
Read more from Katrina Kilkenny 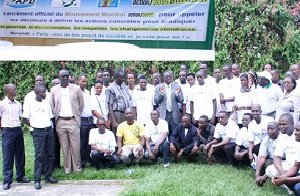 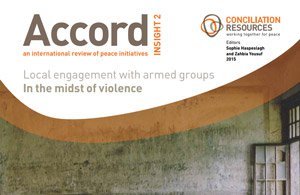 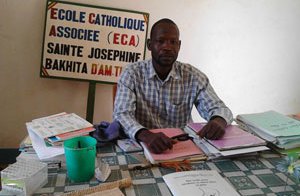