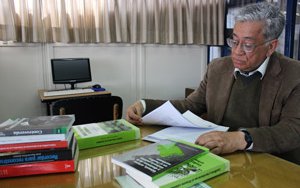 There have been previous attempts in Colombia between the government and FARC to negotiate a solution to the armed conflict. Based on this background and unsuccessful experiences, do you think this process is different from earlier ones?

“Critically, President Santos’ government has recognised and accepted that there is an internal armed conflict within Colombia, between the different races, and social and economic classes. He has also understood that a concentrated and unequal structure of land, such as we have, lies at the roots of much violence. The previous governments of Andrés Pastrana and Álvaro Uribe - in their attempts at building a sustainable peace process - did not accept this; rather, they replicated and reinforced divisive conditions, especially those on the peripheries of the country.

“Another important aspect is that Santos’s government has been influenced by the end of the Cold War experiences of Colombia’s neighbours, such as Cuba, Venezuela and Panama, and helped by those involved. An example of this is Cuba’s Castro family, who, being close to the Colombian rebel group ELN in earlier years has been greatly instrumental in putting pressure on the Colombian government to engage in talks and move forwards. Today, both the government and FARC are actively searching for different ways and solutions so that this situation will not be repeated in the future.”

In your view what are the most novel, or innovative, elements of the approach that have developed this process?

“In my opinion, Pastrana did not have a clear strategy. Santos’ government, however, has a very concrete and specific strategy. It is not promising to change the world, or to fight against capitalism, for example. Instead, it aims to address and find political and social solutions to five principal issues so that these conditions do not repeat themselves in the future: agrarian land reform, political participation, drug propagation and trafficking, victims’ reparation, and transitional justice. The key here is FARC´s acceptance of this agenda, which is far more limited and concrete than previous ones have been.”

What kind of challenges should be considered and overcome when implementing these agreements?

It is important to work with people, and help them understand both the causes of the conflict and the benefits the peace process could bring.
“The biggest challenge is how to create a political and social system that will receive the ex-combatants back into the communities as well as into the political sphere. It is a pedagogical process of learning that will take time.

“Central to this, are the Colombian people. However - other than specific target groups such as victims or those working directly on the topic – they are not involved in the process and do not understand the implications of it. There is no proper strategy with the Colombian people to pedagogically explain the process. Fifty years ago, 25% of the population lived in the cities and the rest in rural areas; today, it is the reverse. So for example, many people in the city do not understand the land problem, and the great impacts this has had on life and the Colombian conflict. It is important to work with people, and help them understand both the causes of the conflict and the benefits the peace process could bring.

“There is also anxiety concerning local political elites, as well as the (lack of) state authority in some areas. In the past, local political elites have boycotted peace attempts, and in my opinion, they will continue to do this. This is a challenge. Somewhat linked to this is the differentiation in state structures and presence across the country; they function well in the cities with their relevant governance branches, but in the rural areas - such as the many hamlets on the periphery - there is a lack of formal authority and institutions. These informal governance structures are largely implemented by local elites and often supported by armed actors. The lack of regulation or functioning of formal state authority in these zones means that they have been run on an ad-hoc basis and become the areas of most violence. So the challenge is how to implicate these actors in the process and find incentives for their support, and use it as an opportunity to strengthen or rebuild state institutions in the regions most affected by the conflict.”

What could the role of local communities and social organisations be in this process?

You have been with CINEP since its beginning 40 years ago, and greatly instrumental in its growth into one of Colombia’s most respected peacebuilding organisations that consistently produces high-level publications and invaluable data on conflict statistics. How do you see the role of organisations such as CINEP in this new horizon of peace that is emerging for the country?

“CINEP holds a central role in this transition period. Due to its long experience in fieldwork and research, it can facilitate in areas where the state is less prevalent and help to strengthen it into a stronger, and more politically respected, one. All our previous work through the years has revealed the need for alternative approaches that can facilitate this process. People who talked about violence 20 years ago talked about it in general terms, as if it covered everything, or could be induced by anything. But we have found that it is not general; rather, it is extremely specific to each area and each moment in time.

“The Colombian conflict is not a religious war. Nor is it a civil war defined by clear black and white lines. It is a conflict with different modalities in different regions, not a fight against specific or rigid determinants. And it demonstrates a very complex, and complete, set of dynamics for which we need to work in a different way.” 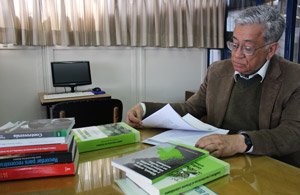