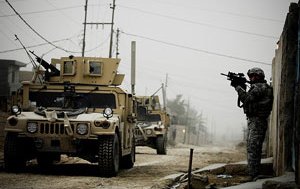 A New Deal? Development and security in a changing world

Development stakeholders need to invest more in understanding local realities, politics and power. This report proposes a ‘new deal’ based on concepts of entrustment and brokerage to help them do so.

A New Deal, from the Institute of Development Studies, argues for a new approach to development in fragile and conflict-affected areas that takes greater account of local issues, as well as a bigger role for local capacity.

Modern challenges to traditional justice: the struggle to deliver remedy and reparation in war-affected Lango

Yet in spite of these challenges, traditional justice mechanisms still operate – albeit in a weakened form – to bridge social fissures in the aftermath of harm. As their purpose is not simply to punish an individual perpetrator, but to restore severed social ties, their continued existence, in whatever form, provides an important process for helping mend damaged communities.

International donors continue to underestimate the importance of peace-orientated civil society and instead attempt to institutionalize, co-opt or marginalize them. As a consequence, civil society has been confined to an isolated political space. Only through the moving of such a ‘peace space’ from the periphery to the centre of society will it be possible to facilitate a locally accepted rather than an internationally-driven peace process.

The analysis of the most important events in 2012 and of the nature, causes, dynamics, actors and consequences of the main armed conflicts and socio-political crises that currently exist in the world makes it possible to provide a comparative regional overview and to identify global trends, as well as risk and early warning elements for the future.

Escola de cultura de pau have released their annual report on conflict, human rights, and peacebuilding across the world - Alert 2013!.  The report is available in English, Spanish, and Catalan.

“We are one, but we are different”: Murle identity and local peacebuilding in Jonglei State, South Sudan

[This policy brief] highlights the importance of understanding cultural specificities and the local political economy and, when it comes to peacebuilding, of differentiating who is responsible for a specific conflict and who has influence over those responsible.

The Murle ethnic group has often been portrayed as one of the main aggressors in conflict in Jonglei State, South Sudan. We are one, but we are different, from NOREF, examines the internal dynamics of the Murle and finds a more complex picture of drivers of conflict.

Theories in Practice is a collaboration between the LSE's Justice and Security Research Programme and the Asia Foundation, assessing "Theories of Change" in international development. The project has recently released examinations of the use of theories of change in the Asia Foundation's community mediation projects in Nepal and Sri Lanka.

Empowering tribal people in the Indian state of Odisha

By Anuradha Kandala: The Folk School of Koraput assists with the development of neglected indigenous tribal people of Koraput, in Odisha state, India. Read more »

What came first? The Internet or the social change?

By Monica Curca: Monica Brasov-Curca looks at how the development of the internet is affecting social change. Read more »

By Samantha Lakin: How a community village and high school for orphans of the genocide in Rwanda is teaching future leaders to dream and become engaged global citizens. Read more »

By Hedvig Alexander: Why giving local artisans access to international markets could be a powerful driver of development. Read more »

The hidden story: male victims of sexual violence in conflict

We’ll do this again sometime: retaining lessons-learned from Iraq and Afghanistan

By Ethan Harding: Why the military must take on board the lessons learned from the engagements in Iraq and Afghanistan. Read more »

Complexity theory and the local in peacebuilding

By Dr. Cedric de Coning: When does international peacebuilding work against building the resilience to violent conflict? Read more »