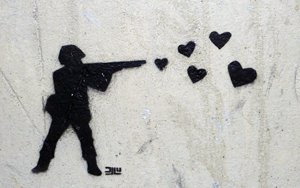 Significant resources need to be invested in developing a CSO’s technical capacity to understand and undercut the drivers of violent extremism and the narratives of violent groups as well as develop metrics to measure the effectiveness of programs.

Supporting civil society to combat violent extremism in Pakistan, from USIP, examines the local capacity in Pakistan to deliver programmes to counter violent extremism, and the role internationals can play to support them. The paper argues that there are significant challenges facing local civil society in CVE programmes and there is an important role for internationals to help develop local capacity.

Innovations in the Colombian peace process

Colombia is becoming a global reference for identifying political solutions to apparently intractable conflicts. In their third major attempt in five decades to reach a negotiated solution to the conflict, the parties to the conflict have taken stock of both their own past failures and lessons learned from other peace processes.

Innovations in the Colombian peace process, from Conciliation Resources and NOREF, looks at the peace process that has led to an historic ceasefire agreement in Colombia. The paper highlights some of the more innovative aspects of the process, and asks what lessons the Colombian example has for conflicts elsewhere.

Peacebuilding in Libya: cross-border transactions and the civil society landscape

Donor money has flooded the civic space both in Libya and, subsequently, Tunisia, but resource use has not fully accounted for regional activities or the needs on the ground in Libya.

Peacebuilding in Libya: cross-border transactions and the civil society landscape, from USIP, examines the effect of cross-border networks between Libya and Tunisia on peace and conflict. The paper finds that these networks have both positive and negative effects, for example strengthening civil society connections, yet enabling arms smuggling, and all efforts to reduce conflict needs to take these networks into account.

Diasporas as catalysts for dialogue: the cases of Laos and Papua

Diasporas and diasporic ethnic-politics are often highly volatile and fractious. However, diaspora communities, particularly in intractable conflicts, can be catalysts for dialogue to help facilitate sustainable peace and reconciliation and contribute to social advancement, particularly if supported by impartial third parties.

Diasporas as catalysts for dialogue, from the Centre for Humanitarian Dialogue, explores how diasporas can contribute to peace processes. The research draws on case studies of Laos and Papua (Indonesia), and looks at the current debate around the role of diaspora in conflict resolution, and how lessons from these two conflicts can be applied elsewhere.

Women's voices in the Bangsamoro

Violent conflict affects everyone but women and girls tend to be the poorest and most vulnerable sectors of society, especially during times of displacements and rehabilitation. These insights into their struggles show how women’s responses to the conflict varied and how their respective contexts shaped their roles during and after the conflict

Women's voices in the Bangsamoro, from Conciliation Resources, documents the personal stories of women affected by the conflict in Mindanao, the Philippines. The stories show how conflict has affected their lives and demonstrate the many and varied roles women can play – from fighters to peacebuilders, community leaders to refugees.

Strengthening legal forms of trade in the Sahel

Ceasefire, de-escalation and prospects for peace in Colombia

The right time for more time in Sierra Leone?

By Abdul Brima: Debate on whether President Ernest Bai Koroma should stand for a third term in Sierra Leone is intensifying. Abdul Brima spoke to civil society for its view. Read more »

By Tornike Zurabashvili: Cultural peacebuilding: a research initiative is allowing archaeologists in Abkhazia and South Ossetia to access Georgian archives on their shared history. Read more »

Burundi on the brink: crisis in central Africa

By Burundi Local-Correspondent: The last 12 months have seen a political storm spiral out of control in Burundi. Our Burundi Peacebuilding Expert describes a year of mounting violence. Read more »

The EU and Africa: a deal set to push more young people on to the boats

Extremism in Bangladesh – part one

By Lina María Jaramillo: This is the first part of a series of articles looking at peace trends in Colombian civil society.  Read more »

A graphic threat: using comics to combat stereotyping in Kyrgyzstan