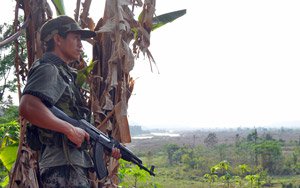 Since its separation from the British Empire, Myanmar (also known as Burma), has been in constant conflict. Several ethnic armed groups have taken up arms against the government demanding equal political, social, and economic rights. One of the country’s longest insurgencies – and one of the longest in the world – has been in Kachin State, which has been the site of many brutal military offenses since the 1960s. Through rebel groups and local community organisations, the Kachin people have been pushing back against what they see as the government’s exploitative economic plans. Lately local organisations have developed peacebuilding initiatives to voice their grievances.

Following broken government promises of greater political autonomy, the Kachin Independence Organisation (KIO) was established by veterans of WWII in the hope of creating an independent ‘Kachinland’. Decades of fighting began to take its toll and in the early 1990’s the KIO began to desire a political solution. The KIO took the lead in creating negotiations for a ceasefire for all armed groups and to be followed by political dialogues. Unfortunately, divergence and disagreements were rampant among the other armed groups, compelling the KIO to create their own agreement with the government in 1994.

The ceasefire of 1994 was not a political settlement, it was a truce. During the times of ‘peace’, the Kachin people took matters into their own hands by taking formal administrative autonomy over the area. Wanting more influence in government affairs, the KIO attended the National Convention which sought to create a constitution in 2008. However the KIO was not allowed to significantly contribute to the drafting, nor was discussion of any ethnic grievances possible.

In the lead up towards the 2010 elections, the government pressed the Kachin Independence Army (KIA) – the armed forces of the KIO – to transform into border guard forces for the state. The KIO refused leading to pro-KIO politicians being removed from the election ballot, and the electoral commission preventing the registration of Kachin parties and independent candidates. This stirred tensions and helped reignite the conflict in 2011, after the new government had taken office.

One of the reasons fighting resumed was because of the construction of dams by the Burmese government in partnership with foreign investors without local consultation. These construction areas have been responsible for displacement, environmental degradation and damage to heritage sites in Kachin State. The KIO have repeatedly clashed with Burmese troops, often provoking the capture, torture and murder of KIO personnel by the national army.

On May 30 2013, after many failed attempts for dialogue between the two sides, China brokered a seven point agreement, agreeing to:

Since the agreement was signed there have been ongoing conflicts between the KIO and government forces. Citizens from the Mansi and Putao area have been particularly badly affected by the violence, which has forced people out of their homes and into nearby refugee camps. Local organisations , in partnership with international organisations, have written joint statements to international officials and to the Burmese government urging an end to hostilities, and promoting the continuation of political dialogue in Kachin.

In October 2013, a new preliminary peace agreement was signed, an event both sides intend to be the first stage in a process that will lead to a permanent peace agreement. It has improved KIO and government relations by establishing cooperation to monitor clashes, and to arrange the resettlement of displaced peoples. It also reconfirmed the commitment to continue working with the previous May agreement.

At the end of October, a conference at KIO headquarters in Laiza comprising of 17 organisations was held, and led to the creation of the Ethnic Armed Organisations of Burma. It convened to establish a Nationwide Ceasefire Coordinating Team in order to reach an effective ceasefire deal, design policy frameworks for political dialogue, and hold political dialogues. Following the conference, a dialogue was held between the organisations and the government in November which was lauded by a UN adviser as a success.

However, the second ethnic conference in January 2014 experienced disagreements surrounding the strategy of reaching a nationwide ceasefire. One prominent dilemma was deciding if political dialogue should come before an agreement (as per the views of some armed groups, especially the KIO), or if a ceasefire should be signed before dialogue begins. The ninth ceasefire draft was signed at this meeting, but a tenth was established as a work in progress for both the armed organisations and the government. It is predicted that a ceasefire agreement will be reached in late July, which will need parliament approval afterwards, with political dialogue likely to be held in mid-2015 or after 2015.

Despite progress from rebel groups and officials to formalise peace in the nation, the situation on the ground remains dismal with IDP numbers growing, and humanitarian access limited to those most in need. Over 100,000 people have been forced to leave their homes in Kachin since hostilities resumed in 2011. Teams have been sent to investigate villages, finding wrecked infrastructure and total desertion of areas.

Humanitarian aid and access is sporadic. International NGOs can gain passage into government-controlled areas easily, but the KIO areas are blocked where most of the IDP and refugee camps are located. Only a limited number of UN convoys have been allowed to enter the rebel-controlled areas, the first aid convoy in nearly two years was delivered in September 2013. The continued displacement of people has placed pressure on the supplies of food, medicine, clothing, blankets, shelters, and sanitation equipment. IDPs must rely on community organisations for their basic needs.

Due to this restricted access for international organisations, local organisations are playing a vital role in providing humanitarian assistance and peacebuilding activities.

Peacebuilding organisations in Burma are primarily not recognised by the state – some are officially registered with the government, but most are not. Registration is long and complicated, and affiliation with the government requires heavy monitoring and evaluation of activities with a loss of independence.

Community organisations typically have connections to larger national or international organisations in which to utilise standards and funds. Local organisations take pride in ownership of projects with a limited presence of institutional donors. Despite the risks of threats and intimidation from authorities, and potential arrest, torture or death for dissent from the military-ruled state, local organisations are resilient and have many programmes dedicated to peace and reconciliation for their communities.

Some examples of these organisations include:

Local peacebuilding organisations are playing a vital role in improving the situation in Mynamar. The unique access of locals means that they are able to reach areas that international organisations are excluded from. At this crucial time of transition for Myanmar, this role is becoming ever more crucial.

Sandra Ivanov completed her postgraduate education at the National Centre for Peace and Conflict Studies in New Zealand. She has long-standing involvements with community and youth organisations, and currently works in the NGO sector. Sandra is a freelance writer and is an editor of the blog ‘Conflict and Security: Thoughts on Conflict, Security, and International Relations’.
Read more from Sandra Ivanov 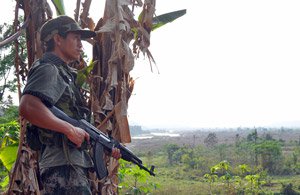