Since 2007 people in Amuru have been subject to forceful evictions, torture, intimidation and all kinds of physical and psychological trauma. Their response to such actions has been a hardening of people's views of those responsible, as one man lamented “I am not afraid to be killed for the right cause, this is our land”. It is important to know the truth about the land dispute, and how best to arrive at a resolution. The challenge is that, given the differences of the parties involved and the absence of a meaningful mechanism and response to land disputes in Uganda, the dispute in Lakang is likely to remain unresolved.

Background to the conflict

To understand the conflict, it is important take into consideration the historical legacy of the Lord’s Resistance Army (LRA) conflict and the subsequent displacement of people from the area. As the conflict died down and people began to return and resettle, much of northern Uganda experienced increasing land disputes at all levels of society - from family and clan to sub-county and district levels. This potential for conflict was exacerbated as district borders were redrawn and outside investment came in to take advantage of the oil and mineral deposits in the region.

How should development proceed?

It is clear is that everybody in northern Uganda wants development. Development is needed, the open question is how should it be done. The last time I visited Lakang I was told that the President had visited the area to launch a sugarcane plantation project. Though this would sound like development to many Ugandans, it has never sounded right to the locals of Lakang. The people of Lakang had two causes of concern: one – they alleged that they have not been consulted, and two; on whose land is the sugar cane plantation going to take place?

What I learnt from the locals was that they are being conditioned to trade their land for any kind of development, be it for education, health and other vital infrastructure. To the locals of Lakang, unless they are meaningfully engaged and consulted, it shall be difficult to implement and sustain a sugar cane development project.

The scenario in Lakang is unique and has been described by two widespread beliefs among locals. The first is that the areas status as a game reserve is used as a pretext to use force and intimidation to evict locals from the land. The second belief is that some individuals are benefiting from the areas rich mineral wealth, without compensating the locals.

These beliefs  whether perceived or real, have been serious sources of discontent in Lakang. A deeper understanding into the land interests and disputes in Lakang need to be understood - and quickly. The oral narratives - such as “I was a major”, “If we had guns” - that characterises discussion in this volatile area highlights the frustrations and discontent and must not be ignored. What is important at the moment is speak the truth and meaningfully engage the affected population. 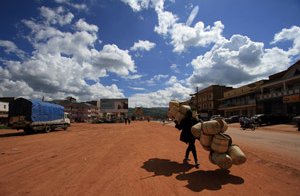 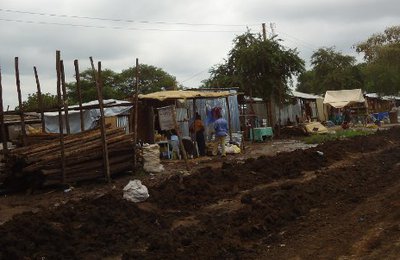