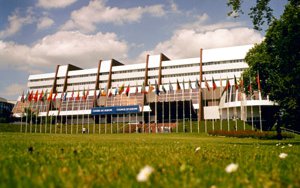 Georgia of Europe committed to protecting minority and language rights when it joined the Council of Europe. Image credit: Council of Europe/Wikipedia.
Language is a highly politicised issue in Georgia
Georgia is the most ethnically diverse country in the South Caucasus, with ethnic minorities comprising up to 16 per cent of the country’s population, according to the 2002 census. They include Abkhazians, Ossetians, Armenians, Russians, Azeris and other groups. Most of the minorities have had a presence in the region for centuries. This diversity creates a big challenge for the government, as national minorities have particular needs and desires, especially the preservation of their own culture and language.

Linguistic rights in particular are very relevant to minorities, as language is often a key element of group identity and is used as a means of self-preservation. In the same way that minorities see language as a touchstone of their identity, the authorities use language policies to try to assimilate minorities into the majority group, in order to avoid nationalist demands and the threat of segregation.

Georgian as a tool of Georgian nationalism

Language is a highly politicised issue in Georgia. With the fall of the Soviet Union (and the years before that) the Georgian language became the most relevant element of Georgian nationalism in the struggle for national independence. It remains important today, as can be seen in the use of language as a tool for political aims.

According to Article 8 of the Georgian Constitution, the only official language in the country is the Georgian language, alongside the Abkhazian language in the occupied territory of Abkhazia. However, there exist large linguistic communities where Georgian is rarely used. This is the case, for example, in the Kvemo Kartli and Samtskhe-Javakheti districts, which have Azeri and Armenian communities, respectively.

According to a study carried out in 2014 by the Levan Mikeladze Foundation, the majority of the Armenian population of the Javakheti prefer to get medical treatment in Armenia, due to their lack of appropriate knowledge of the Georgian language.

In the creation of post-soviet Georgia, the new government failed to integrate minority groups. Instead, the Georgian language was used to build up the new nation-state, thus creating a large nationalistic movement in Georgia that made minorities feel excluded, further isolating them from the majority population and from political participation. In recent years, the idea of minority integration has continued. In September 2011, for example, the former President Mikheil Saakashvili started a programme to improve the knowledge of Georgian language among ethnic minorities called “Georgian Language for Future Success”.

Language and the law in Georgia

Integration cannot be only one-directional
Of course, it is important that minorities are able to speak the majority language, in order to be integrated into society and so that they can participate in decision-making and political processes. However, perhaps promoting minority cultures within the majority population should also be a priority, in order to promote multiculturalism and tolerance. Integration cannot be only one-directional, or else it is assimilation.

The role that public opinion plays in younger generations is paramount for their self-identification. Promoting just the majority culture leads the younger generation of national minorities to believe that the majority culture is more important, and that it is better than theirs: which in turn leads to an abandonment of the minority culture and a loss of cultural wealth. Or it can also backfire and lead to a radicalisation of minorities, who feel that they are left with no other option than to seek independence.

Georgia’s legislative framework for the protection of national minority rights includes international treaties. When Georgia acceded to the Council of Europe in April 1999, it committed itself to signing and ratifying the Framework Convention for the Protection of National Minorities (FCNM) and the European Charter for Regional or Minority Languages (ECRML). The former was ratified in December 2005; but the latter remains unsigned. Nevertheless, in April 2013, members of the Georgian government publicly confirmed their will to ratify it, and in June 2013, a high-level Inter-agency Commission was established for this purpose, among others.

The benefits of a nuanced approach

The ECRML is the only international convention aimed at preserving and promoting minority languages. Granting minorities their linguistic rights shows a commitment to including them in society. It is a step toward trust building between authorities and minority groups, a step toward a stronger state. If Georgia were to ratify the ECRML, the fear of assimilation would diminish. In addition, if minorities like the Armenians or the Azeris felt included within the Georgian state, and that Georgia recognised that their languages and cultures were part of the cultural wealth of the country, they would not seek education or cultural development in their kin states.

If this were to happen, it would be highly beneficial for Georgia, which is already facing threats to its integrity in the occupied territories of Abkhazia and South Ossetia. The ECRML should be used for minority groups to feel that they are a necessary part of Georgian society and culture. Civic integration is vital for a truly democratic society. The ratification of the ECRML by the Georgian government would improve the cultural rights of minorities, which would be in accordance with European minority standards. In addition, it could also lead to a long-term objective, which is the avoidance of potential ethnic conflicts and tensions that arise when minority groups feel uncomfortable within the society they live in.

Sandra Veloy has a range of experience with the Council of Europe and other organisations working on minority rights and language issues.
Read more from Sandra Veloy 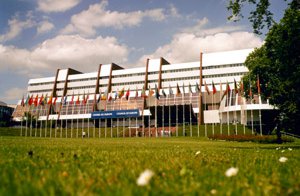