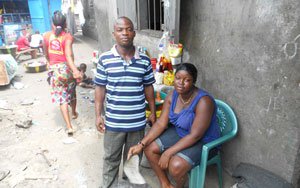 For many Liberians living in the low-income, high-density neighborhoods of Monrovia, life is a daily struggle. Land disputes, drug problems, domestic abuse, and a lack of basic services, among other issues, are pervasive.

When citizens face legal challenges, the lack of legitimacy, affordability, accessibility and timeliness of the formal justice system often prevents any feasible recourse. Extensive bureaucratic red tape coupled with transportation and legal costs, lawyer fees, and opportunity costs of foregone work make the justice system not only physically but also financially unavailable to many.

The judiciary and police were recently ranked as the most corrupt set of institutions in the country by the government itself - which not only undermines any sense that wrong-doing will be punished but has hollowed out trust in public processes more broadly. As one citizen pointed out to us recently: “There is simply no justice for the poor.”

Thomas Tweh, a community leader in the West Point neighborhood, had an innovative idea to resolve these justice issues at the local level. His plan was not to avoid or override the formal justice system, but to collaborate with the police and commissioner’s office to refer cases downwards from the courts to a community dispute resolution mechanism run by volunteer mediators.

“The key to this is that the disputes are resolved in accountable and sustainable ways,” Thomas told us. The outcome was to be a process that merged formal and informal tools for accountability and justice in a way that was seen to be fair and equitable by the community, and which saved time, money and effort.

With the Accountability Lab’s backing - in the form of accountability and rule of law training, management support, minimal seed funding and networking opportunities - Thomas and his project co-leader John Kamma developed a Community Justice Team of 8 volunteer mediators. The team has now worked with hundreds of citizens and sustainably resolved over 60 cases, ranging from domestic violence to land disputes - each with carefully written records taken by a trained notary and with the full cooperation of local authorities. Beyond the thousands of dollars and weeks of time saved, the Community Justice Team has started to build a sense of accountability, cooperation, and trust in the community. We are now talking to both the Ministry of the Interior and the Justice Ministry in Liberia about next steps.

Lack of accountability at root of most development challenges

The project reflects the Lab’s “accountapreneurship” approach, through which we incubate citizens’ high-impact, low cost ideas for fighting corruption and building accountability in their communities. We believe that a lack of accountability between citizens and power-holders is at the root of almost all development challenges; particularly poverty, inequality, and insecurity - and that local people are the best source for devising and implementing solutions to the problem.

As in the business world, development organizations must also learn to take risks, consider demand before supply, and build on capacity that exists to maximize outcomes. To see real results, aid initiatives must shift away from traditional reports, workshops and training and instead focus on catalyzing tangible, sustainable tools. For too long, the imperative within development has been to spend money and tick boxes; rather than think coherently about how to spend sustainably and how best to ensure that feedback loops are built between citizens and governments.

The Lab is currently supporting nearly 20 accountapreneurship projects designed and implemented by creative citizens in Liberia and elsewhere. The key to the accountapreneurs’ success is their understanding of, and commitment to the local context. The Community Justice Team, for example, have witnessed and/or experienced first-hand the issues that create conflict in the West Point community, and are therefore expertly qualified to mediate and resolve cases with empathy, fairness and legitimacy.

There have been huge challenges, of course - trying to change the way entrenched practices take place tends to meet with resistance, and we’ve made mistakes. But we’ve also learned lessons. We’ve found that even when initiatives are locally-led, their level of impact and sustainability depends upon the collective participation of community members and civil society organizations.

At the Accountability Lab we look at failure as a learning process - mistakes are wasted if they are not embraced and used as a way to improve in the future. Too often, organizations are scared to admit that their programs are not as effective as they had hoped, which means that problems are ignored, results are fudged and the same challenges persist. It is only when we can accept failure and build upon it that we will be truly able to improve development outcomes.

We also need to learn to be patient in order to achieve real lasting results. Sometimes it takes time to gain a community’s trust even when the idea comes from within the community itself - as citizens have become used to unfulfilled international promises. As we help other neighborhoods in Monrovia adopt the Community Justice Team model, we plan to work with accountapreneurs to put more of a focus on consistent community engagement right from the beginning. As it becomes integrated into the community, our hope is that citizens can then play an active role in improving the model, providing feedback on how to best address their needs.

Moreover, building constructive relationships that allow for creativity is not a process that happens overnight - it also takes time. Of course, funding and operational sustainability are continual concerns, as we’re not requesting nor accepting government donor funding in order to ensure that we maintain maximum flexibility and objectivity. As has also become clear, accountability is not an issue that lends itself to revenue-based models or user fees either, like some other kinds of social enterprises - although we are beginning to find innovative ways to generate revenue streams, like our accountability tours.

We’re making progress. We have an incredible team who are making every penny count towards positive change through support for accountapreneurs like Thomas Tweh. We’ve worked to try and establish partnerships with other organizations that can help us maximize our impact. And from the outset we’ve embraced failure as a learning process. There is a long way to go, but the potential is significant and the signs are positive. 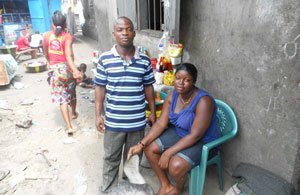