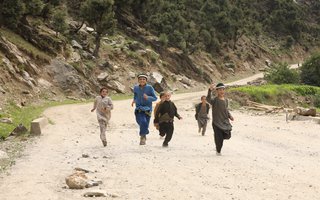 As the United States works with two dozen countries around the world to resettle Afghan refugees in the US and elsewhere, host communities will be introduced to a large and sudden arrival of displaced people. The mass flow of migrants and refugees typically gives rise to tensions in destination countries. This is often seen through social and cultural anxieties, exacerbated by anti-immigrant rhetoric and misconceptions about the economic impact of refugees, and the general shock of abrupt change to the fabric of local communities. Locally-led peacebuilding is fundamental to resettlement projects to address and prevent these tensions from escalating.

The United States’ 20-year war in Afghanistan and abrupt withdrawal have highlighted the direct relationship between violent conflict and displacement. The over-militarized approach of US foreign policy to conflict has ignored post-conflict dynamics. Prior to President Biden’s push to end the US involvement in Afghanistan, just over 97,000 Afghan refugees had been resettled in the US in the past two decades. Since August 2021,124,000 people have been evacuated from Afghanistan in a mere 17 days. Nearly 70,000 are new refugees currently in the process of being resettled in the US. According to UNHCR spokesperson Shabia Mantoo, this number will continue to rise with some estimates reaching up to half a million Afghans being forced to flee by the end of the year. Mass displacement is happening before our eyes as a direct result of violent conflict.

Conflict-induced displacement has accounted for the forced migration of millions of people in the last several decades. As large-scale resettlement projects take place, local peacebuilders can pave the way for civil, safe, and dignified resettlement processes that are relational and collaborative between refugees and host communities.

The role of peacebuilding in resettlement

With over a thousand visas being processed weekly, displaced Afghan men, women, and children seeking refuge will be resettled in communities across the United States. Many refugees will face language and cultural barriers, while dealing with the effects of their own conflict-induced traumas. This is a moment that calls on the United States to welcome refugees, to recognize their pain, and to display the generosity and solidarity with other humans that has so often been emblematic of this country to those coming to our borders seeking refuge.

Citizens of host countries typically expect assimilation from refugees. This assumes that refugees have an obligation to adapt to the customs and cultures of the host country. However, these expectations sometimes give rise to feelings of resentment and animosity between refugees and host communities. Proponents of refugee rights and immigration justice advocate for local-integration, which is a multi-dimensional process involving legal, economic, and social elements. These are important factors for many refugees scrambling to adapt to their new contexts. Nevertheless, despite good intentions, integration efforts can sometimes replicate some of the same consequences associated with assimilation.

This is a moment that calls on the United States to welcome refugees, to recognize their pain, and to display the generosity and solidarity with other humans that has so often been emblematic of this country to those coming to our borders seeking refuge

If resettlement projects involve one-sided demands for adaptability, learning, and conformity from refugees, the outcome can be the erasure of the refugees' culture and identity. This is a continuation of the violence of displacement. Since the economic and social processes of integration will largely take place within communities themselves, it is locally-based organizations, agencies, and leaders who typically oversee these processes. This is where local peacebuilders can step in to ensure that resettlement projects recognize the agency of refugees and are mutually beneficial.

Meeting basic and immediate needs are the foundations of successful resettlement projects. Supporting peacebuilding is also crucial in this phase: focusing on empowering communities through a time of change, and long-term conflict prevention. Local-integration efforts typically include English (or native) language courses, job skills training, and computer training - programs that strive to promote refugee's self-sufficiency in the long-term. These services and resources are undeniably useful for refugees seeking support integrating into their new contexts. However, understanding resettlement as a form of peacebuilding presents an opportunity for local populations to look inward and consider what resettlement asks of host communities to welcome refugees.

Mutual accommodation is key to constructing long-term and sustainable peace among multicultural communities. Historically, when socio-cultural and economic anxieties are stoked by hateful narratives and dangerous messaging about immigrants, the outcome has been discrimination or violence toward refugees. Especially as debates around immigration continue to polarize our political spheres, local leaders must work on the ground to counter messaging that puts refugees at risk of being targeted. Research demonstrates the chance of an American being murdered in a terrorist attack by a refugee is about 1 in 3.86 billion per year, while the annual chance of being murdered in an attack committed by an illegal immigrant is zero. It is up to peacebuilders to facilitate constructive relationships that dispel these alienating myths.

Integration is a two-way street

There are countless ways that local peacebuilders ensure that integration works both ways. For example, while many resettlement agencies offer English language courses, community centers can establish foreign language courses so that local people can gain a baseline fluency in the languages spoken in refugees’ origin countries. Tackling the language barrier requires a mutual effort by both refugees and local populations. Even learning a couple of words of greeting sends a message to resettled people that they can feel safe and welcome to speak in the languages of their homeland. Similarly, while resettlement agencies offer job training programs for refugees, local peacebuilders can facilitate networking between local employers and businesses and refugees so that existing professional competency is recognized and cultural barriers to job force integration are minimized. Refugees' affinity for entrepreneurship is an opportunity for local people to rally around their new neighbors by supporting refugee-owned businesses. Additionally, while refugees with professional backgrounds have to jump through hoops to have their foreign degrees recognized, local peacebuilders can help to ease these complicated bureaucratic processes. Practical steps like these serve as the foundation for enabling refugee agencies and for the broader social acceptance of refugees among host populations to take place.

Beyond functional integration efforts, local peacebuilders play a vital role in preventing violent conflict. Local organizations, religious groups, and community leaders build meaningful kinship between host populations and refugees in a variety of creative ways. From large scale projects such as housing refugees within local families to small scale dinner exchange programs, the key to addressing tensions is building genuine community and kinship. Empathy, hospitality, and inclusion cannot only be signed into law or policy. It is primarily modeled by community leadership and made stronger one interaction at a time. Local peacebuilders recognize that peaceful and inclusive coexistence happens because of the value of cultural and ethnic diversity.

From large scale projects such as housing refugees within local families to small scale dinner exchange programs, the key to addressing tensions is building genuine community and kinship

The positive impact of resettling refugees goes beyond our local cities and our national borders. Displaced peacebuilders continue to play a critical role in peacebuilding efforts in their countries of origin. Through remittances, social capital, and political engagement in their host countries, displaced people continue to courageously contribute to post-conflict rebuilding efforts globally. While resettlement offers refuge, many leaders and activists stay until they can return to their country of origin and contribute to post-conflict peacebuilding efforts directly.

While the impact of peacebuilding on a local level is often underestimated, the collective of small-scale action adds up to a world made stronger and more peaceful in the aftermath of devastation and displacement. Locally-led peacebuilding paves the way for reconciliation and the prevention of further outbursts of violence and displacement. If you feel called to engage in local peacebuilding, look out for resettlement projects happening near you and get involved with making your host community welcoming to refugees. The time, energy, donations, and action of everyday people at the local level are the building blocks for long-term and sustainable peace worldwide.

Elsie Mares Elsie Mares is Peace Direct's 2021-22 Scoville Peace Fellow.
Read more from Elsie Mares
Disclaimer: The views expressed in this article are those of the author and do not represent the views or position of Peace Direct. 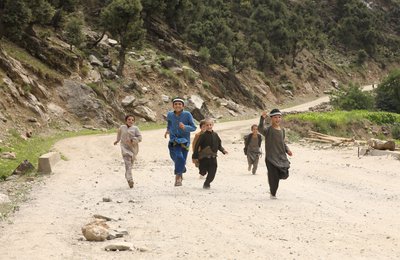