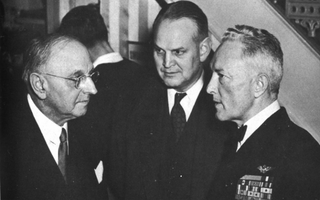 How do we restore trust and bridge divides in a world of increasing uncertainty?

‘The Man Who Built Peace’ is a new documentary film which shows how the story of Frank Buchman inspired a worldwide movement of changemakers in conflict resolution, peacebuilding and social cohesion, which is profoundly relevant today. It is being launched in London on June 7th at the Royal Geographic Society, Kensington, before a regional UK tour. The film shares a message of hope and conviction from a man who believed that everyone, and therefore anyone, can change the world – and that it starts from within.

Many of the world’s problems – and their solutions – are rooted in human nature. Greed and indifference lead to injustice, poverty, conflict and environmental destruction. Yet it is also in human nature to be caring, courageous and creative. The advent of an uncertain social and political landscape in various countries around the globe which we see returning today creates an urgent need for positive role models - inspiring individuals devoted to the greater good of their communities and society. We continue to face issues of poverty, conflict, extremism, disease and war, and seek ways to reconcile them. Global challenges can be overcome if people embrace visions and values which lead to reconciliation, economic and social inclusion, inter-generational and inter-faith understanding and cooperation.

A vision and legacy of peace

Frank Buchman (1878 – 1961) was a thinker and leader whose trust-building and peace efforts had far reaching influence in the 20th century. He advocated transforming society through changes in human motives and behaviour, starting with himself. By inspiring honesty, cooperation and friendship amongst people and nations he helped to bring individuals, communities, industry and countries together in order to overcome the barriers that prevented them moving forward. In 1908, while visiting England, Buchman had a spiritual experience in a church in Keswick, Cumbria, which altered the course of his life. Throughout the 1920s he was a frequent visitor to Oxford University, and his gatherings of young men to discuss issues and pray soon became a powerful force, which was named the Oxford Group. Despite his legacy, his work remains largely unknown.

It was at a meeting of 3,000 people at East Ham Town Hall, London, on 29 May 1938, as the world was on the brink of war, that Frank Buchman launched MRA – Moral Re Armament, calling for 'moral and spiritual re-armament' as the way to build a 'hate-free, fear-free, greed-free world'. Rather than arming the world with weapons, he wanted to see it armed with values.  MRA went on to work in countries all around the world, and in 2001, changed its name to Initiatives of Change.

Those values that Buchman subscribed to in the early days continue to be of importance today. Initiatives of Change emphasises the profound connection between the personal and global: when people and relationships change, so do situations. Their vision is of a just, peaceful and sustainable world to which everyone, responding to the call of conscience, makes their unique contribution, and their mission is to inspire, equip and connect people to play their part in building a better society.

Initiatives of Change emphasises the profound connection between the personal and global: when people and relationships change, so do situations.

Using the values of honesty, selflessness, love and purity of heart as practical tests for motives and daily actions, they support people to be the change they want to see in the world, as Buchman did.

Reconciliation and healing through film

Through archival footage, interviews and testimonies ‘The Man Who Built Peace’ documents Buchman's unique peace-making approach of transforming society through personal change and reconciliation. Director Imad Karam, cameraman John Parker-Rees and co-producer Kelly Burks travelled across the United Kingdom, Europe, South America and the United States before heading to India, Japan and South Korea for further filming. They spoke to individuals whose lives had been profoundly changed by Buchman’s teaching and message. Dave Allen, who knew Frank from childhood stated that an encounter with Frank Buchman became, for almost everyone he met, the transformative encounter of their life: ‘Frank’s challenging conviction that…YOU, the ordinary man…could have a part in remaking the world.’

Films can indeed act as a catalyst for peace and reconciliation by showing inspiring real-life stories that demonstrate that it is possible to move beyond conflict and hatred towards healing and friendship.’

'As a filmmaker, I believe audiences derive and decode in their own way the messages expressed in the film and reflect them in and on their own lives,’ says Karam.  ‘I believe that Buchman’s message is very relevant to our times where our world is at a crossroads and there is so much pain, poverty and mistrust. Films can indeed act as a catalyst for peace and reconciliation by showing inspiring real-life stories that demonstrate that it is possible to move beyond conflict and hatred towards healing and friendship.’

Co-producer Kelly Burks finds inspiration in Buchman.  ‘From my own perspective, Buchman inspires me as a character who listened for direction, found some courage and took action. The belief that personal change leads to societal change aligns closely with my own conviction and work.  There is no peace if there is no peace within.’

The film tells the story of a man who changed the world and built a movement that continues to impact the world today. It shares a message of hope and conviction. Everyone can change the world – it all starts within.

To buy tickets to the London premiere on June 7th head to https://www.eventbrite.co.uk/e/the-man-who-built-peace-documentary-film-launch-tickets-42627902203.

Tickets are £10 for adults and £7 for concessions.

For more details on the film project, launch events, and to donate to the Global Giving campaign, please visit uk.iofc.org/man-who-built-peace

Conflict prevention and early warning Culture, media and advocacy Dialogue and mediation
Disclaimer: The views expressed in this article are those of the author and do not represent the views or position of Peace Direct. 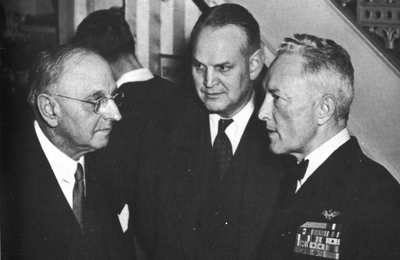